We planned to set off at 10am but that didn't quite happen. We untied at 10am but then a boat appeared from ahead so I just floated a short way from the bank to let them pass, but then a boat came from behind us and passed between me and the oncoming boat, unfortunately the oncoming boat went to wide and ended up aground. So we spent the next 15 minutes helping them get free before heading towards the top of the Atherstone flight. There were two boats waiting to go down so we went to the services and topped up with water while we waited, The tank filling coincided with our turn for the locks, so that worked well. Somewhere on the beginning of the flight we picked up another stowaway who was put ashore at the first opportunity. 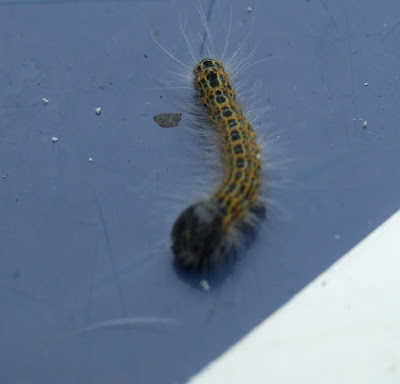 It was pretty much one up one down until we left lock 5 and ten we met nothing. When we got to the pound below lock nine the reason for the lack of traffic  was that lock ten had damaged top gate and CRT were on their way, It seems that the gate had lifted and its possible the cill has been damaged. CRT had the lock open again about 4pm but were working boats through but were unable to leave it open overnight, so at 5pm the padlocks went on until tomorrow morning when they will put the stop planks in and look closer, so I expect we will be hear until at least lunch time, still the view from the back hatches isn't too bad. 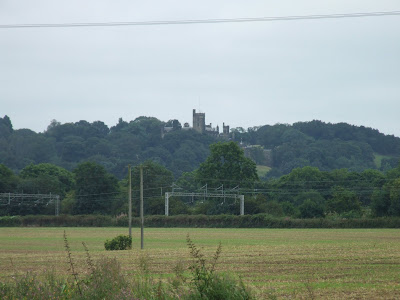 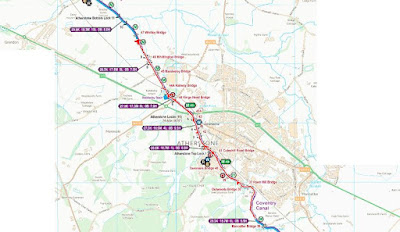