This morning we got up to the sound of strimmers and clippers, CRT were cutting all the weeds that were about to take over the moorings. These moorings are made of recycled plastic so need these notices on them. 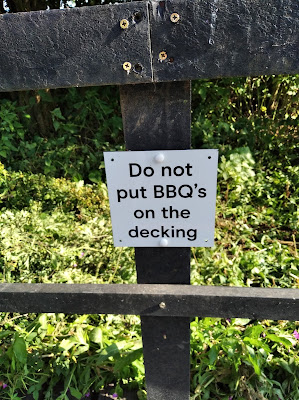 First port of call this morning at 9-30am when they opened was Sutton Wharf café for a full English and hot tea, once that was sorted we wandered up the the Battle of Bosworth visitor centre which I felt was a lot of money for what was on offer, mainly information boards and videos, there were a few exhibits like armour and weapons, I suppose its not to bad if you live locally as the ticket is good for 12 months, but how often would you want to go. we wandered back down to the boat and set off about mid day.  Those of you that are boaters may already know that Biffa have lost the contract with CRT so all the Biffa bins have been removed from the bin store, this hasn't stopped someone dumping a fridge and grill there, probably both from a boat. 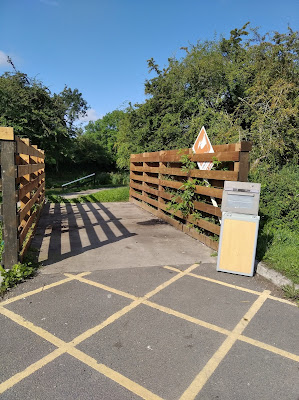 By now the canal and the wharf were quite busy with both water points in use and all moorings full. Looking back I could see that there was now one new bin in the compound, Biffa had between 4 and 6 as there is also a lot of full time moorings on site.
Our next port of call was Ashby Boats to get the black tank emptied, there was a hirer here filling with water, he couldn't get in at Sutton, his first words were to apologise for holding me up. It seems the boat between us gave him a hard time for going slow at the same time a moorer had a go for passing too fast. Those comments really didn't make his day.
George had a go on the tiller today, he is not to fussed about driving and is happy to sit and watch the world go by. 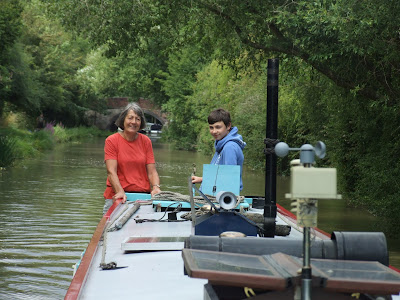 We left the Ashby and turned left onto the Coventry Canal and made our way past Charity Dock, another canal first for George. We only went a short way after this until we moored up I demonstrated my skill burning sausages on the BBQ 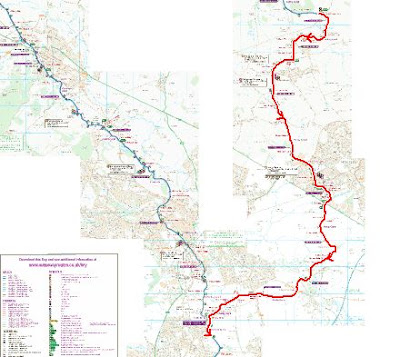 Hi, Brian and Diana, thank you for your very informative blog, I always enjoy reading it. I was sad to read about the hirer who got flak for being both too slow and too fast! We should encourage hirers, who may help to keep the cut alive. Some private owners are far too miserable.I am sure you reassured the poor people that they weren’t doing anything wrong.