A little late getting away this morning at 10-30am, again we met quite a few boats 12 in the first four miles. We were following a boat at tickover but they pulled over and let me pass, I think the boat was new to them. I also had the pleasure of seeing two more Water Vole swimming across the canal, they were too far ahead to photograph. Due to the lack of rain the flooded field beside the canal about half a mile from Hawkesbury is almost dried up so you can imagine what is happening with reservoirs. 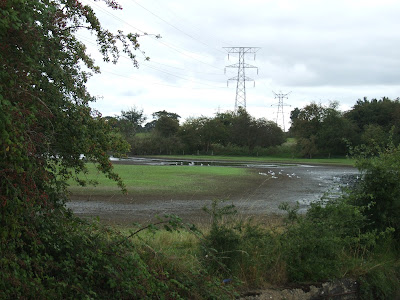 We arrived at the stop lock just as a boat was leaving and there was another waiting to enter, so as I worked the lock assisted by the waiting boater Diana was able to dump the rubbish. She was able to rejoin me just as I left the lock and before negotiating  the 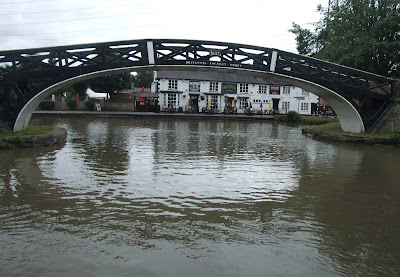 bridge in front of The Greyhound. I didn't do it in one as the boat waiting come into the lock was floating about mid channel in front of the pub.
As we made our way along the Coventry Canal and passing under bridge 17 I tried to take a better photo of the row of beer cans laying along the ledge between the two bridges, definitely some dedicated drinkers going there. 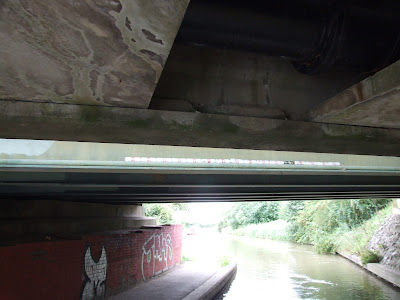 I can't help looking at this house evert time we pass, it always looks to me as if the balcony runs under the eaves and into the end on extension when all it is, is a mirror on the wall at the end of the 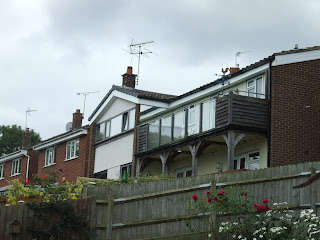 balcony.  It really plays with your mind and what you are really looking at. 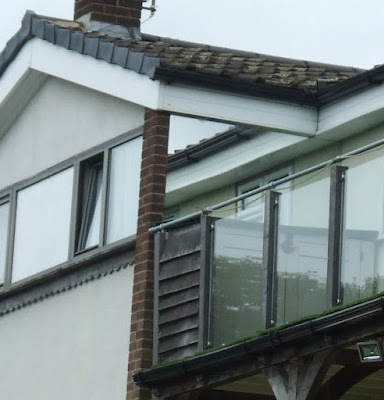 We carried on finally mooring for the night at Mancetter Bridge. Since we have been here there have been several boats going by in both direction, 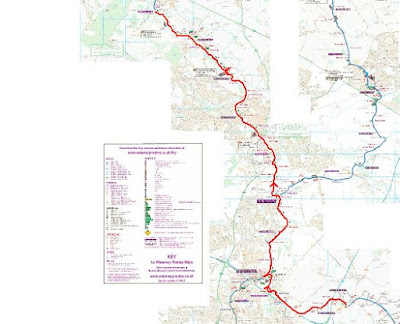