There were only about three boat moored at Sutton Stop last night which is unusual. The Greyhound had a live band on until about 10 pm. and after that there was only the background sound of the M6. We left this morning a little after 10am. with several boats on the move in both direction, We had just passed the entrance to The Coventry Cruising Club when several boats emerged I assume for the weekend. 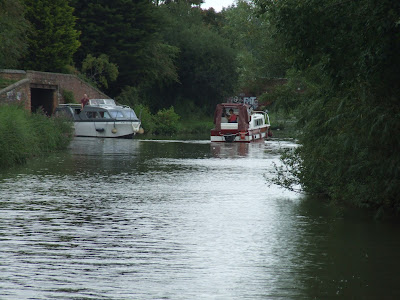 The sky was very overcast and we could see rain all around us, it wasn't long before it was our turn with very heavy fine drizzle, the type that just wets everything. Thankfully it didn't last long and after lunch we even had sunshine as we made our way into Rugby, last chance to stock up before heading for the South Oxford. When the team returned from the shops we decided to push on a bit, it was a lovely afternoon with lots of boats moving through the narrows of Rugby created by boat each side. We considered stopping below Hillmorton locks, but as we need water and knowing how slow the tap is if there is a second boat we decided to fill tonight. This of course meant we had passed all the moorings so it was up the three locks with no help from a Volockie, but we managed. The moorings above the locks were packed all the way to the bridge. There was a space immediately through the bridge but the second boat had a noisy generator running so we pushed on past the next 10 moored boats to find a space and we could still hear his genny at gone 8pm. 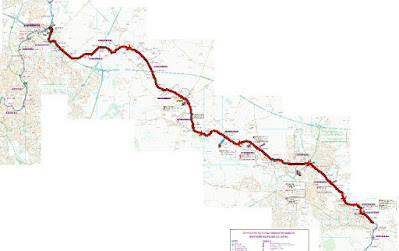