This morning I decided to wander down to the lock at 8-30am. The CRT chap was back and he had two cruisers coming up in the lock and said he would get as many boats down as he could before the rest of the team arrived with stop planks etc. There were only a couple of boats coming up and then it was all down hill traffic, We had just cleared toe lock when the other team arrived with the stop planks all balanced on square plastic floats. One chap pulling and one onboard steering. 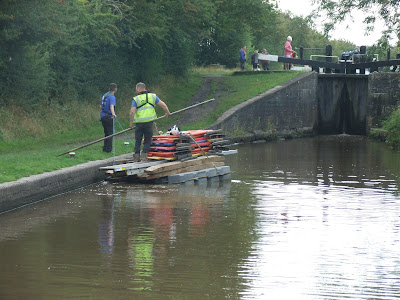 It turned out as there were only a few behind us they let everyone down before putting the stop planks in. We stopped just below the lock to have Breakfast before continuing on to our marina. At Polesworth there is a spill weir that feeds into what could be called a small stream. It seems that CRT have found it necessary to put these danger notices on anything that can be called a weir. 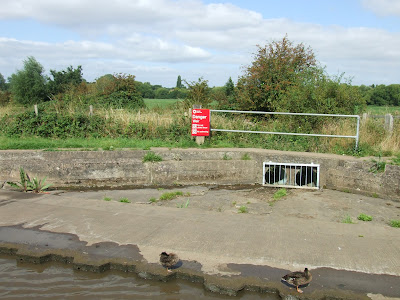 We were back on the moorings about half twelve and set to packing up to come home . 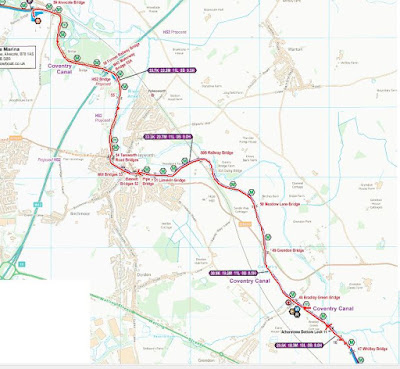 Todays Journey 5½ miles, 2 locks in 4 hours
The total for the trip was a little over 200 miles and 76 locks traveling for 93 hours spending 20 nights onboard. 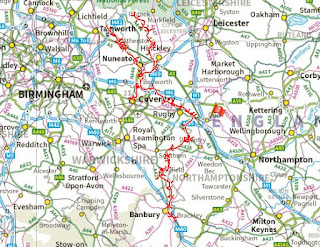