As we wanted to be in Braunston tonight we left a little earlier than usual to be there for lunch time. So by  9am we were on the move, by quarter past it had started to rain and continued until we put the first mooring rope out. Going round the Napton hill there is only one spot now where you get a good view of the mill with the trees 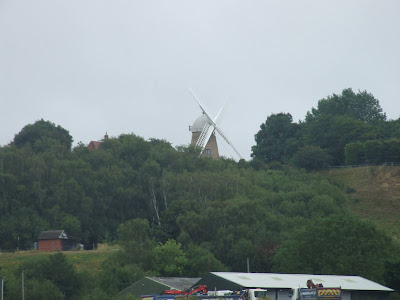 all growing up. It is said there use to be two, but there wasn't enough wind, so they took one down.

Napton Narrowboats looked a lot different to when we passed last Sunday when their moorings were completely empty. 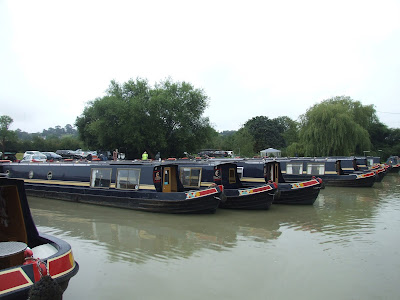 We met a few boats on the way, a couple in awkward spots, one going round the wrong side of us but we didn't catch up with anyone until we reached Braunston Turn. We were pleased to find lots of spaces running into Braunston and settled on one of the two between the long term moorings and the Stop House water point, taking the first to be further away from the bend.

As I sit here typing this I have zero signal on my phone which is expected in Braunston, but this is my mobile signal on 3 and I don't

have an external aerial. That is almost as fast as the boats go through Braunston past the moorings. 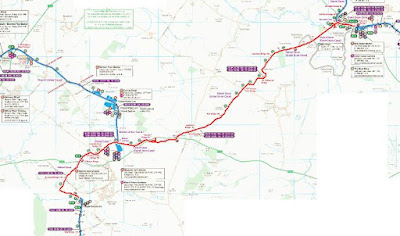