We set off around 10am, I was surprised that only two boats had gone up ahead of us. As I was making ready a boat came down Atkins lock and then a second behind them turned it, we were ready for off when they were halfway down so no way were we going to miss it. It turned out to be an easy lock as the third boat had three strapping lads onboard who worked the lock for us. We moored for 10 years just above Atkins lock and there were still a couple of boats there I recognised from our days. Between here and Marston Doles locks we met a couple of boats coming down and then met another about to leave the bottom lock. This lock was a bit slow as one top paddle is out so by the time we were up there was a boat waiting to come down and by the time we reached the top lock there was another about to leave the lock, so the lock timings worked very well for us. There are even more old cars by the top lock now on the off side, I have no idea if they do anything with them or they just sit there out in the weather.
We are now on the summit and even with the back pumping running all night with the locks closed the water level was still down on the weir level. Many years ago the land owner had a running battle with British waterways, often the canal would be impeded with items in the cut near bridge 122 and then one day this boat was sitting in a pond near the canal. 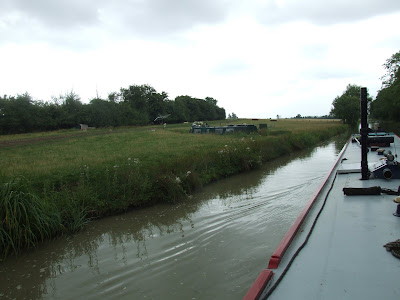 Over the years this pond has slowly dried out so it looks as if the boat is no longer afloat. I would be interested to see the state of the lower hull after all these years. 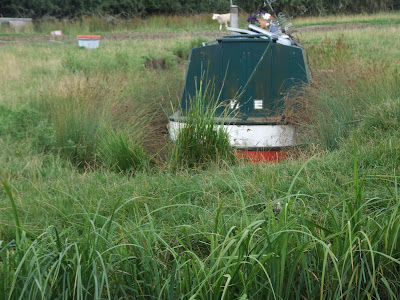 Just after this we got another surprise, coming towards on their Narrowboat was Linda and Neil, we also met them like this earlier this year.  At Priors Hardwick I spotted what looked like a Tipi in the field, then a second, just round the corner there was one canal side, it even had an open air bath with a built in boiler. 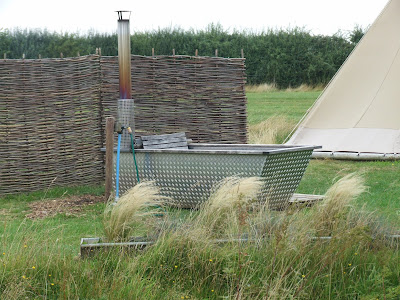 A quick web search came up with this
https://www.hillfarmglamping.co.uk but can you imagine laying in the bath beside the canal with nowt on and boats and people passing a few yards away.
At Wormleighton HS2 will be not only crossing the canal but running along side it, I am not sure what this mound is, but its 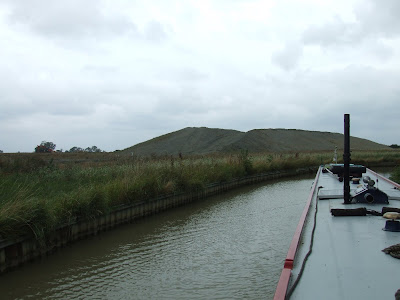 huge. They have quite a camp set up and lots of earth moving equipment. 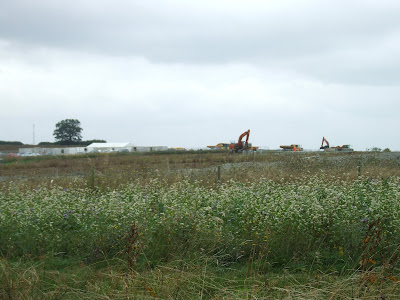 We pushed on to our destination for the night, on the way we passed this chap sitting on a boat. 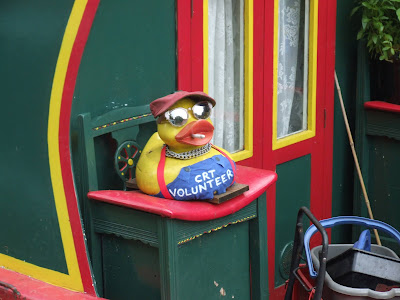 We moored for the night at Fenny Compton, there were three spaces just before bridge 136A so we slipped into the first one to wait for my son to come and pick up my grandson who has been with us for the past week. While Diana and George went for a walk I set to and did an oil and filter change on the engine followed by topping up the batteries, that my routine now after abusing the last set of batteries I now top them up with every oil change, 250 engine running hours 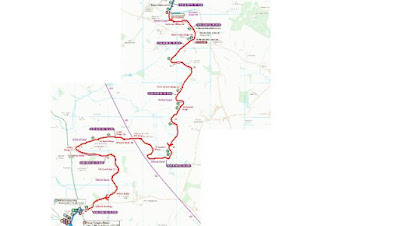