It started raining about 7 am this morning and apart from a short break at 10 30am when we were daft enough to set off it has rained all day. We have now had over an inch this week.

About 3mm of rain had fallen by 10 30am when it started to brighten so we set off. It wasn’t long before we were entering Bruce Tunnel. 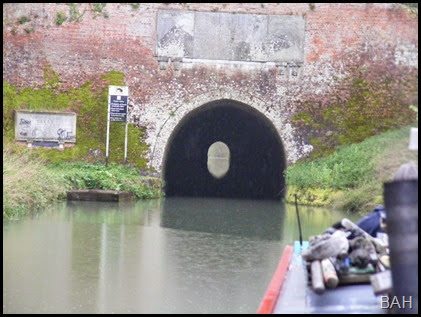 The stone plaque above the entrance is eligible now due to weathering. The one beside it not much better due to vandalism. 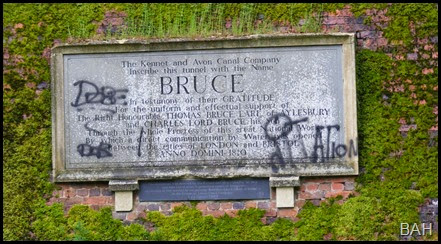 I do wish I could naturally hold the camera straight, sorry.

Inside the tunnel the old chain is still in place that was used to pull the un-motorised barges through, this is not to be confused by the modern chains mounted near water level below the wooden rubbing board for safety reasons. 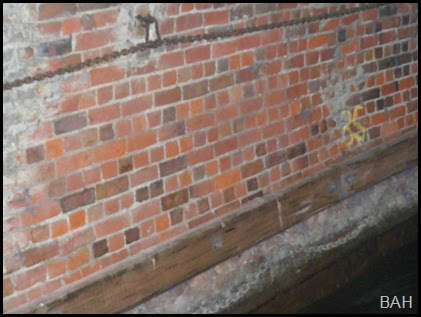 Just after the tunnel exit is Burbage Wharf with its restored (rebuilt) wooden crane which was the last of many like this found on the K&A. 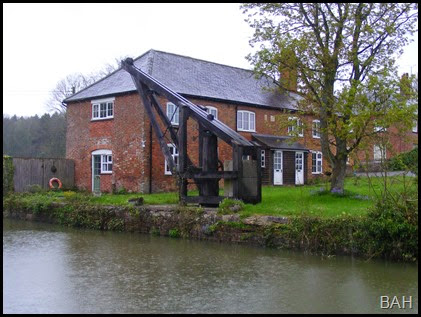 It was removed and rebuilt at Claverton Pump museum by volunteers. The only original piece is the two ton counter weight. It was planned to have the work done for the bicentenary of the opening of the canal in 2010,  but it was not finished until 2012. The original was built in 1831 and I bet it didn’t take them over 5 years to do it.
We carried on in the rain to Wootton Rivers visitor moorings where we pulled over until the weather improved. 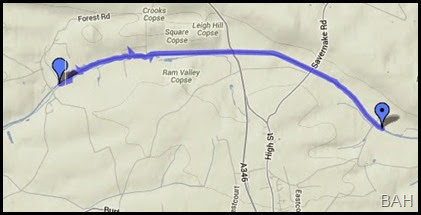