Not a Trip but Information

Some time ago I posted in one of my Blogs that Tony Redshaw well know engineer of vintage engines was no longer trading in Braunston.
Today I was contacted by Paul Redshaw who informed me that they had indeed left Braunston because they were unable to renew their lease beside the Grand Union canal after the site was sold.
He was also able to tell me that they had not moved far, only to Daventry where they are still trading and that their new address is :-

They also have a web site
www.vintagediesels.co.uk 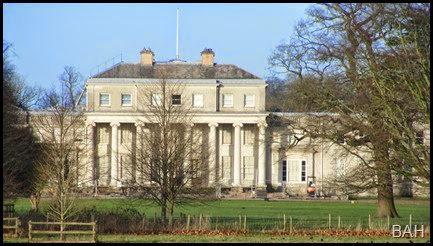 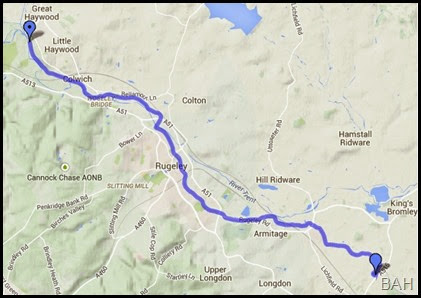 Firstly this is the first blog of the year and I would like to wish you all a happy New Year. Diana and I saw the New Year in by ourselves on Harnser, there were a few local fireworks we could see but it was mainly the BBC and London display. The night was quite warm and raining so this morning there was no ice where we were moored.

Following the late night we didn’t rise to early and heard a boat go by at about 9 am. at 9-30 am the boat ahead set off and we followed at 10 am.  It wasn’t long before we were encountering thin ice, about ¼” and a little later about ½” but it was all broken by the boat ahead.

Passing the houses half way to Aston Lock this family of Swans were looking for their breakfast,  I would guess the householder feeds them regularly. One of the adults remained in the canal. 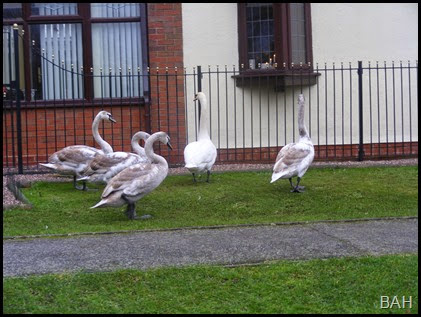 As we locked down Aston Lock two boats caught up with us, this was the start of a busy day and we have seen over a dozen boats on the move. The sky was very dark and rain was forecast for later so we expected to get wet. The temperature was in double figures but even so as we headed south there was still snow on some of the hills. When we reached Sandon Lock we caught up with the boat that had been moored ahead of us, he had got fed up breaking ice and pulled over so a following boat could take over. It was here that we met our first boat who approached the lock just as the boat ahead was leaving.

In the blog of the 22 December I promised a better photo of the floating duck house in the pond. 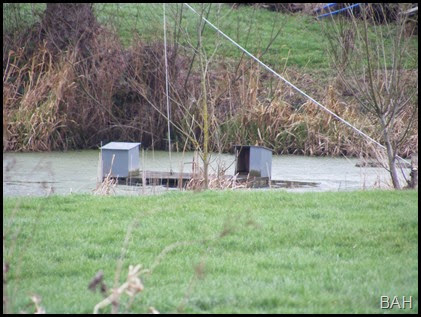 This is the one tethered on an overhead cable.

We passed a field of fine Long Horned cattle who were just watching the world go by.

Along this stretch of canal there are quite a few white geese in the fields, this one was showing the classic signs of Angel Wing. There is a strong feeling this can be due to the type of food they eat, but one would expect the whole field full to be feed the same. 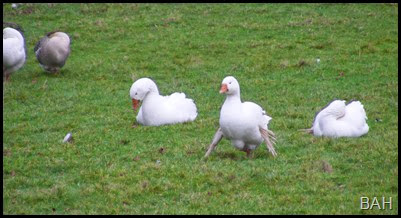 Although the actual temperature was between 12 and 14°C all day it felt much cooler than previous days but thankfully the rail held off. Approaching Hoo Mill lock we met a boat and arriving at the lock another was getting ready to come out, we thought it strange that the two chaps working the lock didn’t hop on, but there were actually two more boats below the lock waiting to come up.

We pulled over for water in Gt Haywood before continuing through the village and dropping down through Haywood lock to look for somewhere to moor for the night, we finally pulled in just passed bridge 72A where there are open views of Shugborough Hall, not that we wanted to look at the Hall but I try my hardest to avoid mooring near trees at any time and especially when its windy, by now the wind had picked up considerably, so much so that I had to help Diana moor the bows of the boat as she couldn’t hold it in and fit the piling hook.
We had not been here many minutes and it started to rain and the wing has also increased quite a bit. 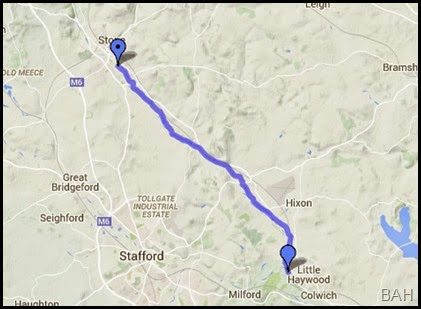