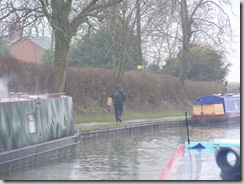 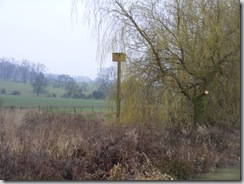 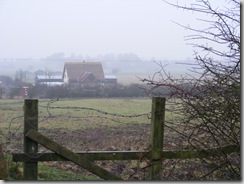 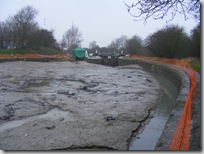 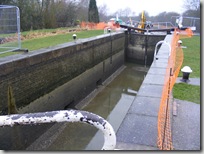 Well yesterday was another great afternoon and evening of entertainment with one artist just following on from the other. We nipped off about 6 to feed and walk the dog before heading back so as not to miss to much. We were going to eat on the boat, but the pub was doing meals in a bowl to bee eaten on your lap whilst being entertained, so it was two bowls of curry and chips.
All in all it was a very slick well organised event with only about ten to fifteen minutes between performers. Again Soundwave, the sound team did a wonderful job mixing for all the acts from solo singers with acoustic guitar accompaniment to full bands, even including a 9 strong  shanty choir.

We pushed off about 10 this morning and by then several boats had been passed, Napton Narrowboats only look as if they have a couple of boats out but there were quite a few spaces in the marina. The moorings in Braunston opposite the Boathouse were quite full but nothing at Butchers Bridge. One hire boat found a good spot on the waterpoint and sani station to moor. We went into the marina and had a pump out, luckily they were open so that we could buy a £10 token, once that tank was empty we stopped just outside the marina to fill the water tank. While we were doing that a small outboard powered boat stopped for water, he had 9 fenders hanging on each side, but still managed to hit the hard bank with an unprotected bit of steel.
We moored for the night right outside The Boathouse door on their moorings as we will be eating in there tonight, we just have to put up with their music until closing time.

Well no sign of the Aurora last night, no sign of the moon ether and at about half one this morning it started tipping it down with rain which continued most of the night.

We had a great night in The Bridge Inn last night starting with a meal at 6 pm followed by an evening of great entertainment.
It all took place in the dining room which is not the biggest venue in the world and with acts ranging from a female soloist to a 5 piece band the sound mixing guys and girls "Soundwave"http://www.soundwaveaudio.co.uk did a great job. The evening was supposed to wrap up at midnight but "Something Nasty in the Wood" were still hammering it out until about quarter to one, complete with bagpipes.

About 10 this morning BW contractors came past by on a work boat and have been hard at work cutting offside trees and scrub in the winding hole opposite the pub. There have been a few boats passed including a couple of hire boats.

I didn't do any photos last night after all and if I had I would not have been able to post them as I had a message from 3 saying I was approaching my data limit for the month.

Today the performances start at 4 pm so we are going to have to work out who we intend to miss while we have dinner and take the dog out.

It was a full moon last night, but with a thin cloud cover, this not only kept it warm overnight but prevented us seeing the Aurora if there actually was one, maybe we will have better luck tonight.
The mooring was OK with only a slight problem, the rooks have claimed the tree opposite where we moored and were keen to tell us so at first light this morning.

We didn't set off until 10 15 am by which time it was one degree colder than last night, there was nothing moving down the flight so all locks were against us. When we walked the dog down late last night all the locks were well above weir but this morning all about 2" below, so the back pumps must have been running last night but off today.
We stopped at The Folly to fill with water, it still looks the same as it did straight after it closed down, even the empty kegs are sill in the same spot. Maybe it will be open for the summer. Once topped up we pushed on towards The Bridge Inn, on the way we passed two chaps trimming the towing path hedge, one with a long shaft petrol hedge trimmer and the other with a petrol blower to clear away the trimmings. We arrived at The Bridge Inn about 11 30 am and are on the first mooring from the pub ready for tonight's entertainment.

Well we are back onboard Harnser but only for a long weekend to visit The Bridge, Napton for the Winter Folk Festival.

We set off from the moorings at about 4 pm and stopped in the top lock to load the boat and get the dog onboard, he is now approaching 14 and doesn't cross lock gates any more.
Once everything was onboard we decided to carry on down the flight for a bit and moored between locks 10 and 11 at 5 pm.

While we have been away the minimum temperature in the boat had dropped to -3.3 C and outside to below -8 C so it was a good move draining down before we left. All we have to do now is to get the boat nice and warm again, the Dickinson is on in the galley and the fire alight in the Boatman's Cabin so hopefully by bedtime we will be nice and cosy.

Another video from Frances's grandfather, A family narrowboat holiday 1948. Stone to Chester.

An unusual View of The Norfolk Broads

If you are still wondering what it is visit this blog

Francis said this was a canal journey from Oxford through Braunston to Market Harborough.
Are they going to the first IWA boat rally Festival in 1950? Any more information welcome.

Old Film Footage of the K&A

Early canal footage of George and Sonia Smith on Narrowboats Cairo and Warwick taking cargo from London to Birmingham about 1948. Any more information welcome.

Early footage of George and Sonia Smith on Narrowboats Cairo and Warwick taking visitors of a tour of Regents Canal in about 1948. Any more information welcome.

After seeing that some blogger's where including boating statistics on the bottom of their blogs, I thought I would just total up a few statistics from our cruising on Harnser over the past 12 months.

To do this we have spent 115 nights onboard and had the toilet tank emptied 5 times.

The engine has run for some 610 hours and we have bought 925 litres of diesel for which we paid an average of 69p/Lt before duty.

The diesel consumption including what has been burnt on the Dickinson stove averages out at 1.6 litres per engine running hour or 1 Lt per mile travelled.