When we got up this morning there was this chap trying to repair the lock mechanism but declared it dead. Its a terribly complicated system for a river with no traffic and very little likelihood of there ever being any. You can see the walkway from the top gate lying behind him and the hand rails up against the wall. The lock is even fitted with a traffic light system but with no power of course like the rest it doesn't work. 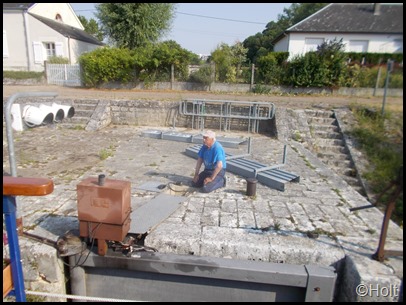 We are just leaving the lock, see I told you yesterday that is where we were mooring overnight. A short way upstream and before the bridge the town has a nice beach and leisure complex on the off side with an area set aside for swimming etc.. 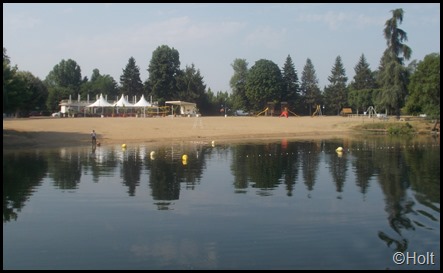 You can see where we walked back along the bank last night, we are just passing under the bridge and the restaurant was quite close to this. The lock is just behind Alain’s head 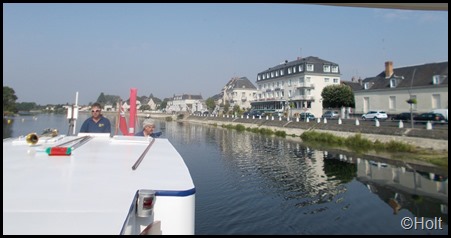 We carried on upstream to Bourré lock where Leigh showed off his skill with a rope lassoing the bollard first shot from our bedroom roof. 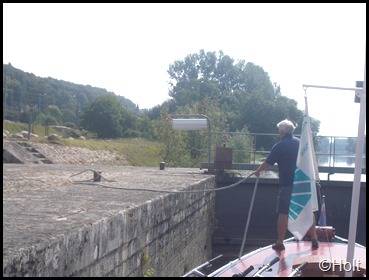 This lock is actually powered but the control system doesn’t work, however the lock can be operated by pressing buttons on the main panel. The only problem is that if the lock is not in your favour there is nowhere to stop to set it. 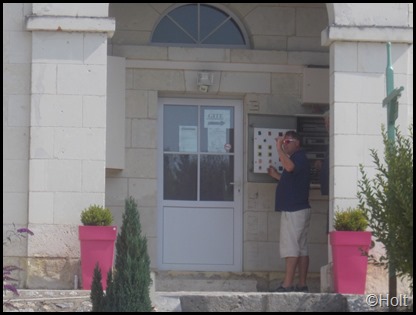 We left the boat in the lock while we went to visit a Troglodyte dwelling. Quite often after they quarried the white stone out they turned the caves into homes. The one we visited also was used to rear silkworms for the silk industry and they have mulberry trees in the garden to feed the worms on.

We returned to Nymphea for lunch before heading upstream as far as we could go and this was not even as far as the next lock, here we pulled over for a wild mooring disturbing two ladies who were enjoying a bath. I tried a quick paddle here on our return and under a very thin layer of sand it was very slippery clay.

As you can see out minibus was waiting, this time it was a trip to Valencay here the Château de Valençay was almost deserted. 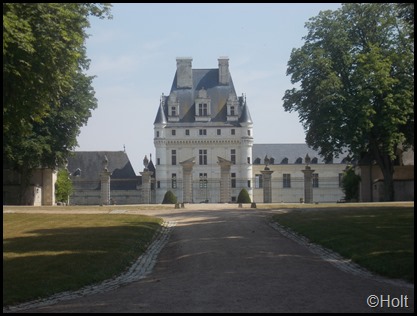 As we went into the house we were given an audio guide. There are some superb tapestries hanging on the walls.

When we visited the kitchen a cookery demonstration had just finished so we were in time to sample the wares. The cellar has hundreds of bottles of very old wine stored away. From what I could understand the town took over the property several years ago and have been restoring it but nothing has been changed, just cared for; this includes the animals in the small zoo. Outside they have spent years restoring the stone work and there is only a small section on the right hand tower to do now.

It was then back to the moorings to head back down stream. The plan was to hold the bow in and motor the stern round against the flow to turn, we got to about 90° before she stopped swinging. Although the river is very wide it is also very shallow and weedy so there was a large risk of grounding by going back too far and it took us some little time to get round whilst travelling sideways. 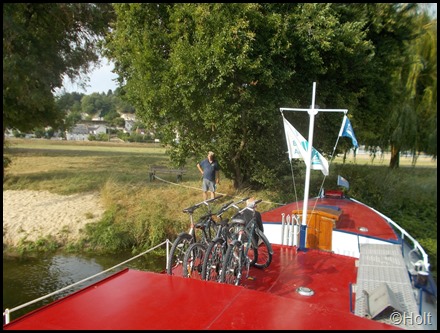 Even this resulted in a prop full of weed and the tree lopping saw was brought into play so that we could get back to our mooring for the night in Bourré lock. 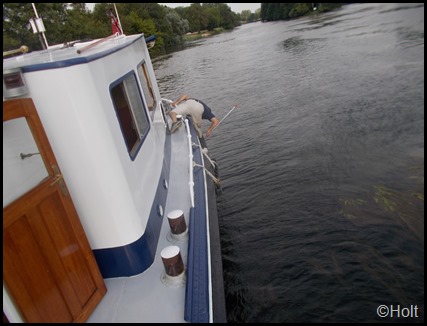