This report covers two days as I didn’t take the computer with me as we only really visited Harnser to winterise her as we wont be able to get back until December at the earliest.

The plan, where have you heard that before was to go over first thing yesterday morning, in the end we didn’t leave until 11 am as Diana had a filling break out of a front tooth leaving a pin sticking out into her mouth, so that had to be sorted first.
I am not sure how long the A14 bridge over the Great Ouse has been open but one lane is already closed for repairs, other than that and rain we had a good run to the moorings and almost immediately left the moorings. By now the weather had improved greatly but it was quite cool. We met a boat a short way before Glascote Locks so they were both with us although they had leaked off slightly, as I left the top lock a boat coming up was readying the bottom lock for us. At Fazeley Junction we turned left up the Birmingham & Fazeley canal to top the diesel tank up at Fazeley Mill Marina arriving shortly before 4pm. I did wonder if we would be in time but they didn’t close until 4-30 pm. As from today they are on reduced opening days so it pays to check before you travel. With just 55 litres added we headed back to Fazeley Junction for the night so that we could have an Indian Takeaway for dinner.

Over night the temperature dropped to just above freezing and this morning the sun was bright, the sky blue and the wind had gone. Since we were last here two more birds have been painted on the wall at the junction. 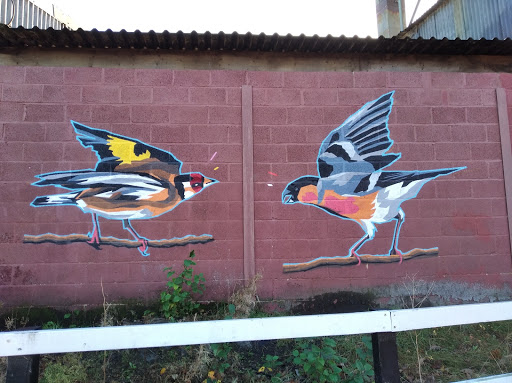 We didn’t have such good luck at the locks going up with a boat going up ahead and a single hander slowly coming down, but after that it was a warm steady run back to the moorings. 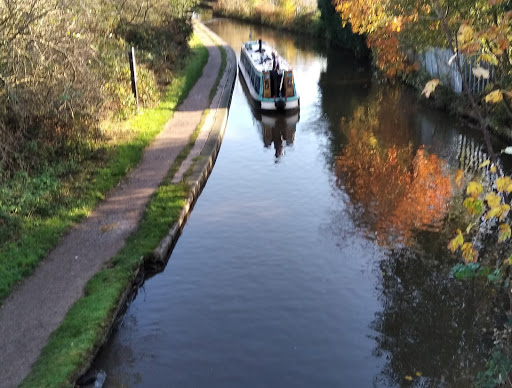 This time I winded inside the marina and then reversed down into our moorings, once tied up there were only a couple of things to put in the car before I drained the domestic water system and removed the batteries from the CO and Smoke detectors so they don’t go off while we are away.  Then it was in the car for the drive home. 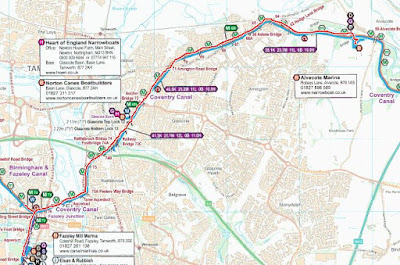