Last night after the rain finally stopped we went for a wander round the village, it was quite pleasant after the thunder.

This morning it was away at our normal 10 am,  as we approached the Bascote stair case we could see a boat leaving the bottom chamber so Diana went down and asked them to wait at the next lock for us, she needn’t have bothered as by the time they had set the look and got a gate open we were there. This time it was a Danish couple we would be sharing with who had 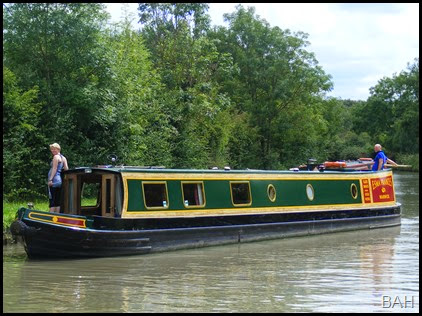 never been on a Narrowboat before, but we were soon working well and making good progress.

I was quite surprised to see this boat still afloat, I photographed 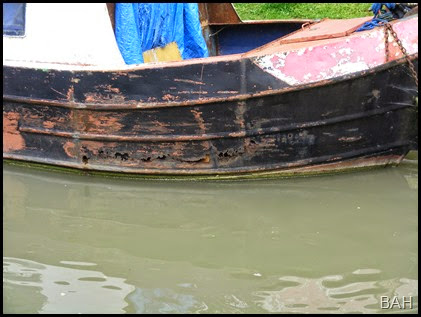 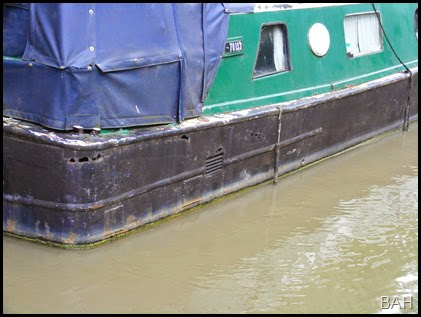 Fosse Middle Lock has a nice new sani station with a water point a bit further down the bank. The old one was quite a state and if I remember correctly the water point was adjacent.

We stopped for a bit of lunch opposite Radford Semele Church, its the first time I have seen it with the scaffolding and plastic covering removed. I couldn’t see it very well due to the trees and farm buildings but it looks as if they have taken the opportunity to modernise it. 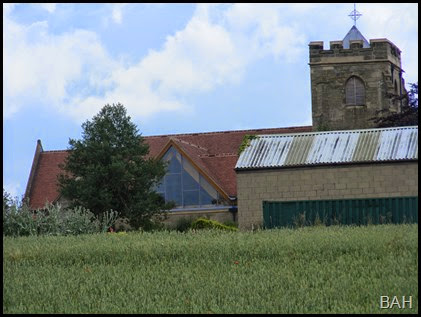 Some how we managed to pass Tesco without stopping but one of the boats moored there we had seen down the K&A. 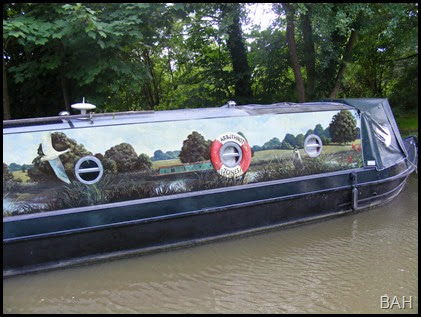 We passed one family of Cygnets, their necks seem to go on for ever, a still photo doesn't do it justice. 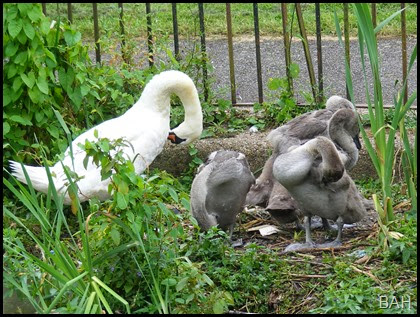 Arriving at cape locks we met a boat so the bottom lock was with us and the bottom gates slightly open. Diana went up and was told by the Cider drinking chap on the balance beam that she needed to fill the lock first. She explained we were coming up and said he could remain on the gate as she would open the other side, but he wandered off anyway. Just below Cape locks is a new CaRT water point, I photographed it and made comment because its the only one I have ever seen that still had its padlocks and was actually locked up. 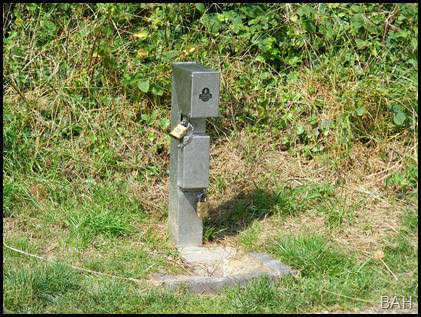 At the top of the locks we decided to call it a day at 4-30 outside the Cape of Good Hope, as we are on their moorings I suppose I will have to test the beer.

Once moored I fitted a relay to energise the 24 volt alternator, wired it all up, dropped a nut in the bilge which involved stripping the battery box to retrieve it only to find it didn’t work. Checked the connections and then got the meter out. An unused relay with an open circuit coil, so I nicked the one from the tunnel light which worked OK.