The new Thetford Bypass definitely speeds the journey from Norwich to the A14, but we saw one car that couldn’t handle the high speed facing way on the grass verge with the front pulled off.

We arrived at the boat a few minutes before 12 o’clock and after unloading the car I refilled the fresh water system on the boat and got the stove alight, even doing that we slipped the moorings at 12-30 pm and headed out onto the canal turning left towards Rugeley.  The first obstacle was an off side tree across the cut, but someone had cut the end branches so there was just room to get a Narrowboat passed on the towpath side. We actually met a couple of boats, one just passed bridge 55 nicely in the open but the second was as we passed the boats on winter moorings at Handsacre where there was a branch sticking out from the offside that made is presence felt in her cratch and down the right hand side of her boat.

I just managed to get a photo of this heron before he headed for pastures new. 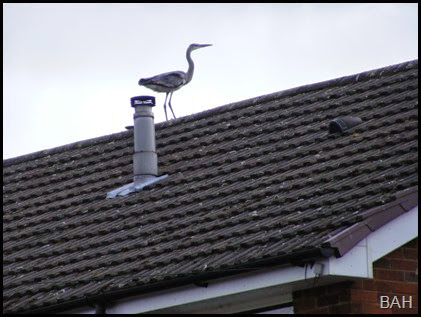 A clear run through the tunnel and at the far end I was able to get a full photo of this chap as the boat that is normally moored here was out. 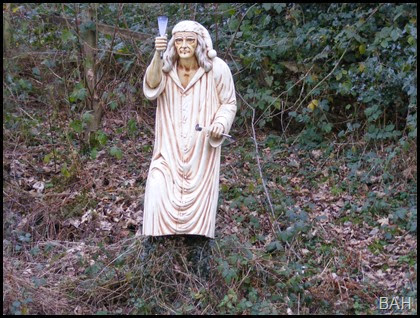 We had planned to fill with water at the end of the long term moorings at Armitage but there was a boat there already and we have half a tank, so a job for tomorrow.

On the outskirts of Rugeley there are two adjoining gardens each with birds of prey and today they were sitting on the lawn, I managed a shot of the second of the pair. he obviously didn’t like 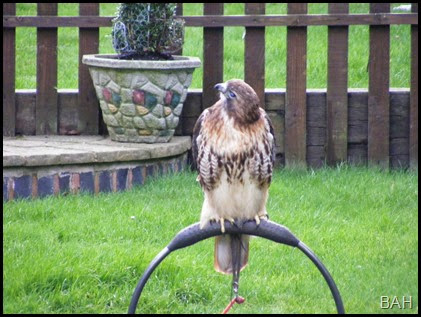 the look of me?

There were a few boats moored in Rugeley  but plenty of space for anyone who fancied stopping. At the North end of the town on the off side there is a chap who has a dummy speed camera pointing out across the cut, he now has someone keeping an eye on things. 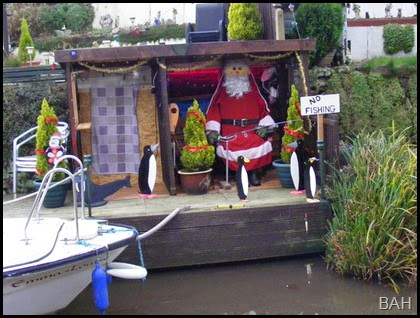 We pushed on over the aqueduct and passed Taft Bridge where diesel is now 75p lt. I hope he is open on the way back.

We arrived at Wolseley bridge at about twenty past three and moored on the first bit of piling, there were another couple of boats a bit further towards the bridge. We had been here about an hour when two more boats came by in very poor light and moored ahead of us. One of them I recognised from Handsacre when we passed.

Also since we have been here I have discovered that the water pump I repaired last time we were out is not repaired at all and still leaking, I did get a new diaphragm kit for it while I was at home, but I have tried tightening the bolts a bit first to see it that cures it.