Last night we moored near the Cheddleton railway station and what a fine building it is. 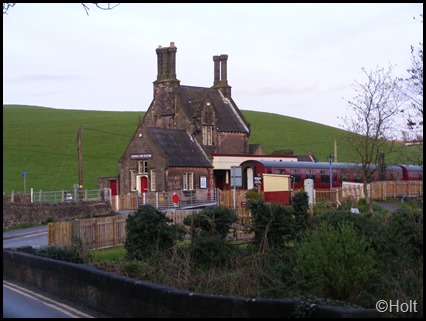 Well what a welcome change, we set off just after 9-30 and it was tee shirt weather, turned a little chilly after lunch when the wind picked up but this evening is grand. This was the sky as we set off with three planes making a triangle in a clear blue sky. 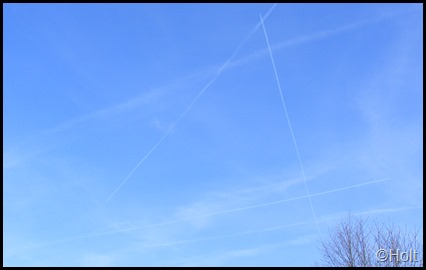 The Cheddleton locks were against us as the boat behind had set off earlier, not a hardship for us.
In the distance we could see the old Mental Hospital, all that remains now is the tower which has been converted into a house, I wonder how many floors they have, the rest of the grounds are a housing estate, the only other build left is the church/chapel. 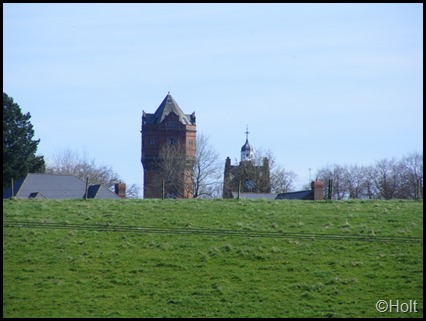 We had just passed a boat that has been overstaying on the short term moorings and both said “well I don’t expect CRT check down here very often” within 5 minutes we have this chap on his bike with his i-pad taking numbers. Note the lifejacket. 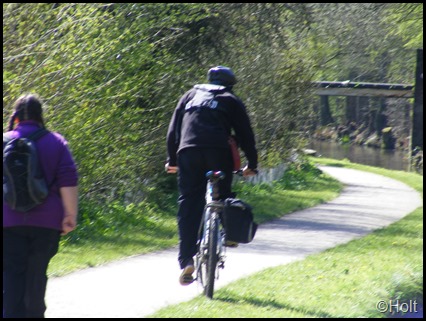 At the lock cottage at the top of the Hazlehurst Locks the House Martins are getting on well with their build this year. 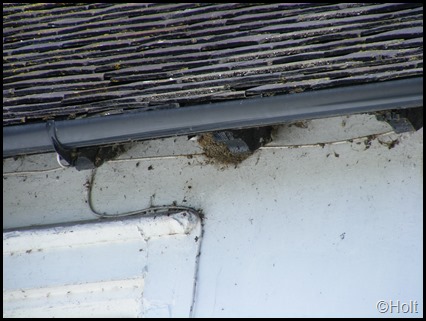 Leaving the top lock I had to turn sharp left to go to the head of the Leek Canal, first attempt I failed miserably and drew back to the lock mouth to let an oncoming boat pass. But I nailed it at the second go. You can see on this screen shot from Waterway Routes how I had to turn back on myself after leaving the locks. 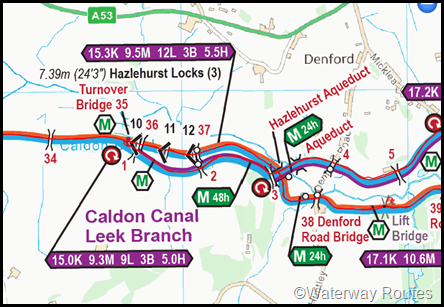 It was just after this we met another friend on his boat that he is refitting, so we stopped for another chat. One of the reasons for doing the Leek canal other than its a very pretty waterway was to see the Bluebells but this year they are not as good as in the past,  maybe we are touch too early.

Up to Leek tunnel this is not very long and a little different profile to Froghall tunnel that we went through yesterday. 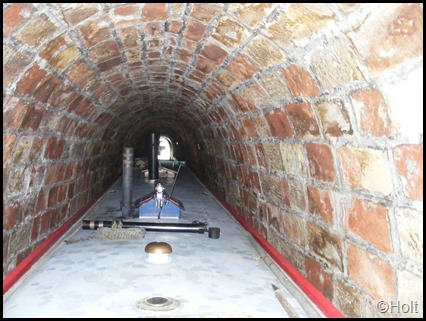 The tunnel suffered a major collapse a few years ago and the damaged section has been lined with pre formed concrete slabs. 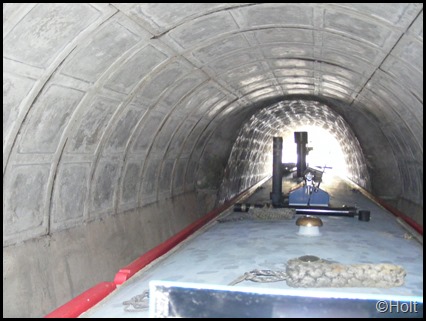 We carried on for about half a mile passed the tunnel and winded at the lst available winding hole for a boat our length. In theory you can turn a 40 foot boat at the end but it would need a draft of about a foot the end is so silted up. Beyond the winding hole is just being ignored by CRT. The first time we came up here we 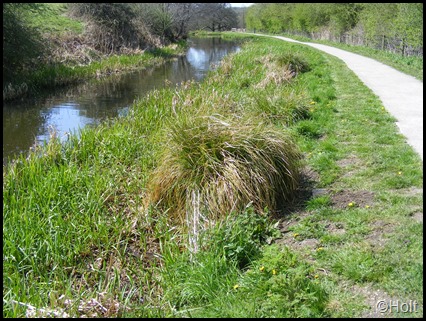 moored here, you can still see the rings to the right of the large tuft of weed by the dandelion, but the water is about 8 feet away due to the weed growth and we took the boat right to the end. I didn’t dare try that today.

We had lunch and a short wander round before reversing the 50 yards to the winding hole and heading back through the tunnel, Diana decided she would like to walk over the top of the tunnel and there is a large flight of steps each side taking you up and down the hill. As I left the tunnel this hire boat was waiting to come in, I think the two people sitting on the roof are after the Darwin Award. The roof of a boat going through a tunnel is not 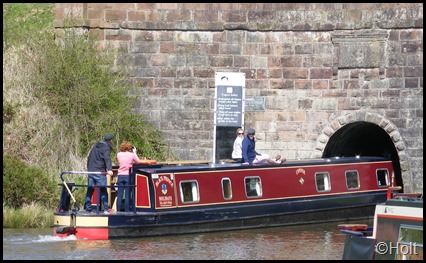 the safest place to be. You can just imagine all the extra rules that would be brought in if something happens to them. We carried on passed Hazlehurst junction to Endon where we have moored for the night, we didn’t get here until 5 pm but there have been 4 boats go passed since we moored up. There is a nice length of piling and a grass edge to the towpath, so a nice mooring, someone has even been and marked all the dog 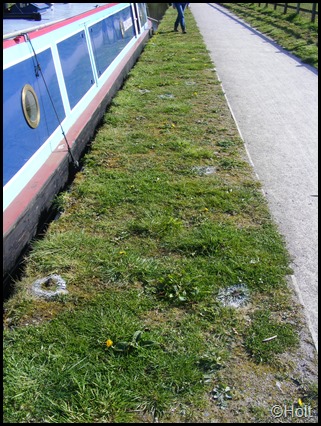 poo’s  with a white ring, I would rather they had just cleared the poo up, I don’t know what good the paint would do. I would just add the the poo is not there now, just the white rings. 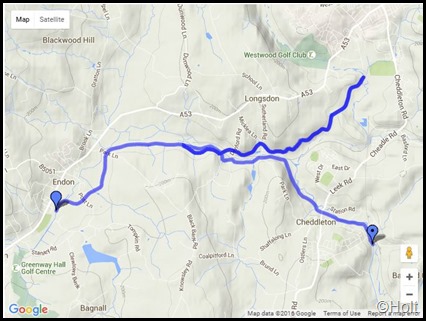