Firstly an update about the boat yard near Stretton Aqueduct that 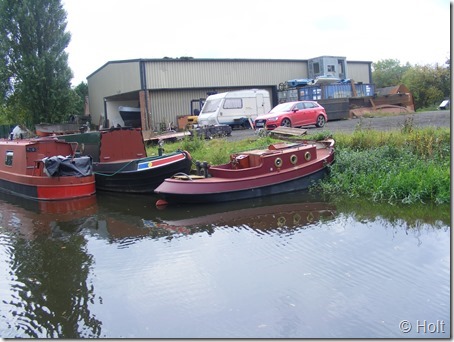 we passed yesterday. I received this nice e mail from Christine which she kindly agreed I could add to today's blog.

The boatyard by Stretton Aqueduct was my late husband's. Keith Ball. Industry Narrowboats. Well known for historic boats.
My family (3 sons & their girls) & I are trying to keep it going. There's a restored GUCC boat nearly ready to be launched (Corolla), another oldie in the boat shed for a rebuild ( Canis Major) and others waiting. The small tug is a Dutch "Opduwer". We have another slightly bigger one in the shed & one in kit form. Pretty little day boats. The old wooden boat is a 1928 Camper & Nicholson. She was the tender to a famous yacht. Needs a new owner who can

This morning we were away a bit earlier due to the weather forecast, to try to avoid the worst of the rain. In the end things were fine with just a very light drizzle at one point.
One of the residential moorings has a rather nice, I assume  store on the bank by their mooring. 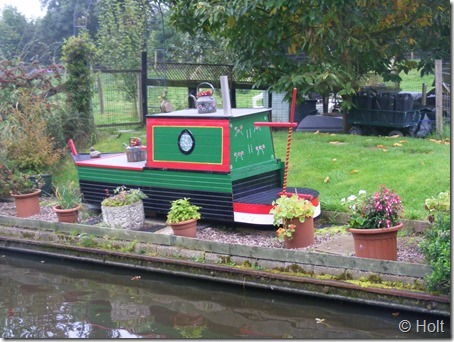 Bridge 26 is a large example of a turn over bridge that were built when the towpath changed sides, so the horse could cross the canal without having to release the tow line. 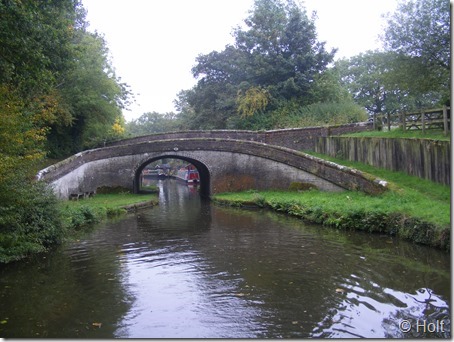 I think this must be the best example of a water point I have seen on a canal anywhere. I don't know who is responsible for it as there is a second about 50 yards away and that has not had the same treatment, If you want to see it its in Gnosall. 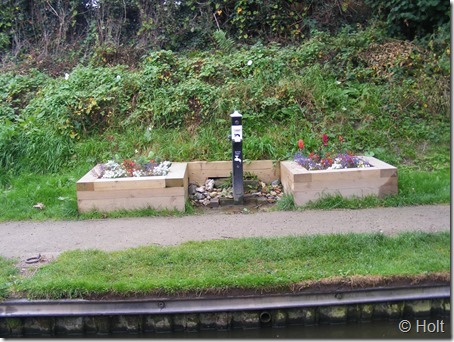 A unique feature of this canal are the mile posts, they contain much more information than most. I am assuming they are copies of the originals and I don't really know why they were installed, as all the books tell you that most boatmen were unable to read and I am sure they knew how far they were from their destination in hours, much more use to them than miles. 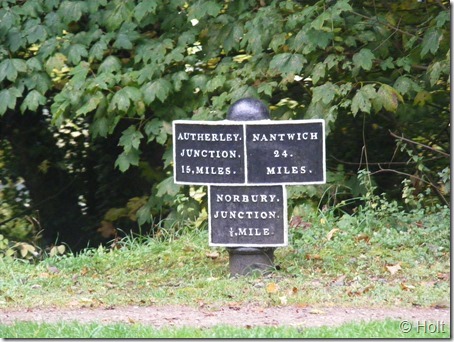 Any Narrowboaters reading this will know exactly what is meant if someone says a Narrowboat has lost his water skier. Well here is one with his skier firmly attached, but I thought it should be at the back. 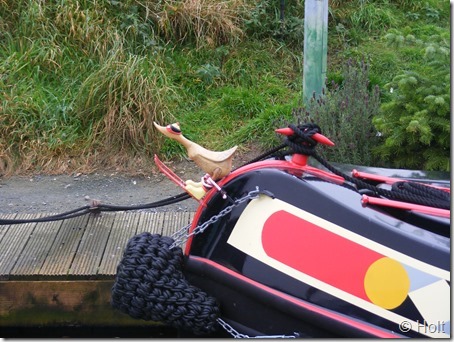 When we passed The Anchor pub at High Offley, somewhere I am yet to visit, I was surprised by the number of boats moored there, it common to see boats on the visitor moorings overnight in the summer but these were outside that area, I also noted that someone has done some work on the old boat that lays right outside the pub. Its officially a 48 hr mooring but the boat has been there as long as I can remember so must have special dispensation. 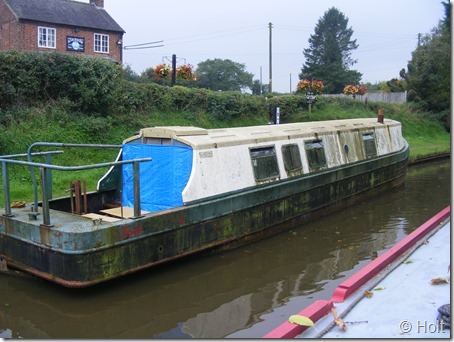 Further north you pass under a modern bridge,No.44. Attached to the bridge is a steel gate that can be swung and locked across both the tow path and the canal. I wondered if anyone can ever remember this being used, there is a padlock hanging on the post by the canal, I'm not sure why that can't use the lock that is holding it open? 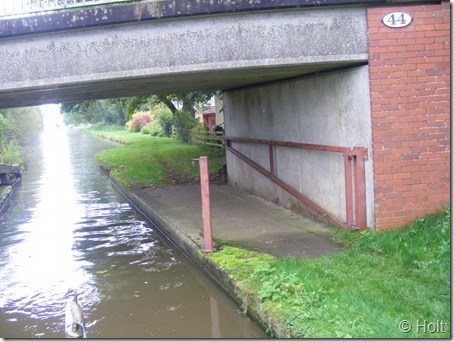 We carried on a bit further to moor for the night opposite The Wharf pub at Goldstone. Again we are half way across the winding hole just like last night, but that is where the rings and the official 2 day moorings are. 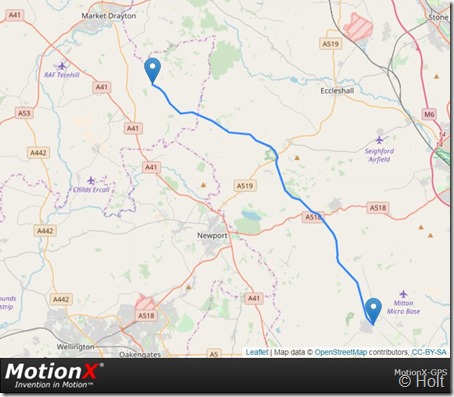