Last night we decided to eat at The Leigh Arms which is on the banks of the River Weaver, we are on the Trent and Mersey Canal some 50 feet above the river level and about a third of a mile down the footpath, trouble is , its a third of a mile UP coming back. 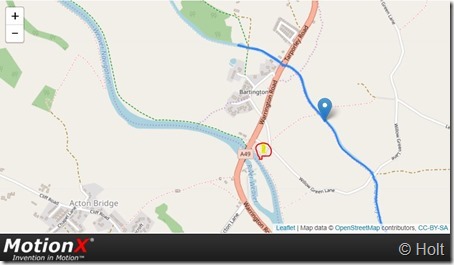 This morning I tried to time our departure to arrive at Saltersford Tunnel at 10-30 AM so we left at 9-45 AM. This would have been OK if I had managed to turn in the winding hole at the first attempt, but I didn't. Its not helped by a boat being moored on the towpath directly opposite the hole, well its an excuse anyway. We finally arrived at he tunnel mouth at 10-40 AM. which was OK as you can enter this way between half past and ten to the hour.
It felt quite mild when we set off, no frost about but the temperature did dip below zero last night, however by the time we reached the tunnel I was getting quite chilly so once clear of Barnton Tunnel I light the back cabin stove. I don't thing we saw any boats moving at all while we were travelling although one came by once we were moored up. As we are going home tomorrow I decided to moor at Wincham Bend which still gives us a couple of hours to get a bit of charge back in the batteries. Its the first time we have ever moored here, a couple of years back CRT re-piled the bank and while they were at it put some mooring rings in making it a handy wild mooring, just what we like.
Just one other thing, if you moor your boat like this please don't complain to me if your front pin comes out. 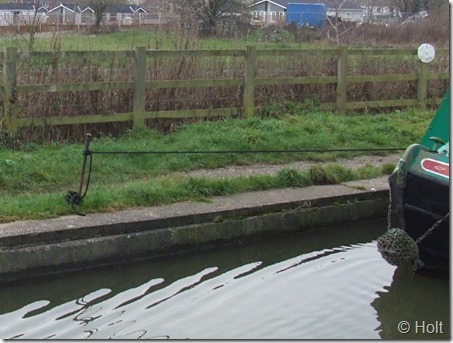 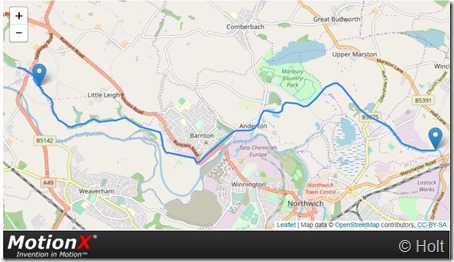