Last night we ate at the newly refurbished Barley Mow, it looked smarter than last time we visited and nice to see they were quite busy, they had 3 beers on the pump, for me the Doombar was spot on, Diana had a Hooky brew that we had not tried before. Service was good and the food absolutely fine. Returning to the boat we had a much better nights sleep waking at about 6am to the dawn chores and the town clock. Out side was frosty with a great sunrise over the canal, well worth a photo but it was easier just to crawl back in bed for a few more hours.

10am and time to go, quite a few boats on the move and we met a few we know. Just beyond Rugby boats the Long Horn cattle have been turned out onto the grass with the bull making eyes at one of the ladies. 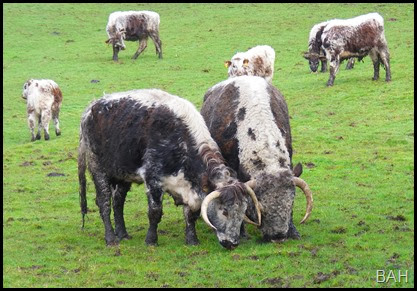 Approaching Hillmorton locks the diesel boat was delivering supplies to the boaters moored along this section. I would be a bit worried about my solar panels as the golf course is just across the towing path.

A good run up Hillmorton Locks with the first and last empty plus we met a boat in the middle. Just above the locks on the offside is what looks to be a stone memorial to a dog. Its quite a substantial affair. 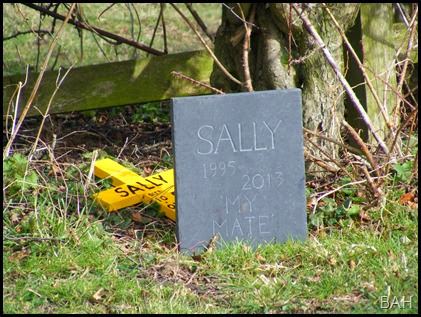 As we passed under the railway bridge we could see ahead of us the CaRT contractors were hard at work with their leaf blowers, the mower was parked a bit further along. 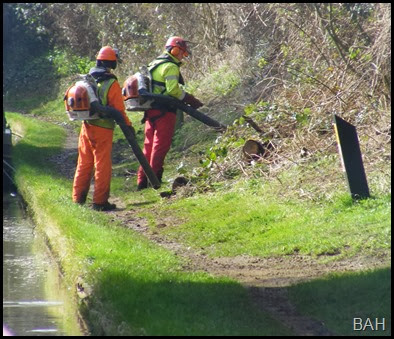 There were some super sky’s with very high clouds breaking and reforming. My photography doesn’t do them justice. 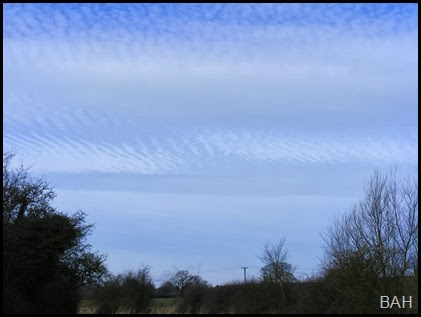 At Braunston turn we went to the right along the Grand Union/South Oxford canal, both companies shared the next 3 miles of canal until Wigrams Turn where the S Oxford goes straight ahead to Oxford and the Grand Union turns right to Birmingham. We followed the Grand Union to the top of Calcutt locks where we winded. The reason for this detour was to book Harnser in for her 4 yearly safety inspection, as the last two were carried out by Calcutt I thought I would get them to do this one as well. Once that was sorted out we just moved along a bit to moor for the night overlooking the reservoir. 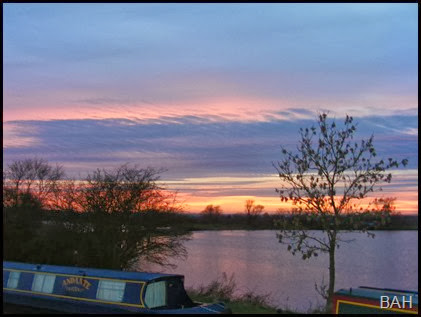