The Bumblehole moorings were OK last night, but this morning we were woken by seagulls and rooks on the boat roof followed by ducks and geese on the cut.

First thing this morning we moved across the canal and filled with water outside the visitor centre finally setting off at 10 am. There was no light at the end of the tunnel, just blackness and we weren't able to see the far end do to the mist in there until almost the half way point, soon after that we were unable to see the end behind us. Passing the ventilation shafts was like going through a rain shower. There were originally 15 shafts but now there are less than half. It looks as if drainage pipes have been fitted to most of the seal shafts. Over the years the handrails have been replaced at least twice and there are at least three different designs in there now. Along the roof of the tunnel there are insulators as at one time the tunnel was fitted with electric light. The old distance markers are still visible, these measure the length in yards where as the newer ones are in meters. I say newer as there are some small ones that show hundreds of meters as well as the full meters ones. 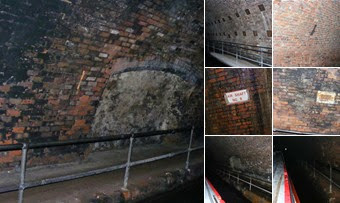 Just clear of the tunnel is the Tividale aqueduct which carries the BCN Old Main Line. This also served as a toil island and there are lock gates that could be closed to prevent boats nipping through without being gauged and charged. I believe the white cast metal structures on the edge were the pivot point for a foot bridge as the toll clerk would need access to both sides of the boat. The Lock gates are still visible but as there was no level difference they were not fitted with paddles or balance beams. 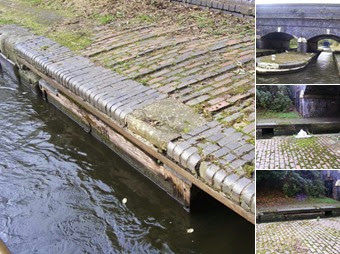 At the end of the Netherton Tunnel Arm we turned left on the BCN New Line and went up the three factory to Factory Junction, on the way we passed the Watery Lane arm that is the home of 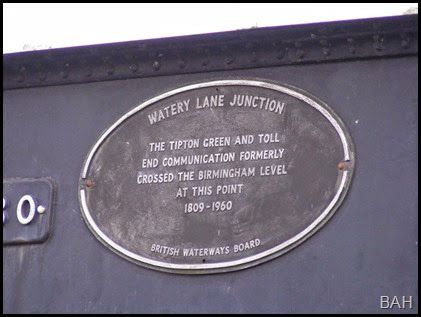 Caggy’s boat yard. This use to be a cross roads of the canal where the link from the Walsall canal crossed the New Main Line before climbing 3 locks to the Old main Line. 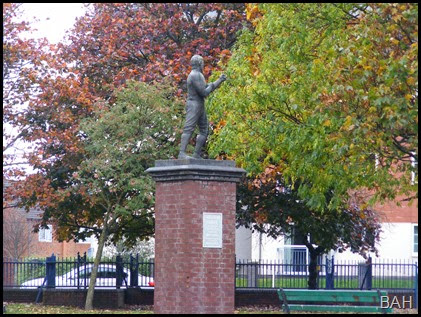 a famous local boxer and then passed some visitor moorings that have been dedicated to John the Lock. John was a local chap who use to spend his spare time helping boaters through the BCN locks until he died a few years back.

The canal runs under the M5 motorway for quite some way and Oldbury Junction leading up to Titford Pools is actually beneath it. There was quite a bit of Duck Weed coming from the Titford Canal that is slowly spreading along the Old Main Line. 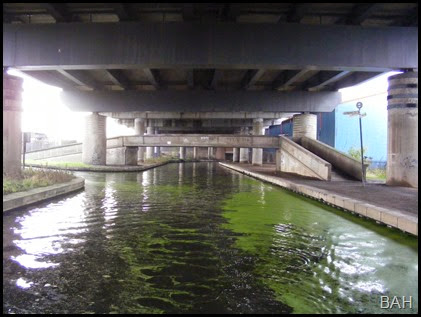 Shortly after this we crossed the New Main Line on Stewards Aqueduct and a boat just happened to be approaching below as we crossed. 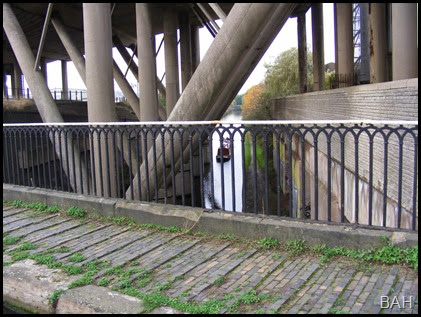 We were not far from our destination for the weekend now. The BCNS AGM and bonfire rally at the Engine Arm, but before we get there we have yet another tunnel to go through, this time quite a short one at 103 yard, the Summit Tunnel. This is flanked by two bridges but the tunnel is wide enough for two boats to pass and has a tow path. 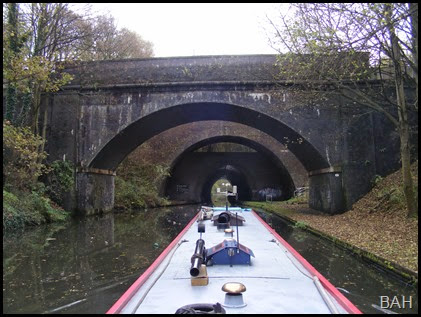 We passed the Smethwick New Pumping Station which will be open for visitors tomorrow and just round the corner was the end of the moorings for boats attending the Rally, Not only are boats moored on the Old Main Line, but they are down on The New Main Line and the Engine Arm. 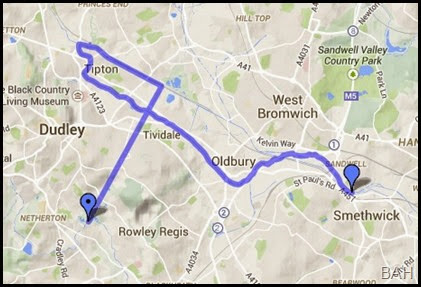