We arrived at the boat just after lunch yesterday, Tuesday. We had a good drive over with no holdups.
Once the car was unloaded and things packed away the first job was changing the Antifreeze in the engine. This job was a bit overdue as it is now recommended that it is done every two years. I drained as much of the old coolant as I could and replaced it with a little over 12 lts of fresh 50/50 mix. By the time I had got the air out and got it circulating it was to late to go anywhere, so it was off in the car to The Plumb Pudding for dinner, I didn’t realise that this was now an Italian restaurant as our 2009 Nicholson guide says Brasserie with real ales.

This morning we set off at 11 am. for some reason Diana took the helm and took us out or the marina, it was like a millpond. 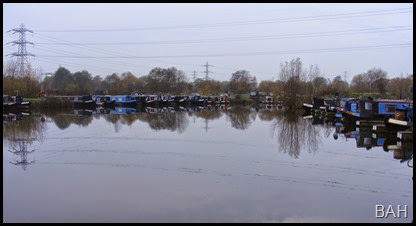 One of the features of this marina is a bridge joining the two sections that we have to pass through. 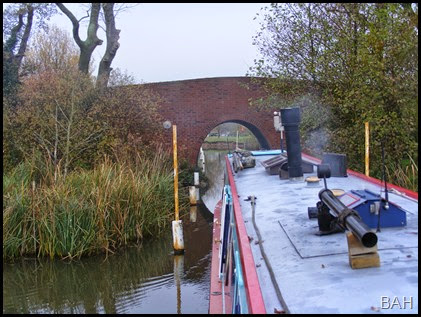 People say its a problem when windy as there is not much room to turn between leaving the bridge and the island directly ahead of you.

Out on the main line and we turned right towards Woodend Lock, we met 3 boats on the way, the last still coming up the lock, even so the rest of the locks were against us. A short way from the marina entrance Diana spotted a deer in the field, although he was very cooperative and stayed still it was a job to get a shot through the trees. 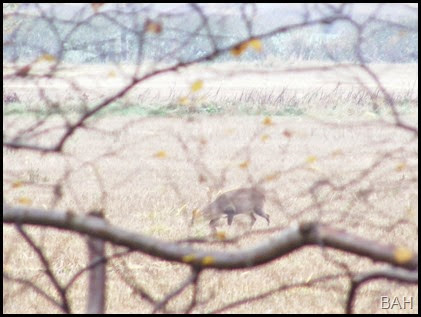 At Fradley Junction a volunteer was painting the railings outside the Swan pub, he told Diana that Keepers lock was drained as the inspection was running a week late, so after a bit of shuffling I turned down the Coventry where we stopped for water. Talking with Diana it seems that the stoppage should be lifted sometime this afternoon, so once we were full of water I reversed back through the swing bridge. This is the one that should have had a 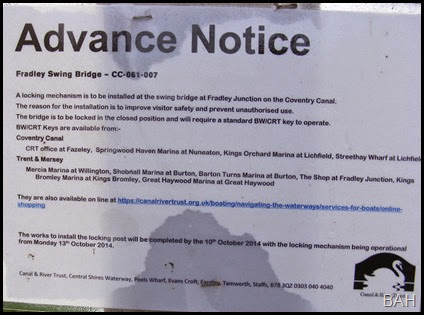 locking mechanism fitted some time back and turned to drop through Junction Lock.

You may recall in an earlier blog http://nbharnser.blogspot.co.uk/2014/09/hopwas-tuesday-16-sept-2014.html
I mentioned the Narrowboat on a post at the junction. Well here is a photo of it from the other side but needless to say it didn’t work. 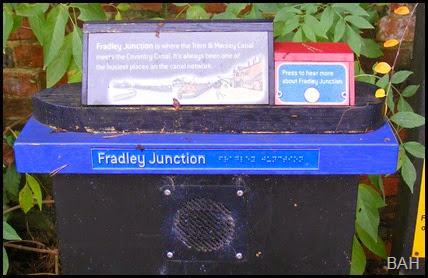 The nearside paddle gear on Junction lock is faulty. The shaft that drives the paddle winding gears has moved through by a couple of inches so the pawl no longer engages to hold it up, at the other end the key is almost out of the gearwheel so will soon lose drive and probably bits. 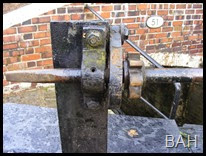 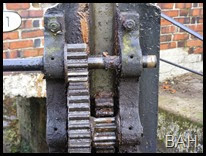 We moored for lunch opposite the CaRT Tea Rooms and an hour later the chaps (and girl) on Keepers Lock had finished, pulled the stop planks and the lock was again open. They had removed this base from the bottom of the lock and left it lock side, I hope they take it away before it finds its way back into the lock. 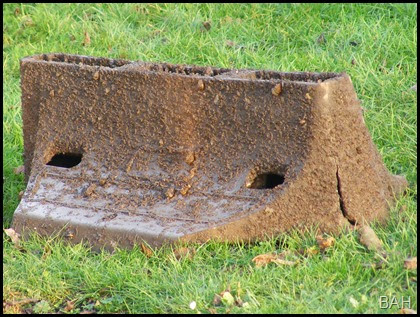 There is a lot of work going on beside Hunts lock, both sides of the canal there are large heaps of soil and on one side a digger and a crane as well as other plant. Does anyone know what is going on there? 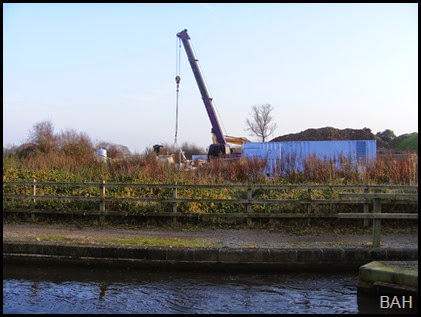 We continued on in the low afternoon sun mooring up for the night just passed the lock moorings below Common lock at around 3 pm. 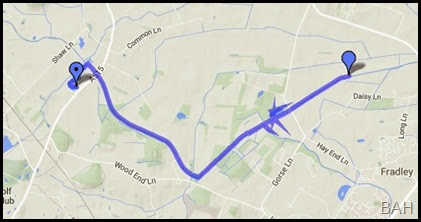