A very nice meal in The Big Lock last night, they seem to change the "specials Board" menu on a regular basis.

Got up as normal about 2-30 AM for my visit to the loo and found we had a good list on, it was quite pleasant outside at that time of the morning as I loosened the ropes with just my jeans on.

This morning before setting off we went for a short wander round, crossing the canal at Big Lock and returning via the dry dock. As we walked down the locks a hire boat was having their instruction and were sent off to Big Lock alone.

Back on the boat we set off uphill at 1040hrs, we were hoping to get the toilet tank emptied at Aderson Boats but they were all closed up with no one around. We arrived at the bottom lock as a hire boat was going up and the instructor helped them as he made his way back. We were delayed slightly after the first lock as the 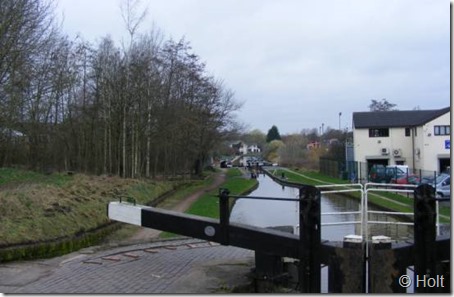 top gate on the second was open and the boat ahead pulled over to the side just before the top lock for a boat to come down, but for some reason they didn't come, so we ended up meeting them on the bend below the top lock. 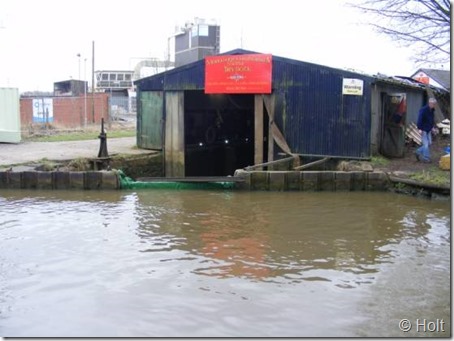 As I said we needed a pump out and Middlewich Narrowboats were able to do it for us so I went to the junction of the Wardle canal, winded and came back down so the pumpout connection was towpath side. £17-50 later we were on our way, this time going backward to Wardle Junction. As we arrived a the hire boat we had followed up was hovering and managed to go hard aground on the off side. I asked if he was going up the Wardle lock and he replied "yes, when his dad returned and we could carry on" A boat came down Wardle Lock so when he was clear I went in only to meet "dad" who had been working the lock. At this point my conscience pricked, the hire boat was waiting to go up, his dad had help set the lock and the hire boat was hard aground on the off side of the Trent and Mersey. I backed out of the lock and across the junction to pull the hire boat off and he was hard aground. I had just finished this when another boat came up the canal and turned straight into Wardle Lock. I explained the hire boat was trying to get up there so the other boat stopped outside the lock and let the hire boat by, next it was realy my turn, but I told the other boat to carry on and we topped up with water right by the junction.

A word of WARNING, the tap at the junction is a ½" connection and most are ¾" so you need a reducer.

By now moor boats had started appearing, so as soon as the boat ahead started to enter the lock I made my way through the bridge to the lock mouth, good move as both of the other boats also came that way.

At Wardle Lock a young lady helped us through the lock, she lives in Maurine's old lock cottage and like Maurine she likes to help the boats through, she is only about 10 years old, but knows what she is doing, she is only just strong enough to draw the paddles. Nice to think that in years to come maybe there will still be a friendly face helping boats through Wardle lock. We stopped after a couple of bridges for lunch and then to nip round to see Jon and Gillian before continuing on our way.

Stanthorne Lock was against us and while we were locking up another boat caught us up and kindly closed up for us. About half a mile above the lock is another notice about HS2 crossing the canal, this time there is going to be a rolling stock yard connecting to the existing railway line. 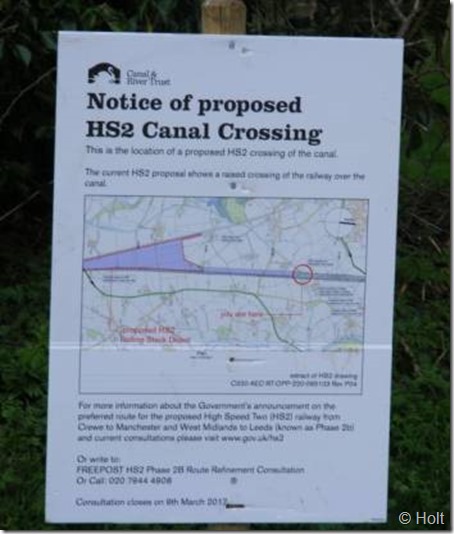 By now it was clouding over and was much darker than yesterday afternoon when we had only just set off at this time. I have never seen a Cormorant sitting on the canal bank before, I have seen plenty sitting in trees and bushes. 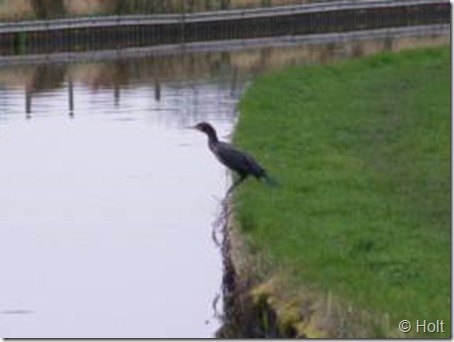 I expected this one to fly off as we approached as that s what birds do, but no, he did a graceful dive into the canal and came to the surface several yards ahead of us. He dived each time we got near until he came up against the off side of the canal beside us, hen he flipped under and came up well astern. We carried on for a bit more to just passed bridge 14 where we moored for the night at around 1650hr. We had been tied up for about half an hour when it started to rain. 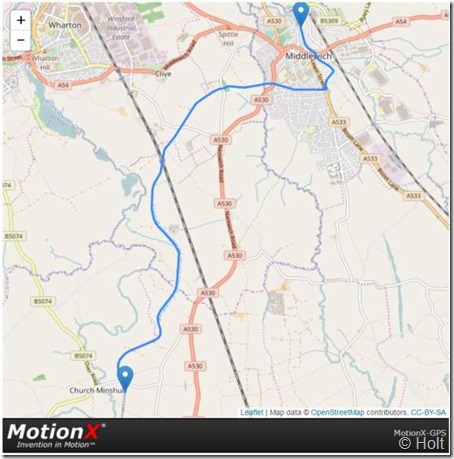