We set off at 10 stopping in town to top up with water, while we were there I noticed there was still some credit on the pump-out machine, so not to look a gift horse in the mouth we managed to reduce the tank level a before it timed out. There is another old wharf and building here with a canopy over the canal here. 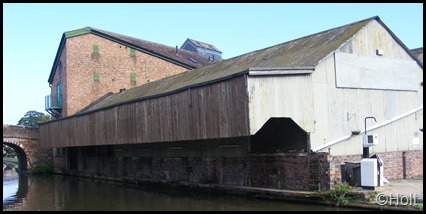 I can’t remember what it use to be but the building behind it is also quite interesting and for sale. 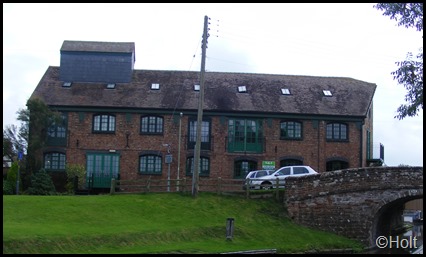 Some of the long term moorings in the basin at Market Drayton have had bit of a make over with a capping of light weight GRP grating over the old pontoons while some of the others have been barriered off.

We met several boats and when we arrived at the top of the Adderley Flight a boat had just come out leaving the gate open for us. There is a small stall by one of the locks that sells pies, sausages, home cured bacon, so we bought a pack of bacon for lunch. We had a bit of a problem at lock 3 which was empty due to the bottom gates leaking like a sieve, it looked like a paddle was part up, but both were hard down.

We stopped for lunch at the bottom of the flight before tackling the Audlem flight of 15 locks. The bacon I am pleased to say was not full of water like so much you buy these days.
While we were there a boat came down the locks and passed us, so we set off with slightly heavy hearts thinking all the flight would be against us. however the boat that passed us had moored up just a couple of bridges ahead.

Audlem top lock was full, I had expected it to have leaked off a bit as we hadn’t met a boat for about an hour. The cottage by the top lock has a small market stall and one of the things they 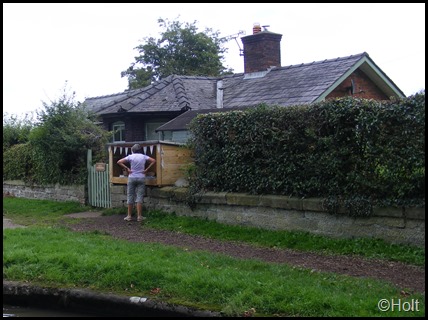 sell is locally made ice cream, so there are now two tubs in the ice box of the fridge ready for dinner tonight.
All the locks were with us although some had leaked a bit, we met a couple of boats in the first half so were able to leave some bottom gates open but as we got further down things got busier with boats coming up at every lock, a couple slowed us down a bit but on the whole they were in the right place.
A gent on a boat called “Farne” told Diana they read our blog and was expecting to see us. I do hope you are not on a schedule as I expect you had a slow run up the flight and did rather a lot of work.

Some of the by-washers down this flight can be quite fierce but with boats going up filling locks things weren't to bad. 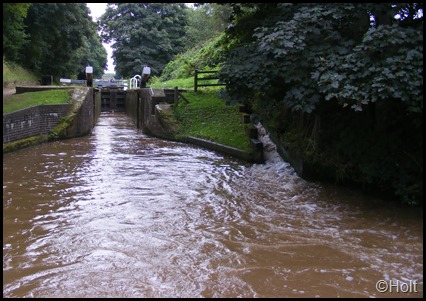 As you approach Audlem CRT have erected this fence and gate to stop people walking down what looks like a path but is obviously private, probably a culvert or something, I just thought that the door in the picket fence was a bit over the top and that a picket gate would have looked a lot better. 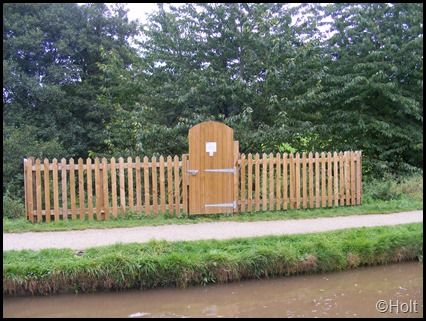 We carried on passed the Shroppie Fly and dropped down one lock to moor for the night just below the water point. 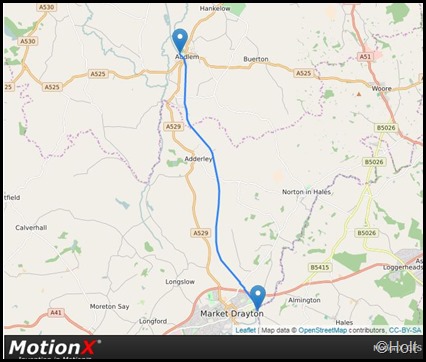