Last night we couldn’t get a table at the Great Western Arms until quarter to nine, to say the place was busy would be an understatement. The service was very good as was the food but it is more expensive than your normal canal side pub.

This morning we were away at quarter to ten, I had to hang around for a boat to come under Aynho bridge, I didn’t see them until I untied and then the wind caught me so we nestled against one of the boats on the offside, a good old Norfolk boy.

At Aynho Weir Lock there was a hire boat on the lock moorings having breakfast we we laud beside while Diana set the lock, he then had the nerve to push off in front of the boat following me as I went into the lock. Like yesterday there was next to no movement on the Cherwell. Well in the green. 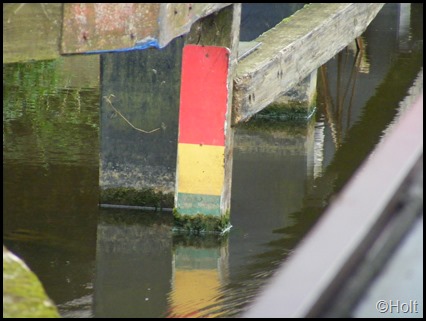 Nell’s lock was against us as we had a boat ahead of us, we caught them up at the next lock as a boat pulled out ahead of them.

Someone is now farming goats on quite a large scale on the opposite side of the canal to the pig place.

We continued on into Banbury and noticed that there are plans to build a pub, restaurant and basin by bridge Haynes Lift Bridge 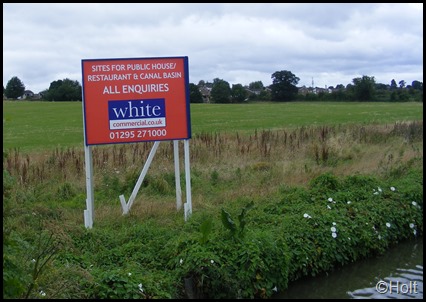 We stopped to dump the rubbish below Banbury Lock where my daughter and Grand daughter were waiting to meet us. They came for a short ride up the lock to where we moored outside the Banbury Workingman’s Club. Unlike the rest of my Grandchildren, Lucy is not impressed being on the boat and would rather not be there. 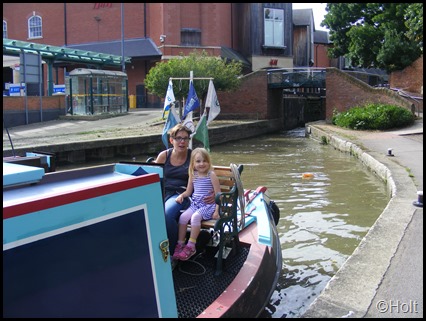 After they had left we set off again, since we were last this way there has been a large retail park built just before the railway bridge. 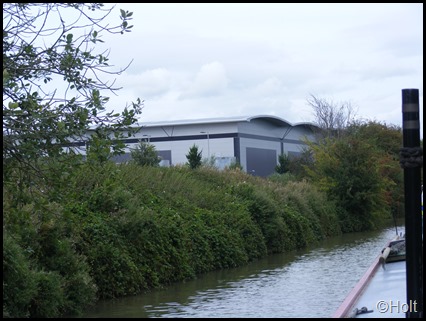 I did my good deed for the day just through Bourton Bridge where there was a boat just drifting around the cut, we stopped, captured it and re-moored it, I wonder how many boats passed while it was still hanging on one rope, its unusual for them both to let go together. We decided not to go into Cropredy for the night but to stop just after Slat Mill Bridge, again since we were last this way the bank has been piled from the bridge to the bend, we moored just round the bend as there were already several boat on the straight. 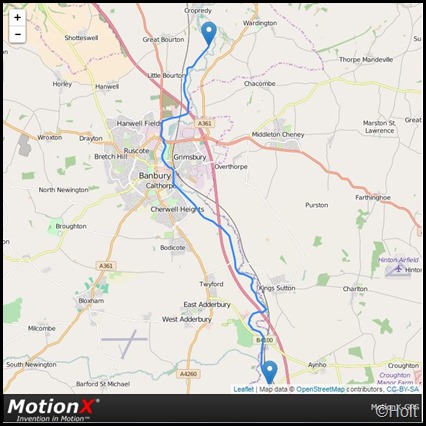