As expected the New year started of rather damp,after seeing the New Year in twice last night, BBC at midnight and ITV+1 a hour later, added to the rain we made a very late start, not getting away until 11-15 am. The weather was quite miserable with cold rain coming across on a northerly breeze.

I did wonder what made this land owner open his land to the public, especially as there were several game feeders in the 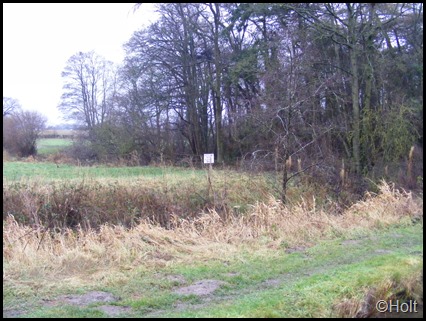 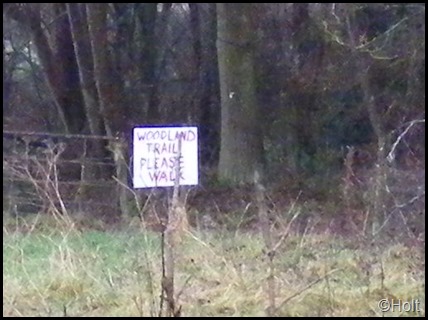 wood. I didn’t look to be near a footpath at all.

There was very little about in the cold, wet of the morning, even this chap didn’t look at all impressed. 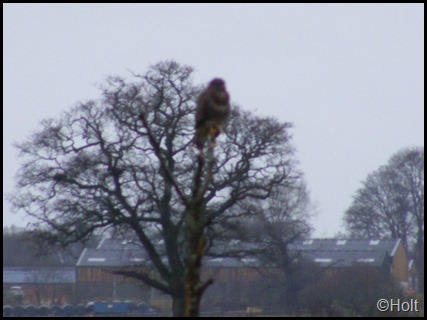 As we passed through Wrenbury we could see that there was a vintage car rally going on in the car park of The Dusty Miller, a 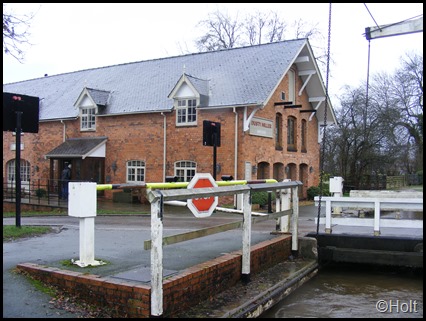 pub that stands both on the tow path and the road right beside the lift bridge, I don’t know if it was connected with the event but the caravan site just across the road form the pub also looked quite full, such a shame the weather was so miserable, but there were still a lot of people wandering round.

We stopped for lunch rather than eating on the move and when we had finished the rain had stopped, looking at our weather station we could see how the pressure had plummeted in the early hours of the morning but was now on the rise again.

We met 3 boats this afternoon, 1 hire, 1 share and one private. The sky was blue with wispy clouds and the sun was doing its 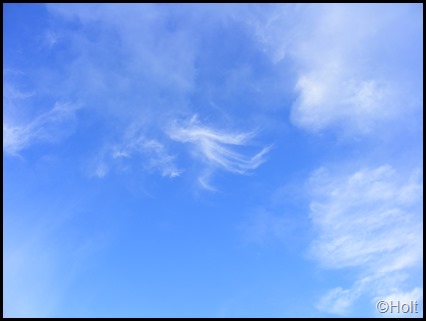 best to wish us Happy New Year. We carried on to just below bridge 4 to moor for the night on the visitor moorings, just as we were tying up the sun was sliding down below the horizon for the 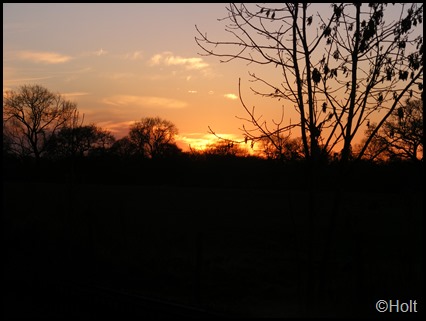 night, lets hope its back tomorrow. Posted by Brian and Diana on NB Harnser http://nbharnser.blogspot.com at 17:42

I don't think that the signs relate to walkers but rather to folk riding their horses. In the fields either side of the wood there are low jumps to test the cross country abilities of horse and rider.

You could well be right Dave, I didn't think of that, asking the riders to go through at a walk