The wind picked up a bit overnight, not steady but just the odd gust.This morning was another fine day and even a bit warmer than yesterday, I didn’t even put the insulated overalls on.

The Broken Cross club are extending the moorings at Bramble 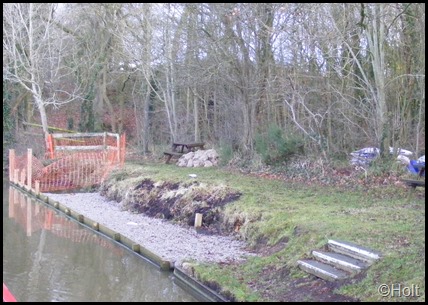 Cuttings at the moment, I noticed that some of the mooring rings have 1989 cast into the concrete bases, so its a long term project.  One set of rails has been restored, this is where the 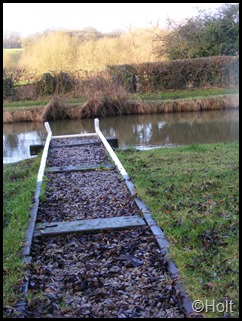 tubs of clay would have been pushed down and tipped into the waiting boats.

I made a comment earlier that I have not seen any Kingfishers this trip then on the last morning I see 3 in ¾ of an hour between Bramble Cuttings and out moorings. An unfortunate photo as the 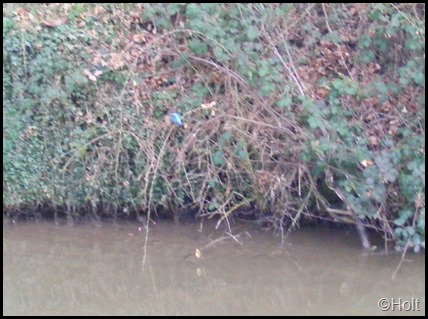 camera was set for landscapes and I didn’t have my glasses on to see to reset it, so it was point and shoot, the Kingfisher didn’t fly away and should have made a great photo.

On our way out we passed a pile of lorry tyres dumped into the canal, CRT were on their way to retrieve them, we met them at Middlewich Locks and were able to pinpoint where they where. 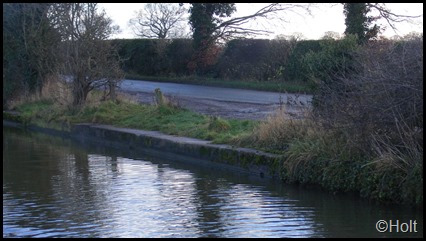 As you can see its a very convenient point to fly tip right beside the lane.

Back at the marina firstly we unloaded the boat to the car, then drained the water, I drain the potable water system all the way back to the isolation valve on the outlet to the cold water storage tank. Once that was all done there was the final task before we could set off home and that was to remove the 24 volt alternator, it had been making some protesting noises for some time and when I got it off there must have been a good 5mm end play in the shaft so it may be passed saving. 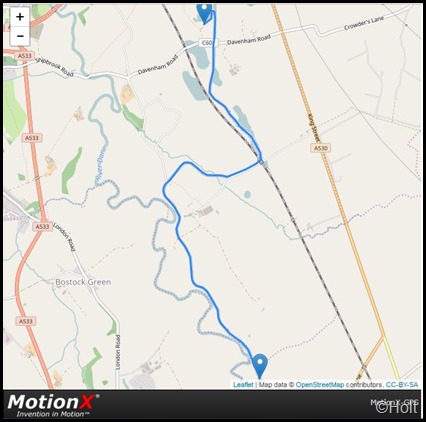 Posted by Brian and Diana on NB Harnser http://nbharnser.blogspot.com at 22:07