Our normal 10 am start in sunshine, we only went about 150 yard before stopping at the services to fill with water. Opposite the services is the Norbury Junction CRT yard and they have what looks like two legs of a set of share legs standing by the canal. Although in this photograph it looks like it, they are not resting against the building but are fixed into the ground and an angle 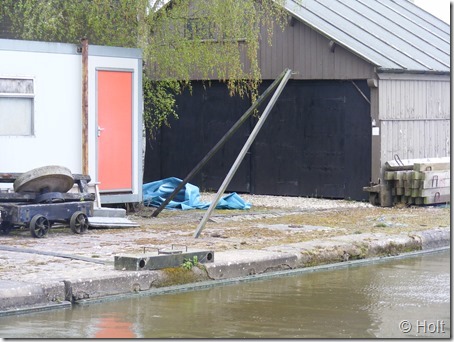 It wasn’t long before the coat was on as the weather turned cooler but summer is coming, I think these Bluebells are native ones and we saw our first Swallow,  as well as lots of ducklings. 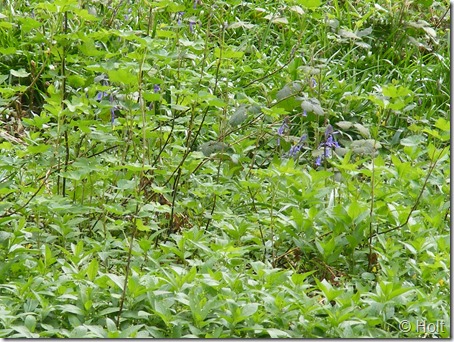 When we were heading south on this canal I mentioned white canes along the towpath, these have now been joined by blue paint on the concrete and the piling at 60 foot intervals. 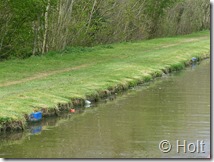 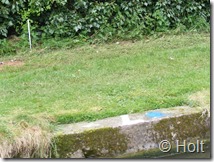 The reason for them I suspect is part of a National fishing competition that will take place in August on long stretches of the Shropshire Union canal.

On the long term moorings we passed a boat that advertises Sign Writing, he also has a sign on his canal side shed so I was wondering if this might be his truck parked nearby. 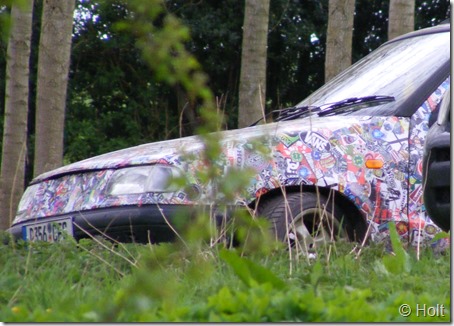 You often see boats that have been extended by welding a section into the hull, but it is unusual to see one extended at the stern like this one has been. 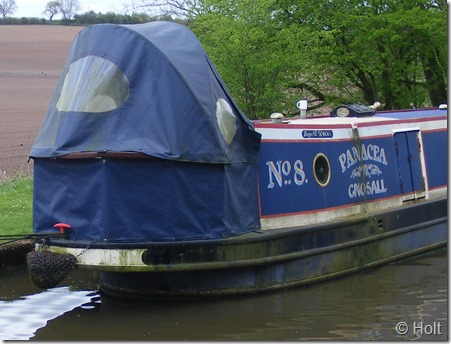 We had planned to stop above Tyrley locks but as we arrived a boat had just ascended the flight so all locks would be with us if we carried on, so the plan was changed. It got even better and we met 3 boats so where able to leave gates open and have some open for us. Talking of gates, this one leaks like a sieve. 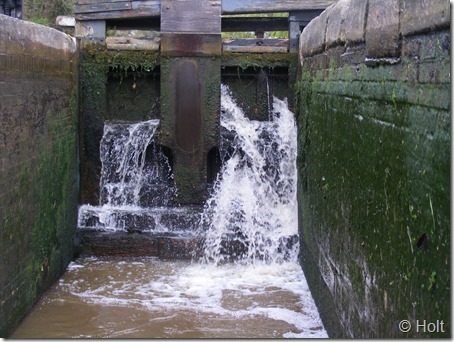 At the top of the flight on the wall at Tyrley Wharf there is a rather nice cast information board giving a bit of history of the place. 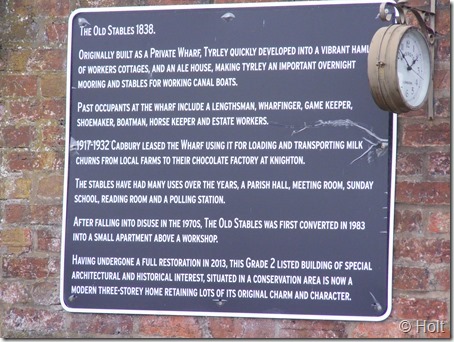 Once clear of the locks we headed on to Market Drayton to moor for the night, the weather stayed fine but very threatening at time.

Once moored we walked into town for a bit of shopping and when we left Aldi it was raining and we didn’t have coats, so we got more than a bit damp in the 15 minute walk back to the boat. 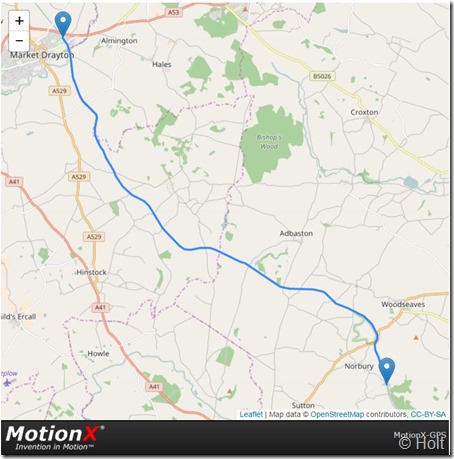