We set off from home at just on 9am and had an excellent drive to the boat, stopping at Bury St Edmunds to top up with diesel. Its been so long since we have done a journey of any length I can’t remember how to link the phone to Tom Tom.

We arrived at the boat and everything was in order, batteries fine with the small solar panels I have onboard. Rick on Coal Auriga from https://www.alvecotemarina.co.uk/canal-carrying/gravenor-boating-co/ did give her a look to make sure all was OK during the shutdown for us. The engine started first time and no water leaks from the plumbing so all looking good. We unpack and had a bit of lunch sitting out on the front deck in the sun shine before setting off towards Atherstone. A short hold up at Polesworth as a large branch went through the prop and wedged between the skeg and the bottom of the rudder having a very bad effect on steering.

We stopped at the services at Grendon to fill with water, while we were doing this I was aware of Atherstone locks being dropped with the surge of water, sure enough just after setting off we met a boat,as we arrived at the flight a second boat was almost down in the bottom lock so I just had to hover a bit. Just as I entered the lock a boat arrived behind us and walked up to help. The had come from the Llangollen and had only had two locks in their favour and now they were behind us. We were about half way up when a boat coming down turned the next lock against us and we were out of the lock and waiting for the second as they entered the lock. They didn’t gain anything as the boat behind us turned the bottom lock so holding them up, they didn’t gain ether as they had to wait for us to leave the lock so they could then turn it. We moored up above the second lock from the bottom behind another boat, through the bridge ahead of us its now nose to tail with moored boats.

The day has been a real cracker with no coats needed, clear sky’s and sunshine. We have done 6 miles  and 2 locks in 2 hours and 40 minutes 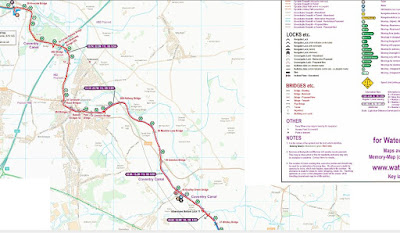