Last night was again very quiet resulting in us not waking very early this morning. We set off at 11am and turned left at the end of Great Raveley Drain. The garden of the house at the junction was full of geese and on the opposite bank there were a collection of Pea Cocks which a assume have migrated across from the house. We continued on until we reached Monks Lode,

we have never been down here before but it is dead straight all the way to the limit of navigation by the pumping station and bridge, it looked fine the other side of the bridge and I am sure we could have got under it but this Lode is only about 40 feet wide and as it is we had to reverse all the way back to the junction so we didn't risk going further. 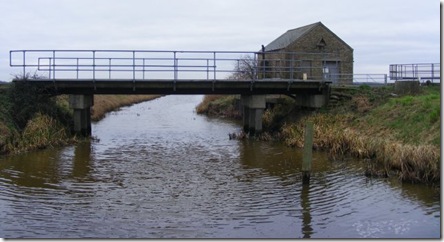 Once we had reversed out we retraced our steps back to Lodes End lock and locked up to the Ramsey 40 Foot. The level on the 40 foot has probably risen by 2 inches since we left. We now turned sharp right down High Lode passing Bill Fen Marina, they still had their flood gates securely closed, 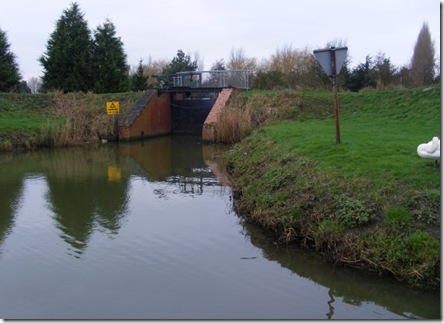 we continued on to the end of High Lode in Ramsey where we winded with the bows into the brambles on the off side, these brambles made things tricky as there is only just sufficient width to the wall and a meter of brambles sticking out made it difficult to swing the bows back downstream with no flow to assist us.

The waster level is so low that we can't get against the quay so we just have the centre rope out to the only bollard we can reach and are about a foot or so out into the Lode. The weather forecast has taken a turn for the worst, until yesterday it was forecasting cold and bright for the rest of the week with night time frost, that has now changed to be a bit warmer with rain on and off through out the days.
Posted by ************** Brian and Diana on NB Harnser******** Maps by https://www.waterwayroutes.co.uk at 16:45