After mooring yesterday afternoon we walked along the bank to Three Holes hoping to check out the pub and find out where the IWA were planning to put the new moorings, we failed on both counts, the pub has closed down and is being converted into a private house and there was no one about to ask about the moorings.This morning we woke to both the sunshine and the bird scarer banger going off, well it was just above us on top of the bank.We set off at 1030 am passing under Three Holes road bridge and tr

avelling about quarter of a mile down the Middle Level main drain, this drain sliced through Pophams Eau with the channel on the west going through the village and the channel

on the east going to Nordelph. We decided to see if we could get down the channel towards Nordelph, 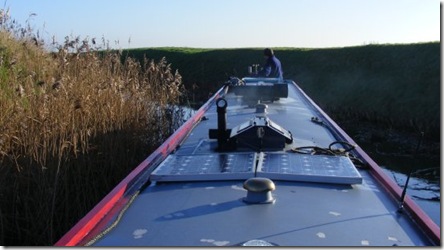 it runs at an acute angle to the main drain but the very end is turned to meet at right angles. We entered this disused channel quite easily and surprisingly got round the sharp left hand bend. The channel was about 16 wide and reedy on both sides, I tried a pole and it is about 4 feet deep with a very hard bottom. 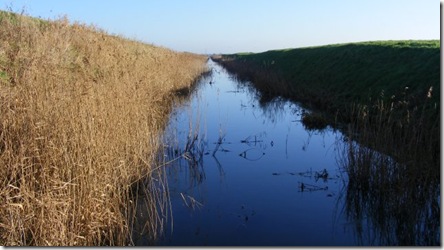 It runs dead straight as far as the eye could see, we only went a few yards as I would have to reverse all the way back and there was also the possibility we could encounter something like eel nets, so I just took a few photos and backed out. Once back in the main drain we headed back through Three Holes bridge and turned right, west along Pophames Eau, here it's about 80 foot wide and is the county boundary of Norfolk on our right and Cambridgeshire on our left. 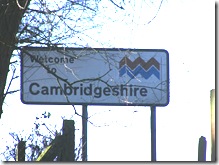 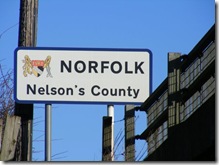 When we reached the end we turned left towards March where we planned to spend the night on old course of the River Nene. As we passed the wind farm it was such a cracking day that we made a change of plan and when we reached the Twenty Foot River we turned right, passing the sewage farm on our left, under the railway line and then a little later under the disused 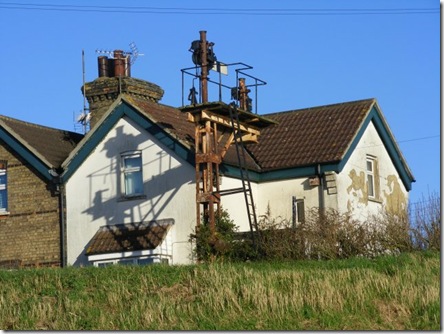 railway which is now a cycle way. Not long after this we came to Infields Bridge 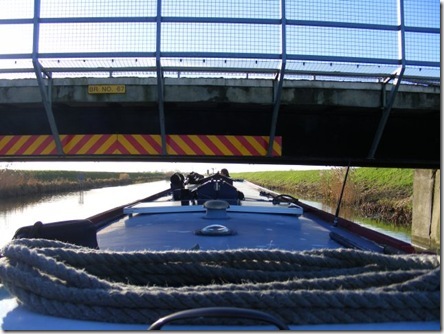 this is the lowest bridge on the system that we can get under but today the water was well down and we didn't even touch the radio aerials. 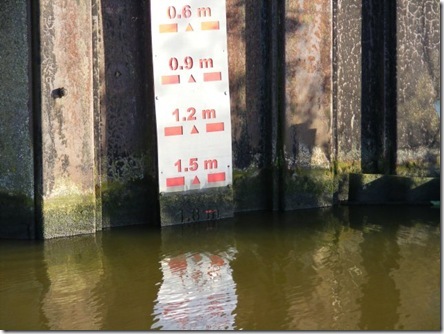 We carried on well towards Angle Corner before pulling over to moor for the night. The river here is exactly lined up with the sunset and the sun appeared to sink into the water just on 4 pm 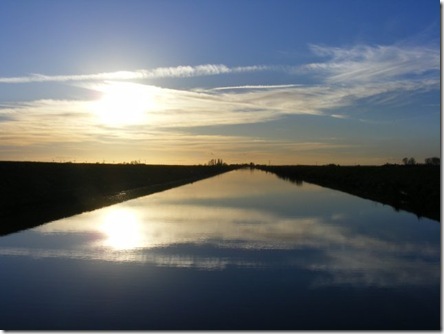 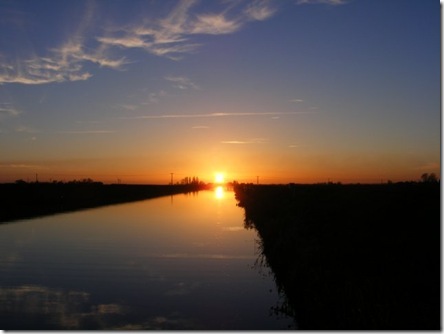 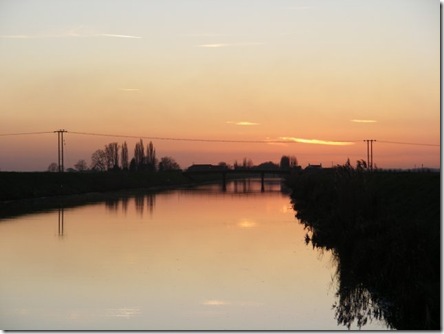