First the very good news, Windows Live Writer is once more talking to Blogger, so well done to the guy’s & Girl’s who sorted it out for us.

Well we had another 12 hours of rain, from mid day yesterday until well after midnight. Today has been better but this afternoon the wind picked up.
Our Journey has only been a short one leaving Westport Lake at 10 am we came as far down as Middleport Potteries where we moored on the off side against their car park, there are 3 rings about 55ft apart if you fancy stopping for a visit. 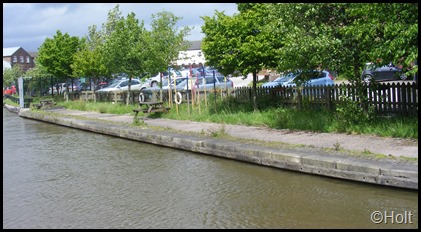 The reason we stopped was to take the factory tour. We had called in on our way up and spent over half a day at the visitors centre which is all free so today we did the paid for tour of the works and it was first class. You really see how its made from end to end, no looking through windows, you are in there with the workers.

I have produced a separate blog about the potteries at http://visitsbyharnser.blogspot.co.uk/2015/06/middleport-pottery.html but its quite long with several photos and videos

While we were there my daughter came to see us and we all had lunch in their very nice cafe.

It was 3pm before we left and the wind had freshened quite a bit from this morning. We decided that we wouldn’t do the Stoke locks this afternoon but would look for a spot on the beginning of the Caldon Canal and as luck would have it there was room for two boats between the foot bridge and the museum. We pulled into the first and since we have been here another boat coming down the Caldon has taken the second.

At Bridge I think it was 119 it looks very much like they have been successfully spraying off the Himalayan Balsam weed. If so its a lot less labour intensive than pulling it up by the roots. 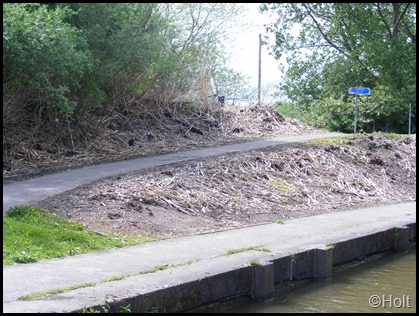 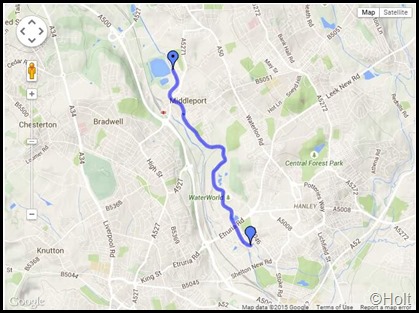 Is it Himalayan Balsam or Japanese Knotweed? We came through last weekend and noticed vast areas at the southern end of Harecastle tunnel, Westport Lake and Hanley Park have all been obliterated. Only a shallow fringe remains bordering on the canal.

I presume they didn't want to kill any fish.

Now you have got me, I am not sure.