Well it was nice to be away from the A38 at last. We left at our normal 10 am down to Alrewas lock. On the way through Alrewas we passed this cottage that is being re-thatched. 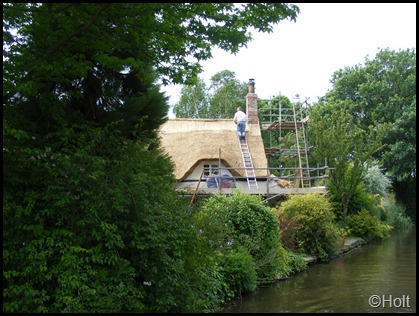 There is a level indicator mounted below Alrewas Lock to show the height of the river, green is normal, yellow it is starting to flow a bit fast and red you really didn’t ought to be here. I don’t think I have seen it this far into the green before. 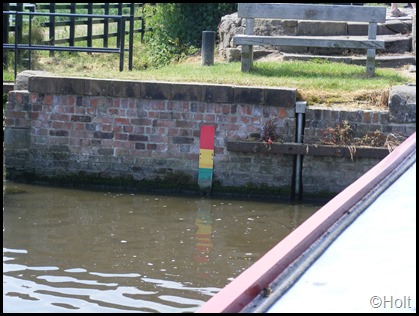 The river Trent comes in from the left a short way below the lock and flows for about 200 yards before going over the weir to the right. The weir is protected by a row of floating buoys. Or should we say boats are protected against going onto the weir by these buoys. I just wondered if these to shrank from getting too wet.

A nice steady run down to Wychnor Lock where we left the river and returned to the canal system, but not for long, we only went as far as the winding hole before turning and retracing our steps. We knew there were two boats following us down the river and the first arrived at the lock moments before us, so turned the lock to our favour. Then up the river again, There is very little flow on the river apart from the section at the top where the Trent joins and then leaves via the weir but the level is effected all the way to the lock. Again approaching Alrewas Lock there was a boat coming down so it was set for us. There were a few vacant mooring spots in the village but I think lots of people thought it would be a good place to stop with the weather forecast at the moment. I dropped Diana off at the first bridge and she walked into the village as there is a lady who sells home made jams and chutney’s at her garden gate, I met up with here again at Bagnell lock, While locking up I was able to get a better photograph of the living sculpture.

We continued up through Common Lock where there are some off side moorings, at one of them a boat is being fitted out and its at the end of these where what looks like a diesel tank stands, the delivery pump is still some way from being connected. 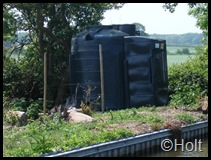 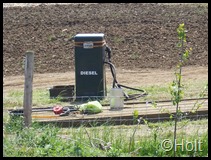 At Fradley Locks I thing we caught most of the volunteers at lunch, there was one on duty at Keepers and then as we worked up Middle Lock another appeared. Other than that we were on our own. We continued on to Handsacre and as it started to rain and we were not actually heading for anywhere we decided to stop here for the night. If the weather turns as bad as they say, I will just reverse up in the morning to the winding hole that is only 40 yards behind us, turn and head back to the marina, if it is reasonable we will probably go to Rugeley. 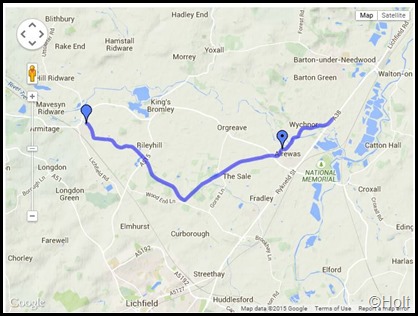