It was a good mooring last night, a couple of boats tried to get in behind or in front of us but it was far too shallow. We left a few minutes passed ten and met lots of boats all the way to Fazeley Junction.

While I was home I made a new enclosure for the I pad which I use with http://www.waterwayroutes.co.uk/ you may remember last year it was a cereal box stuck together in best Blue Peter fashion. This one should also be usable in the rain.

It was quite surprising how many ducks and Moorhens have had a late brood this year, we even saw one where they were still so tiny she was brooding them on the bank, so probably hatched yesterday. 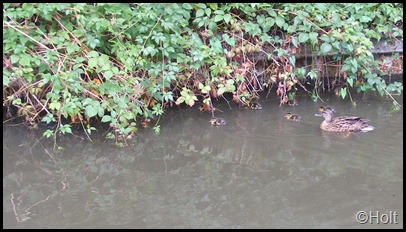 CRT are repiling the bank at Hopwas wood, I don’t think the digger on the offside was actually moored to anything. 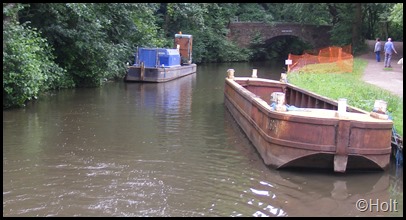 I wonder if they ever traced the owner of this bike, he may want it back, but I doubt it. 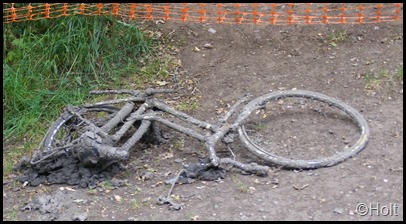 We stopped at fazeley CRT offices to fill with water, what we took on yesterday tasted very strongly of Chlorine, not good on tea. While we were there Diana jumped ship to visit Tesco and I picked her up again on the Birmingham and Fazeley Canal by the mill. It was a bit early still so when she returned we continued on to moor by the lakes. As I pushed the stern out to leave I manage to stand in a pile of dog poo, luckily Diana spotted it before I walked it into the boat. When we arrived at the lakes the sun was out and it was a nice afternoon so we carried on up the flight. Needless to say all the locks were full although we hadn’t 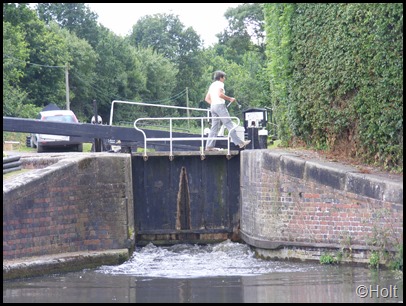 seen another boat since the junction going up but one did come down so we were hoping for better things. Last time we were this way CRT were very busy installing posts to stop cars driving into the lock. ( I am sure they employ someone to try to think of all the things that could possibly go wrong regardless of past history or how unlikely they are to happen) Today the bollards are all gone, a local said they were considered to be dangerous. 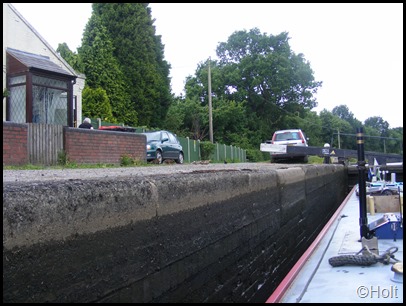 I wonder if that was the same person that said it was dangerous without them, maybe he got a bonus. You can see them installing them last November in my blog at http://nbharnser.blogspot.co.uk/2014/11/hopwas-monday-3-november-2014.html

We continued up the flight and passed The Dog in a Doublet pub and guess what, there was a boat coming down in the next lock, so we went up one more before mooring for the night at about quarter past four, if we go any further then we have to do the whole flight, even here the M6 is noisy. 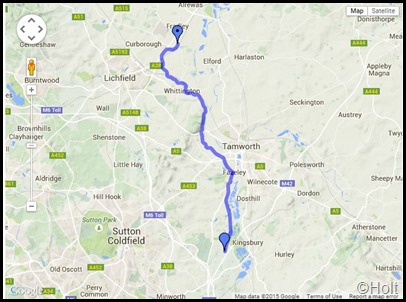