We woke to sunshine this morning and somehow managed to be on the move a bit earlier at ten past nine. I met a boat just through the first bridge who just stopped about 70ft the other side of the bridge directly in line with the bridge so it wasn’t easy getting round him and we just cleared the hire base as they started to play dodgems. 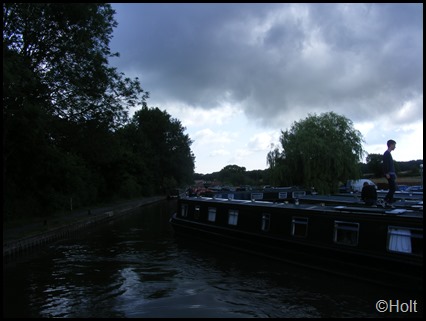 There was plenty of room to access the aqueduct but I still don’t understand the notice pointing to the aqueduct saying 48 hr moorings. I could see a day boat ahead but it was well gone by the time we crossed the aqueduct. We were to see it again at the Bearley Lock where there were two of them on the lock moorings enjoying a cup of tea. a boat came up the lock and they didn’t move so I went passed them into the lock giving them a friendly wave and hello. Its not often I am pleased to see boats moored at locks by today it was great. The decided to follow us down after I pointed out that the boat approaching from below had priority. Next on the agenda was Edstone Aqueduct with its 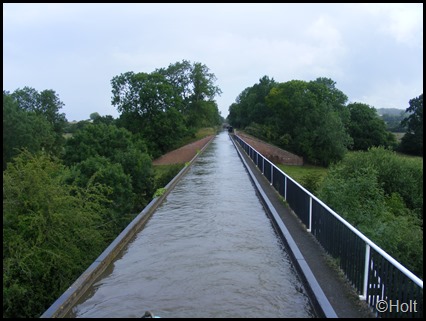 low level towpath. Like the Pontcysyllte this is a cast iron trough aqueduct spanning both a river and two railway lines. The lines have to part to go each side of one of the supports. 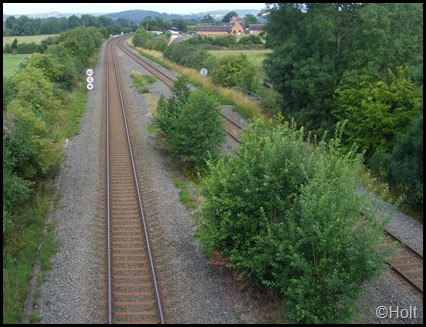 We had a bit of rain for a time, enough to require the rain coats on again.

We caught up with a boat at Wilmcote top lock but we were to meet several boats in the flight so it didn’t make it too much of an inconvenience. Some of the lock beams have notices saying to lift fenders as the locks are narrow and looking at the worn brickwork in this one they are not wrong. 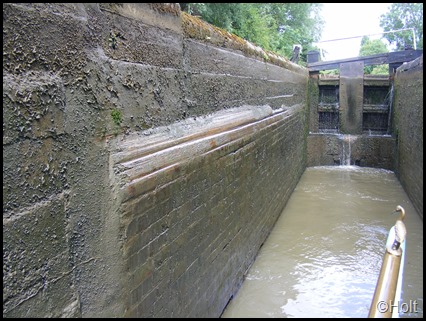 You can see the groves worn by the base plates of modern Narrowboats. The view from the top of these locks is quite spectacular as you go straight down the hillside. 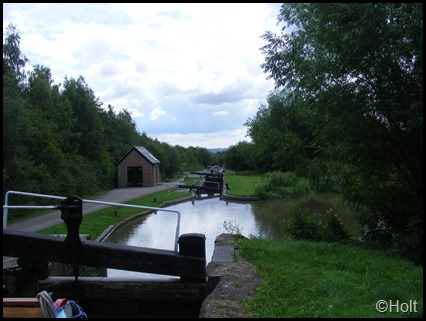 One of the interesting things about this canal is the bridges, they arte quite narrow as they don’t have towpaths, the horse went round the bridge not under it and the tow line passed through a gap in the cantilevered bridge deck. Most of them seem to be built on a slight bend so you have to be well to one side of the canal to line up on them. 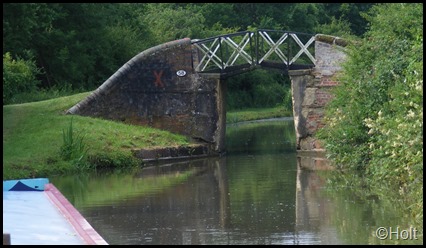 The boat we were following stopped for water above Bishopton Lock so we were able to pass them, we thought this would give us a good run into Stratford but we caught up with another boat at Birmingham Road Lock, he had just left the moorings at the boat yard just above the lock so that meant the last 4 were also against us, we did have help from a CRT man at Maidenhead Road Lock as he was there refilling the pounds which was very helpful. We arrived at Stratford Basin at 1430hrs and it was full, there was just one space down the far end by the CTR/River Avon information boat, its bit of an awkward spot to get into right at the end of the lock mooring pontoon which is probably why it was empty, but we slid in backwards with no problem and what’s more it a short walk to go and buy our river licence ready for tomorrow.

This evening my son and Grandsons came over for dinner and we walked up to Jimmy Spice’s for an all you can eat international buffet.http://jimmyspices.co.uk/ which was good value for money with the kids being half price. 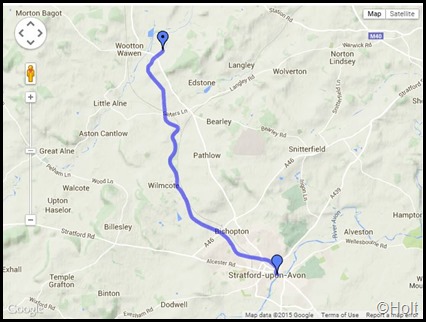