Well it not been too bad a day, it didn't rain and most of the locks were with us, that's the good bit now the other. Woke to find the domestic batteries just below 24 volts so they need replacing and when I went down to check the charge current I could hear and alarm going off. Not fire or CO but in the galley, then I remembered the water alarm under the fresh water pump, that was it. The fresh water pump has started to leak so along with batteries that's on the shopping list.

We were away at 10 and although it wasn't raining the day was very overcast, cooler and damp. Most of the locks were with us, probably helped by the boat that came passed in the dark last night. We only saw one other boat on the move and we didn't meet him until Townfield lock coming into Kidsgrove.

One of the things I have noticed on a lot of these locks is the right hand wall is eroded just above the empty water level about 200mm from the bottom gate recess, I just cannot work out what would have caused this to happen, its not just one lock but several.

Another mystery is Church Bottom lock, I wonder if at one tie it was fitted with a single bottom gate, as the near side gate recess is twice as big as it needs to be, its the only one like it on the flight. 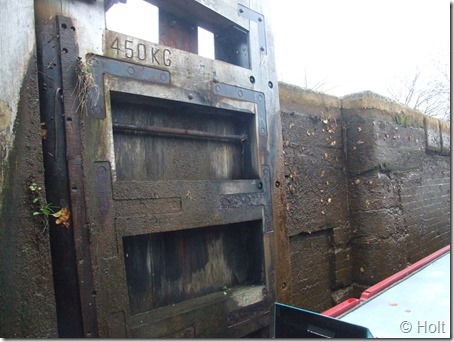 Depending on your point of view there was an interesting "creature" lurking on the top gate of Thurlwood Top Lock. 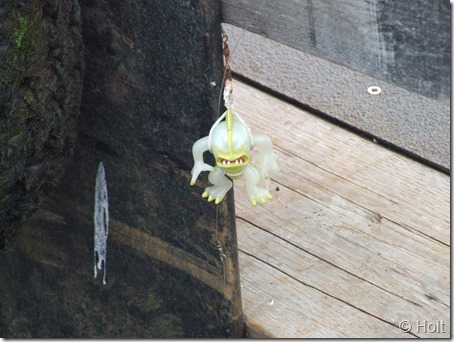 We stopped to fill with water and dispose of rubbish at the Red Bull CRT service block, the moorings below here are designated "Winter Moorings" but not a single boater has taken them up, they look to be some of the better ones. We met a CRT operative here who was chasing, on foot, the boat we met 3 locks earlier, it seems that the requirement to close gates when you leave doesn't apply to him so the chap was going for a word in his ear.

We pushed on up the flight passing under Poole Aqueduct, this is quite unusual as it carries the Macclesfield Canal Feeder over the Trent and Mersey canal, most cross roads or streams and only a few cross canals. After passing under the Macclesfield Feeder we went up through two more locks and then turned onto the Feeder at Hardings Wood Junction only to then pass over the Trent and Mersey canal where we had been 30 minutes earlier. 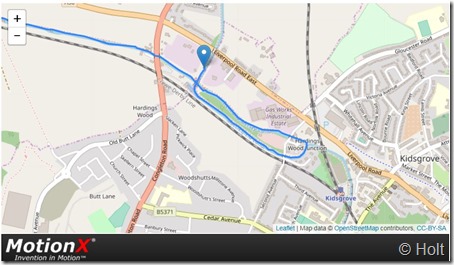 This canal doesn't actually become the Macclesfield canal until you get to Hall Green Lock, this is because the Trent and Mersey company wouldn't let the Macclesfield company cross their canal, so they built the aqueduct and feeder to meet them. 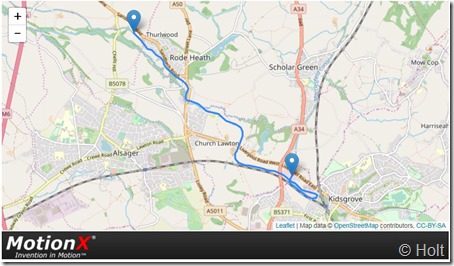