Last night after we moored up the wind picked up and by the time we went to bed I was out trying to stop the solar panels rattling. I was hoping to sit on deck for a bit looking for the meteor storm as it was so clear but it was just plain uncomfortable, so I went to bed.
This morning was a completely different day, sun shine again like yesterday and not a breath of wind. We finally set off just before 11 AM and only met 2 boats all day, the first thankfully waited for me at a bridge hole, with the sun coming straight down the cut I couldn't see him until almost in the bridge, the second was coming up Plants Lock on the T&M, he kindly opened the top gate on the adjoining lock for us and we in turn closed up for him after he left.

I have been trying to get my head round the system they used for the Mile Stones on this canal. as I posted yesterday there is a large on every mile, on the south face its the full miles to Marple and the north face the miles to Hall Green but in this case it includes a ¼ mile as the first stone is a ¼ mile from Hall Green lock.
Between each mile stone there are 3 smaller stones marking the ¼ miles, on the first one you pass travelling north after a mile stone has ¾ on one side and ½ on the other.

The middle on has ½ on one side and ¼ on the other, the final one


For those of you that know me will realise that this meant I have walked much further along the towpath today than I normally wood in a day, it wasn't just a case of walking from 1 Mile Stone to the next as some of the smaller ones are missing and some damaged so it was impossible to read the inscriptions.
It looks as if bridge 71 has been on the move it is only a foot bridge, some joints have been repointed and the offside stone work has a selection of surveying targets on it 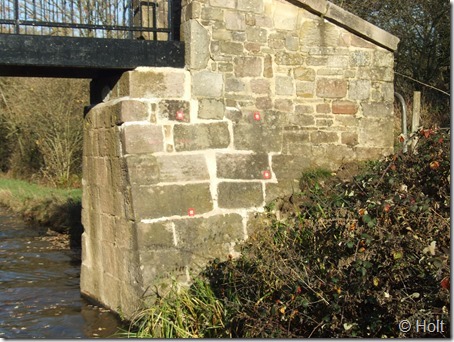 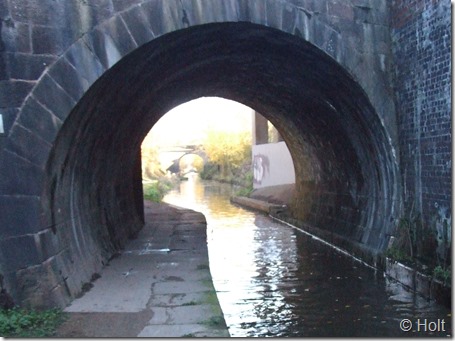 Down at Hall Green someone has erected in the hedge facing the canal what I can only describe as a "bus shelter" complete with three hanging seats. 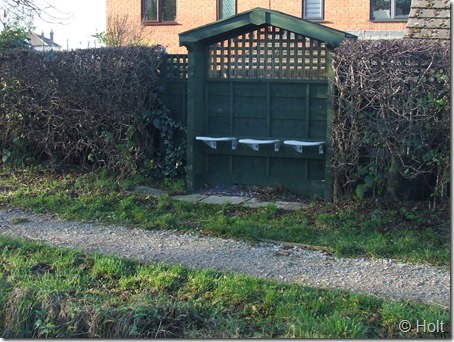 It was then through Hall Lane lock and back onto the Trent and Mersey canal, crossing three aqueducts, the first over Knowsley Lane, the second a bit larger over the A50, Liverpool Rd. and finally the Trent and Mersey canal to Red Bull Basin where its sharp left to rejoin the main line at Hardings Wood junction. hard left again and down through Plants lock. We prefer the left hand chamber if possible as the tail bridge is a foot higher and I don't need to remove the flag pole, stove chimney and exhaust. Between Plant lock and Limekiln lock there is a long length of visitor moorings which will just suit us for the night. 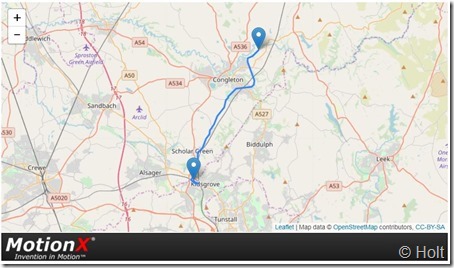