Our initial plan for last night was to go to The Shampaan Indian restaurant for a meal, but as the weather was so inclement we compromised and had a take a way from there. We will eat in the restaurant when the weather is better.

This morning the weather had improved greatly so we set off a little after ten stopping for water and using the facilities. Although it was quite cool it improved as the morning went on and the sun started peeping through. We only met one boat and that was at Booth Lane Middle Lock, I am glad we met them rather than following them.

Work is coming on well with the new lock moorings below Booth Lane Bottom lock , it looks as if its just a case of clearing up now. 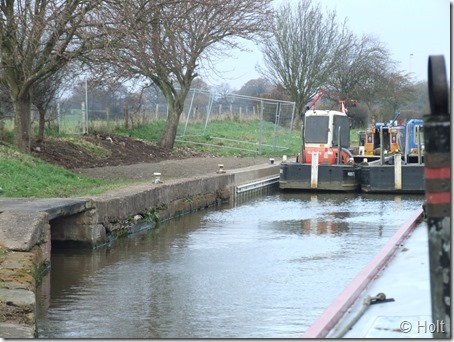 As we got to Rumps Lock it started to rain so we thought it would be a good idea to stop below the locks and have dinner. By the time we had finished eating the rain had stopped so it turned out to be good timing.

Setting off we had to pass through a flock of over 40 swans and twice as many ducks, obviously a lot more than this stretch of water could support naturally. 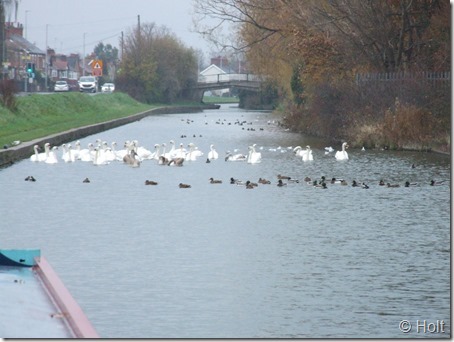 The levels of the Middlewich locks was mixed, some full and some empty. We soon left the locks behind but by now it was doubtful if we would get back to the marina before dark. On one of the fields I spotted 2 Herons or Harnsers, its unusual to see 2 as close as this 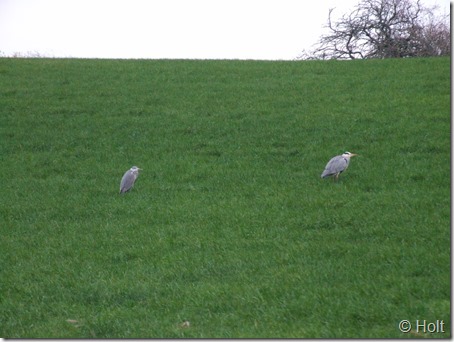 out of the mating season, but then with the weather we have had of late I have seen ducks mating this week.

By the time we did get to the marina the light was really going, but we did manage to reverse down to our berth without incident, luckily the wind had died right away which helps, having said that its picked up now. 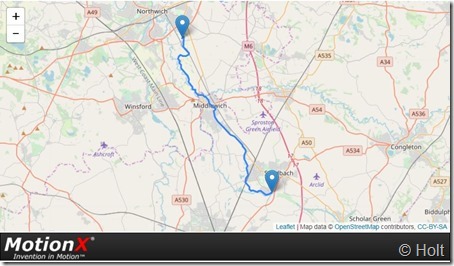 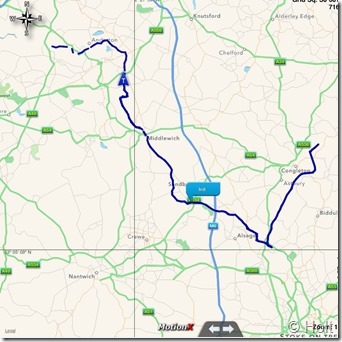