It was very fortunate that we moored where we did last night, overlooking the hills with all the lambs and sheep,  because I was 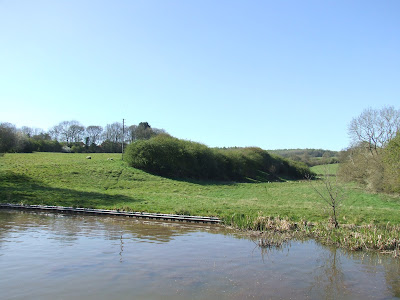 looking up the hill this morning and saw four legs waggling in the air. There was a ewe flat on her back on the top of the hill. We pushed off and I drove Harnser's bow through the offside mud so that I could get ashore and help her. I think she had been there quite some time and if the legs had not been kicking when I looked out I wouldn't have spotted her. I pulled her back onto her feet but she was very unsteady, in the past when I have done this they have just run off, but she was far to unsteady to go far, I stayed and watched for a bit and she finally wandered off, hopefully she will make, at least I gave her a chance.

We extracted ourselves from the mud and were on our way at 10am. heading for the Atherstone Locks, on the way we saw a single pair of Swallows, the first I have seen this year on the canals but I have seen some in Suffolk. When we arrived at the top lock we found one boat in the top lock, a single hander in the second lock, a boat waiting to enter the lock and then us, it was a slow journey. There was one Volockie on at the top lock as two had called in sick. Just below the second lock there are some allotments, I wonder what the allotment committee's view is on this one. 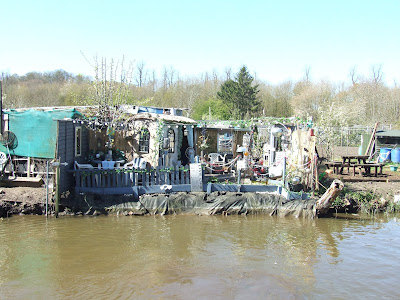 We got down to Lock 6 and I spotted this notice about 5 Yards from the lock, do the Canal and River Trust not realise these are Atherstone Locks? 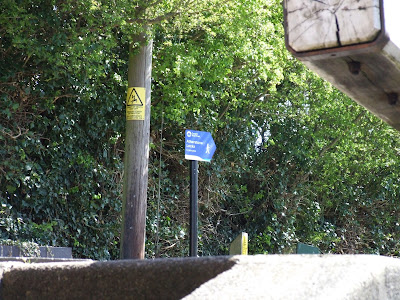 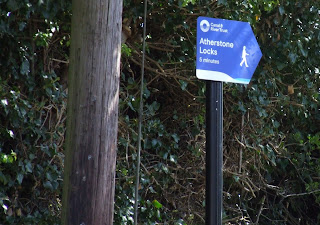 The boat directly ahead of us pulled in for lunch in the long pound below lock 7 so we now had a bit of clear water plus a boat came up lock 8 which helped us on our way as he left the top gate for us. The long pound between 9 and 10 was down a bit but still enough water, by lock 11 we saw the 2 boat in the convoy leaving but we didn't see the first any where. We pulled over at the services and topped up with water, this is a nice fast tap with good pressure and once full were on our way again. We hadn't gone very far when a bucket of fire ash came straight out of the side hatch of a moored boat, straight into the cut just in front of us, I don't think they knew we were there. A steady chug saw us moored up at 3pm. at Polesworth. There was only one other boat here when we arrived but we now have at least one behind us. Tonight is an Indian Takeaway which we will collect from Ratna Indian takeaway which we have ordered on line but will pick up. 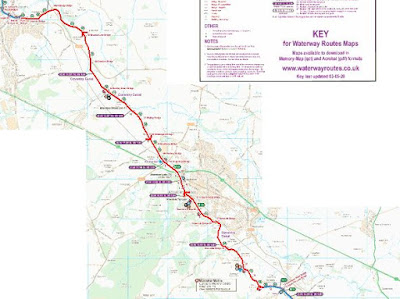 Todays Journey six and a half miles in five hours

Well done on righting the sheep. It annoys me when I see boaters putting their ash in the canals. They are probably the ones who complain about lack of dredging. Hope you are having as good weather as we are
Still on the weaver