Early start for us, 9am as we had agreed with Avalon we would travel to the Thames together. The moorings here were very quiet overnight but I was still awake at 5am.

The flow below Fobney Lock was not to bad, nothing like when we came up and boats leaving the lock almost turned round with the flow. I lead the way down to County Lock which was just as well because due to some large bushes it is impossible to see the lock mooring until you are level with it. At the lock 4 men had just finished erecting a new sign about the traffic lights. 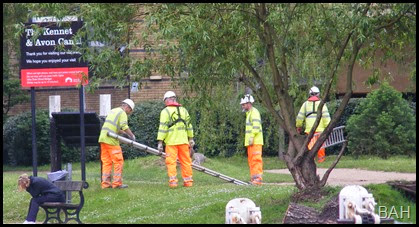 Once the lock was empty Margaret went and pressed the crossing light so we got a green straight away, as I was on the outside I lead off through the town passed the Dinosaur golf park 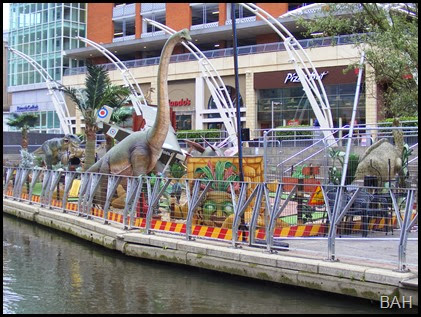 and the last obstacle a bridge with a low curve on a bend so the flow takes you sideways. You may start off nicely lined up but soon the stern is heading for the left side of the arch, we 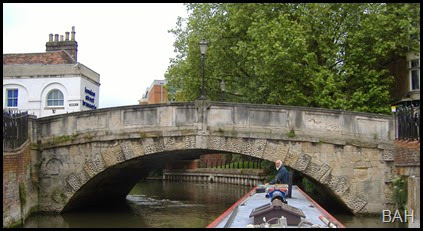 escaped with all handrails still intact. Eventually we reached the end of the controlled section. 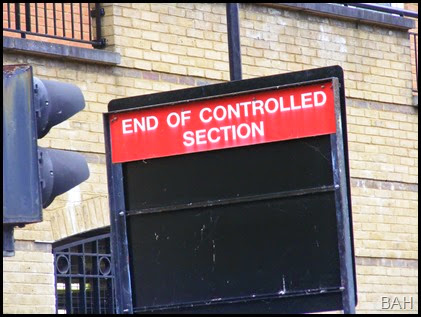 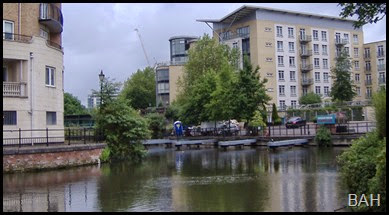 miss, but there are some fine old looking buildings by the weir. 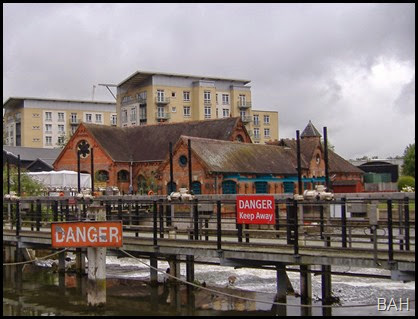 There were lots of Swans on the Kennet and a pair of them were black, I didn’t realise that their chicks were pale, not quite white, but not black 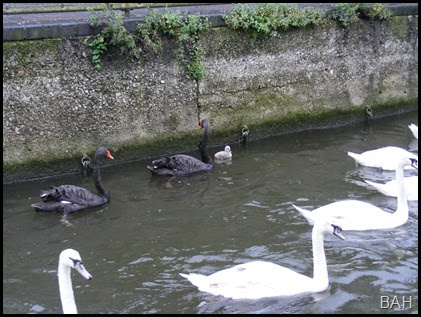 Once out onto the Thames we waved goodbye to Avalon as they headed upstream to the South Oxford heading for the Llangollen, we in turn went down stream towards Marlow.

We were rather intrigued by this barge who had his tiller on pointing backwards and an extension over the stern to stand on. 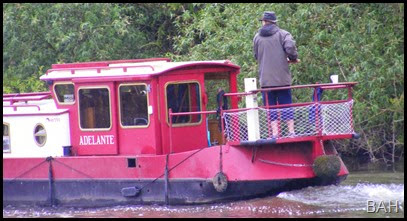 The next point of interest was this tug coming round the bend on the wrong side trying to overtake a hire boat. As you can see he was pushing quite a bit of water.

We pulled over at Shiplake Lock, the land of tents to fill the water tank and empty the loo tank which cost £9

At Henley the erection of the regatta course is in full swing with three quarters of the river blocked.

All the marquees along the towing path ready for the big day.

We were followed down the course by a ladies 8 but they weren't going very fast at all and we were at the next lock before they caught up. Anyone know how far they pile all those posts in?

You may recall that I posted a photo of an old iron fencing post last week well here is the modern equivalent. 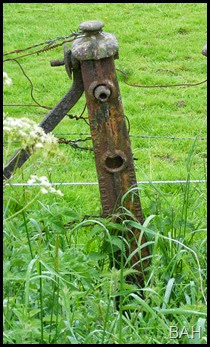 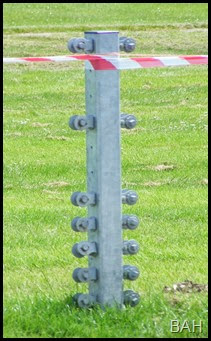 Approaching Temple Lock the Steam launch “Alaska” was just setting off and followed us down to Temple Lock but the lock keeper was adamant there was not room for both of us so they had to wait while we locked down alone. As we approached Marlow Leisure Centre 3 Narrowboats from the river Nene had just moored up. The front one kindly dropped back so that we could get in on the front. These moorings are free for 24 hours, very handy. Just as I was getting in Alaska came by heading downstream. 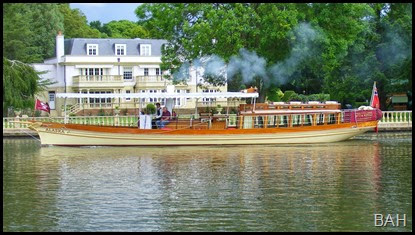 Funny I didn’t get a cheery wave this time, maybe he felt it was my fault he had to wait.

The view from the back doors is quite pleasant, it looks as if the bridge has had a coat of paint since last time I was this way and

yes we did turn round to moor, the river is still on yellow boards. 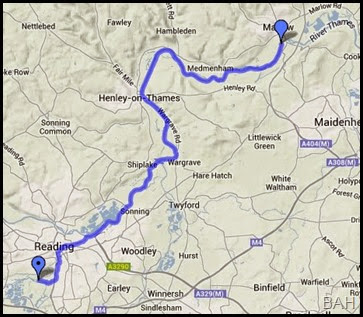 Hello Brian, we like the moorings in the Abbey backwater alongside the prison, very close the the town centre, and free!