Another good meal in the Rowbarge last night. This morning was bright but not so warm as yesterday. The couple we shared with yesterday said they were leaving early so when we felt a boat go by assumed it was them.

We were just getting ourselves organised at quarter to ten when they came by, they didn’t go early after all, so we whizzed around and joined them in the lock. The boat that was moored behind us kindly offered to work the bridge so we didn’t have to pull in below the bridge to pick up crew.

the tail of Woolhampton Lock at right angles which pushes you to the left as you leave the lock. This boat is permanently moored there but has loads of fenders along the side of it, even this canoe shot over and hit it. The cut then does a little snake before going through the swing bridge. 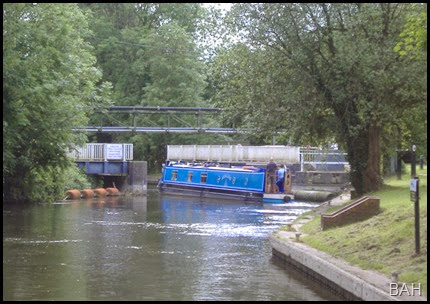 loads of reverse and you have to get your bum over to the right to pull in. Note the notice on the bridge telling boaters to use their stern rope when the stop. Not all do!

Aldermaston Lock has scalloped sides to withstand the bank pressure, there are a couple like this on the K&A. 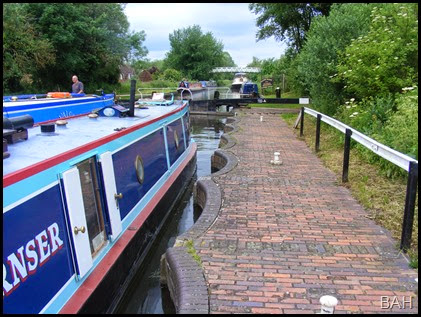 The gate quoins are supported by large timbers set an angle. 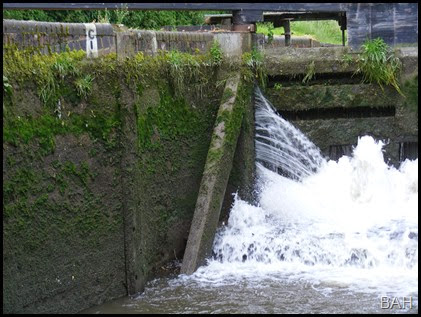 The bottom gate was so heavy that we both left through just the one.  Just below the lock is a lift bridge which is electrically 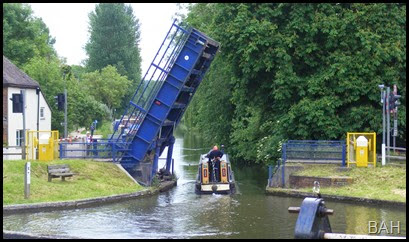 operated thank goodness. The local car drivers know exactly how long the lights flash for before the barriers start to fall. That is not us in the photo but a boat who had been at the services below the lock. Aldermaston boats were busy turning their fleet round, we saw several yesterday heading back to base for this morning.

At Sheffield Lock there lots of work going on around the old mill but it doesn’t look as if they intend to restore this bit. 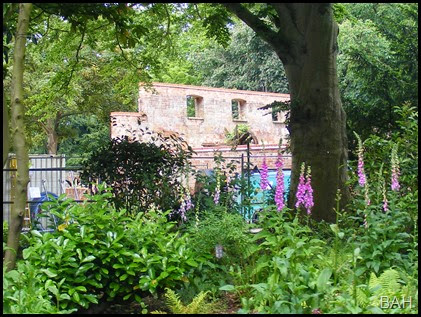 Below Sheffield Lock the pounds was down quite a bit due to the work being carried out just above Garston lock, here 2 CaRT 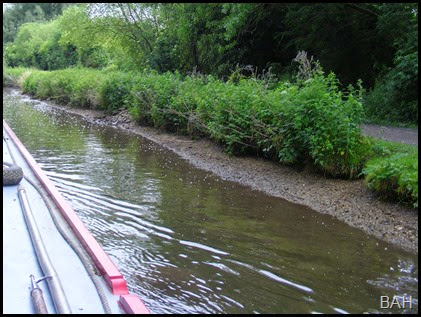 employees worked the lock for us. As there was a boat already coming up they had suspended work so we were not delayed at all. 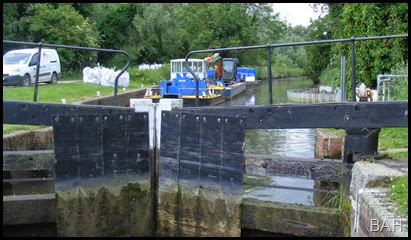 We continued on down stream mooring for the night in the reach above Fobney lock where we were treated to an aerial acrobatic display by a single aircraft doing looks, stalls, twists, rolls and spins. I don’t remember booking him, never mind. 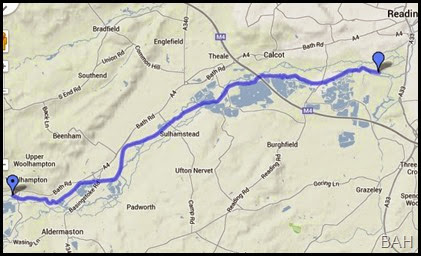