We could hear the wind last night, but where we were moored it was quite sheltered and the highest gust I recorded was only
20 mph. Because it sounded bad we were in no hurry to get away this morning, especially as the forecast was talking about the upper 50s mph. We took a walk up the lock to dump the rubbish and things didn’t seem to bad, so Diana set the lock while I went back to get Harnser.
In the time it took to slip the tiller on, put on my coat and start the engine, the hire boat ahead of us had almost cast off. I am sorry to say, I went passed them just as they dropped the bow rope off, but Diana did have the lock all ready for me.

While in the lock it started raining, nothing to bad, but as we reached Hyde Lock it just threw it down in stair rods. This continued until we left the lock, then the rain eased and the wind died to nothing at all, the anemometer stopped turning.

On our way down I had a bit of trouble getting out of Stewponey Lock so I was quite pleased to have see Ian down near Kidderminster with his motor Truro and butty, he must have come through the lock, so he would have swept it clean. Needless to say, going in was a breeze. 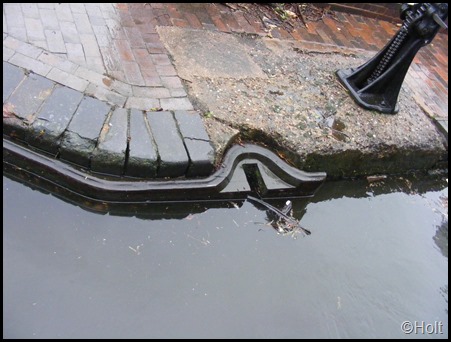 plank grove. This is the only canal where I have noticed these.

As we passed Devil’s Den I slowed right down for a closer look and there snuggled by the rock face was the first clump of Snowdrops I have seen this winter. 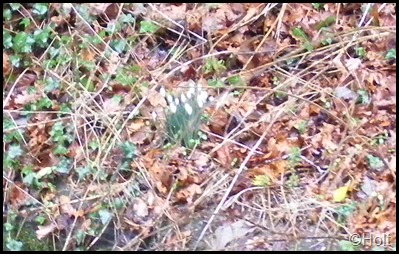 By now it was raining steadily again but thankfully no wind. At Rocky lock the lock was full and against us, not only that but both top paddles were up. I took a photo of the cave by the top gate, as you may just be able to see it is only just visible. I feel sure we looked in here when we had my grandson with us a couple of summers ago. 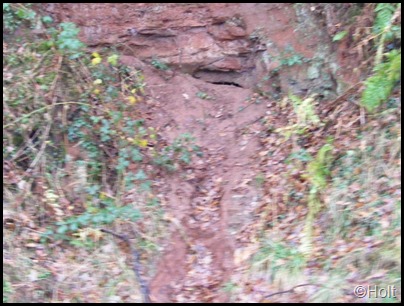 We didn’t go much further after that, a short way past Ashwood Marina mooring up before the Greensforge moorings as we knew they were tree lined and I try if possible to avoid mooring under trees. 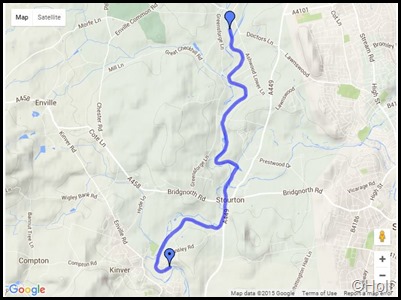