We were away in bright sunshine at 10-15 this morning, we only went to just above the next lock where we moored up and took a short walk around Wolverley, visiting the brick built church on our way. There are some interesting old houses there where part of the walls are carved from stone and then topped off with brick. 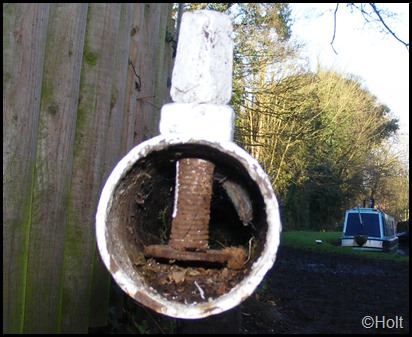 When we returned to the boat I took another photo of the long white pipes that are mounted beside some of the locks and the end bit that looks as if its designed to be turned with a windlass actually has a screw  camp mounted inside the pipe. The pipe is about 4” in diameter and maybe 12 to 15 foot long.

Following our walk we pushed on in the sun passed the winter moorings, who is to blame, the person who decided where the moorings would be of the one that blindly put the notice up? 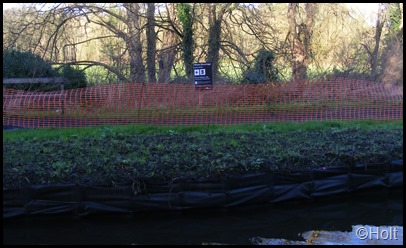 Above Debdale Lock and before Cookley tunnel there is a large works by the towpath, at one time they had their own canal basin for loading and unloading boats. This is now Titan Wheel Works but was at one time Cookley Ironworks. 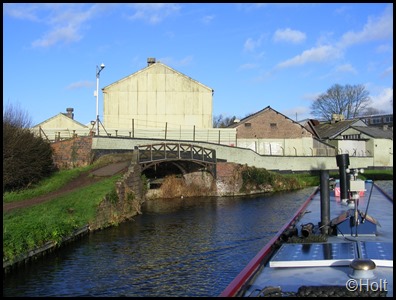 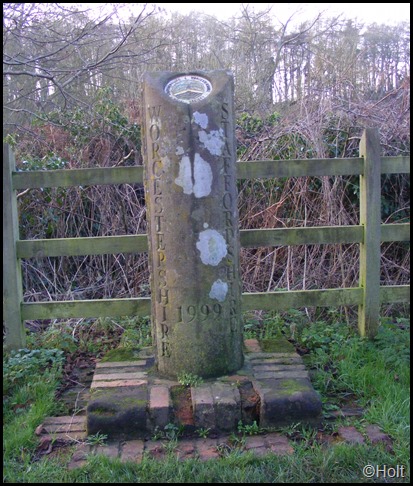 It was quite a short day for us and just after lunch we moored up on the visitor moorings just below Kinver lock. After lunch we took a walk round town and called into the chemist to buy some Beecham’s powders. I feel really sorry for the shop owner, my items came to £4-63 and the smallest I had was a £10 note. It took the two of them four attempts to get my change correct. We were going to walk up to the cave houses but checking online saw they would be closed so went up the other end of town and up to the church. After a short sit down and a photo in the

church yard we headed back down to the boat. 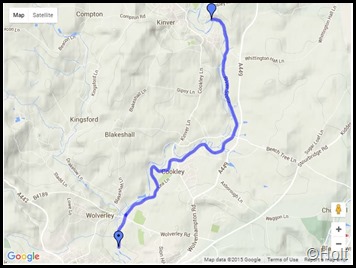