First thing this morning we went for a walk around Stourport, down to the river which is in flood so the locks from the basin down to it are closed. The foot bridge where the young lad was killed 4 years ago still has a scaffolding hand rail and is inspected and signed of as being in good condition every couple of weeks, imagine what that has cost over 4 years, they could have made 2 proper ones by now for that cost. The design is rubbish with big scaffold clamps just at ankle height on the inside of the walkway.
Before we left we filled the water tank as we were moored close enough for the hose to reach. The longest period of sleep I had last night was just under 2 hours as I didn’t hear the clock strike 12 and I am not sure about 1 am. but I heard all the rest.

We set off at just after 11 am. Moored above the lock there is a rather strange boat moored. It is pointed at both ends and I suspect its powered by 4 thrusters all pointing in different directions 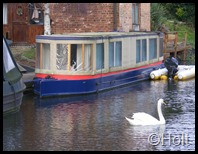 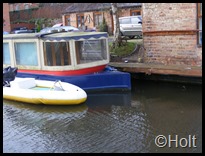 By now the sun was out and it was feeling quite pleasant. Mitton bridge crosses the canal on quite a slope, I bet that’s fun when its a bit icy with the cold air blowing underneath it. 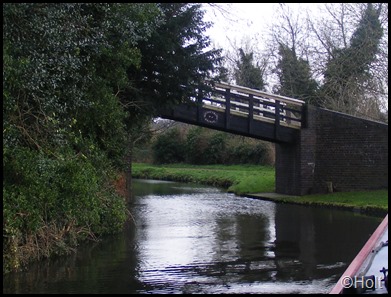 There is an old basin right beside the railway viaduct at  Mitton, this is looking into it as we passed along the canal and to pull 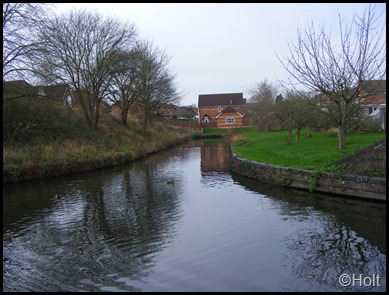 the boats from the basin they had a pulley wheel mounted on the towpath opposite the entrance, so the horse could walk along the towpath to pull the boat out.

The canal runs under the railway arch and the basin is off to the right, the pulley is just near the bottom of the steps. 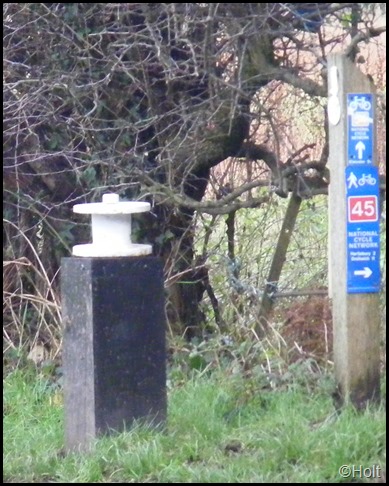 We stopped for a few minutes at Pratt’s Wharf, here there was a branch of the canal that went under the towpath bridge and down one lock to the River Stour to service the iron works at Wilden. No you cant get through there today but you can still see the remains of the lock walls. 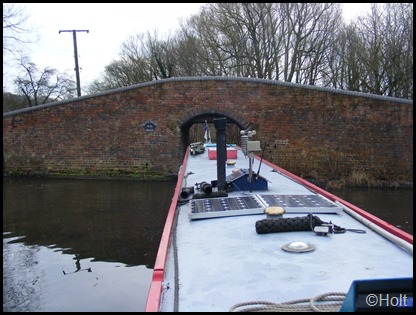 Just before Caldwell lock we had to negotiate a fallen tree again, we had to get round it on the way down as well. 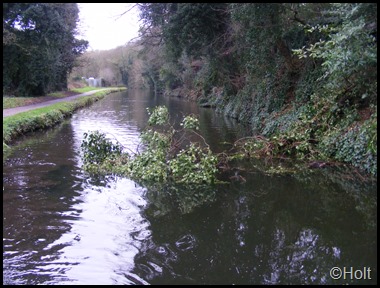 The bottom gates were wide open on Caldwell lock so its as well they have anti vandal locks on the paddles. As Diana closed the gate behind me a Mink dropped into the water from behind the gate, he must have been sitting on some broken bricks up there and plopped down as soon as the gate swung. We carried on up through Kidderminster passing a boat moored on the offside that had had a stone through the window. Kidderminster also has anti vandal locks but only on the top gates which strike me as being a bit useless as anyone could open the top gate and then draw the bottom paddles.

We continued on up through Wolverley Court Lock before mooring for the night just above the lock.

You may remember on our way down I mentioned that two out of the three bridge supports had snapped off, well looking closer today, the third one isn’t doing anything as you can see daylight between it and the bridge deck. 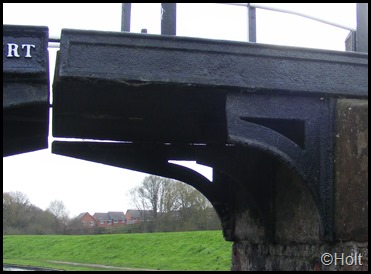 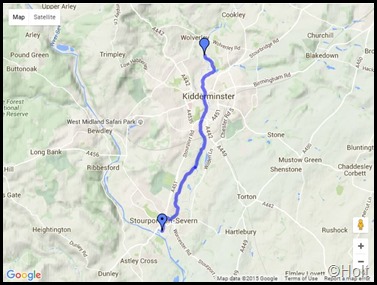 Hello. I have had some intermittent correspondence with CRT about the locktail bridge at Awbridge. I was told that both Awbridge and Stourport were awaiting designs and permissions. I have recently heard that 'scheduled ancient monument consent' has been granted to install a handrail at Awbridge. It therefore seems quite possible that Stourport is at a similar stage. It has taken a long time.

My main concern with Awbridge is the small gap between the scaffolding and the road bridge on the offside of the lock. It will be interesting to see if this issue is addressed by the design of the permanent handrail.

Hope this is of some interest. Marty Seymour