Last night we went to a Turkish restaurant a short way from the moorings, it had some first class reviews on Tripadvisor  and it certainly lived up to them. Meze in Frodsham Street.

last nights moorings were reasonably quiet for being in a City, the road by the canal is a dead end and I only heard one group of walkers going by.

This morning we set off at 1030 am passed the City walls and the older 48 hour moorings at King Charles tower moorings, there was only one boat here last night but it looks quieter than where we were. 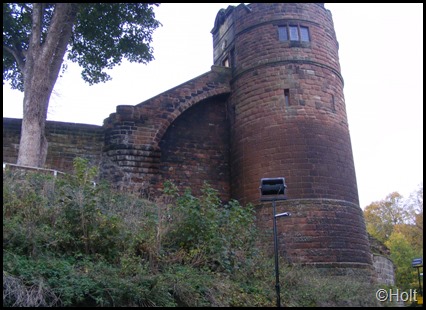 When we arrived at Northgate Staircase Locks the hire boat we had seen yesterday was sitting above them. It turned out they had tried to go down, but there was so much water coming in through the closed top gates they couldn't get a level with the middle pound, so they refilled the lock and came out. We set the locks again and had another try together, this time the top gates were almost leak free so that was that problem solved, however it was still a struggle opening the bottom gate of the top chamber as the level in the middle chamber seemed to be slowly slipping away and these locks are not that well endowed with paddle capacity, but an extra bum on the beam sorted it. After that it all went to plan. The gates of the locks have foot/hand 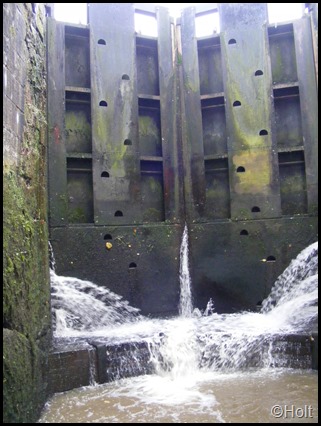 holes cut into them, probably harder to use than the slimy ladder I went down. At the bottom a boat had arrived and was waiting to go up, so they had to reset all the levels before setting off.

As you leave the locks the canal turns right under the railway and then on the right is Telford’s Warehouse now an entertainment venue and use to be the cause of sleepless nights for boaters moored down there. 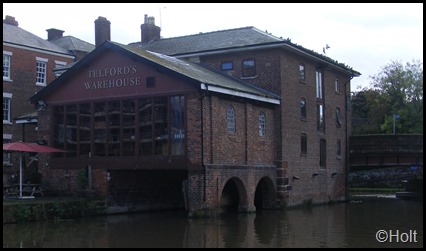 There has been a lot of new development along the canal since we were this way last, also the Shropshire Union Canal Society have put in several 48 hour mooring sites between Chester and Elsmere Port.

A short way before bridge 134 there are a series of small square posts in the grass between the canal edge and the towing path, they look like the pegs builders use when setting out a site, does anyone know what they are for? 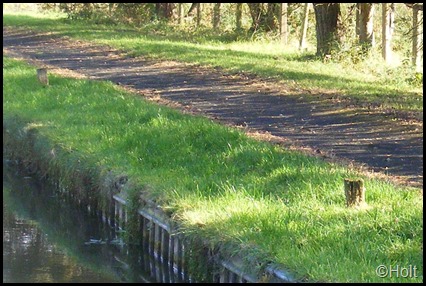 One of the old boatyards near Elsmere has now disappeared to be replaced by a large industrial estate. 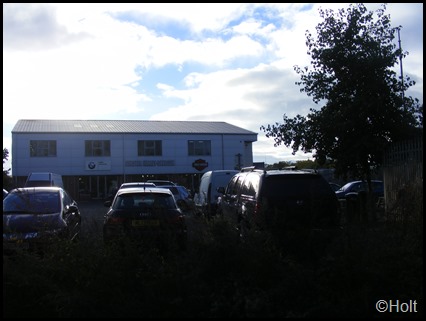 As we approached Elsmere Port we were waved down by a policeman enquiring as to whether we had seen a man on a mobility scooter with an air gun.Unfortunately we were unable to help them with their enquiries.

On the final approach to the museum there are two new bridges very close together, the 146a carrying both lanes of the M53 and the channel is continuous through the two, so the trip boat coming the other way had to wait while we came through, for a Narrowboat the channel is quite wide, but for the trip boat which is a bit wider its a tight fit.

We moored just before the entrance to the museum and went for a walk round the outside of the basins. The bridge that gives access to the Holiday Inn looks unused, well the locks allowing bots to pass under it does, but on closer inspection all the chains and moving parts have been sprayed with a silver protective grease, such a shame they swung the bridge after applying it and wiped it all off the exposed hydraulic ram. We returned to the boat and after winding made our way back in the direction of 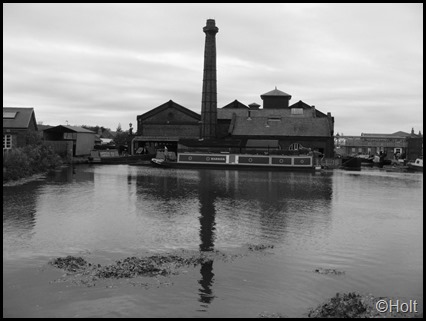 Chester stopping after an hour for the night by the village of Stoak.

The map from tomorrow which is the same as today but in the other direction. 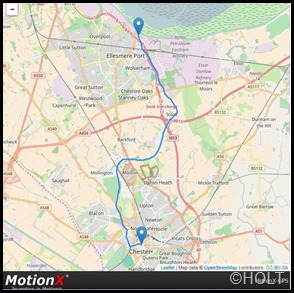 A small correction, if you will forgive me: Telford's Warehouse is on the right having come down the locks.