Again the weather was better than expected, rain had been forecast but it stayed dry all day, quite dull and turning cool this afternoon. We set off from out very quiet mooring at about 1030am, both pins were still well in which was good considering a boat passed in the dark, thanks for going slowly whoever it was. 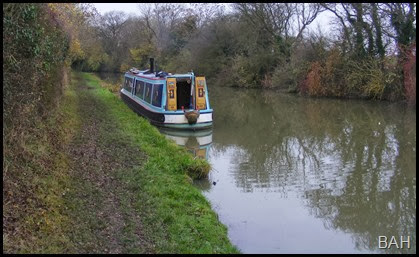 We met a few boats in the course of the day, some I recognised and some I didn’t, I quite liked this sign as we approached The Barge moorings, I don’t really believe its a genuine CaRT sign. 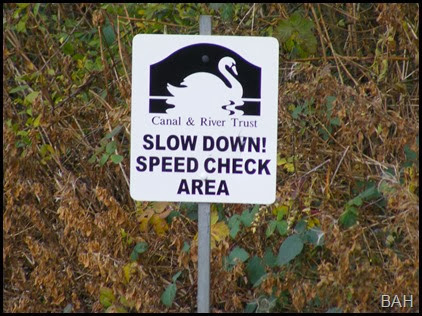 The moorings however looked grand and if I was looking to base the boat in this area I would definitely make enquiries with them.

Is we made our way along the canal I was playing with my latest toy, a Rocket USB adapter external WiFi Aerial. It works quite well but most of the hotspots I hit were locked or too weak. We wanted to watch last weeks episode of The Last Tango in Halifax. We finally came across a good BTinternet signal at Market Bosworth so we moored there for the night where we were able to catch up before the third episode tonight.

When we moored up just passed the water point and bridge 42 we were greeted by a crater and a construction site. On the towing path side they are excavating a new marina. 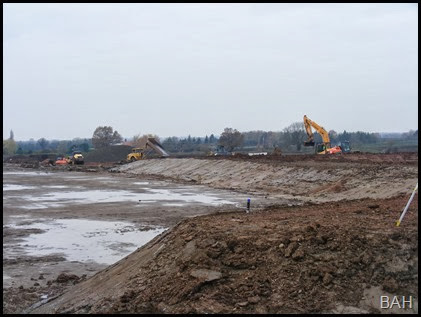 CaRT have a stoppage planned for early next year to connect it. So far its a big hole with no piling installed yet, although they were moving a few pieces this afternoon, but they have got the channel installed with the stop plank groves in it where it will tie into the canal. 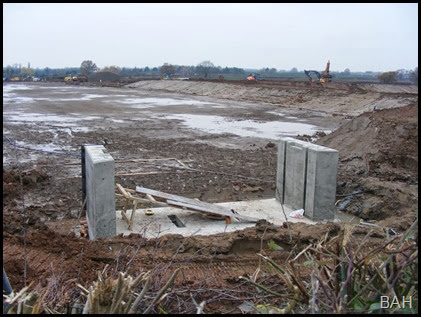 They have also set an area aside for plants etc to mitigate the effect all the boats will have on the local SSSI. 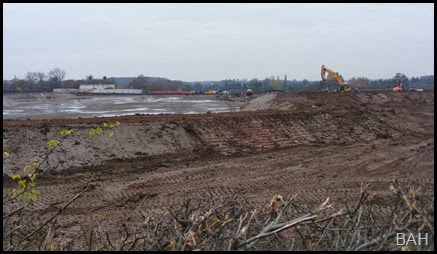 to the right of the bund, between the basin and the canal.