Last night was so quiet, there was no wind and not a sound, we were all alone on the GOBA mooring and for those that think its not worth the money joining for just a holiday, where else would you get a mooring like this included. 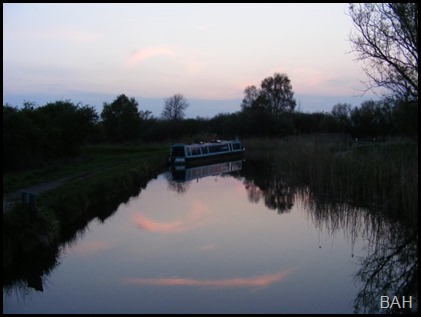 This morning we were awake at silly o’clock when every bird, animal and insect was shouting its head off. Then the weather was fine, but by 7-30 we had a gentle but steady rain, however it had cleared up before we set off.

Not only do they have some very hansom Highland Cattle to 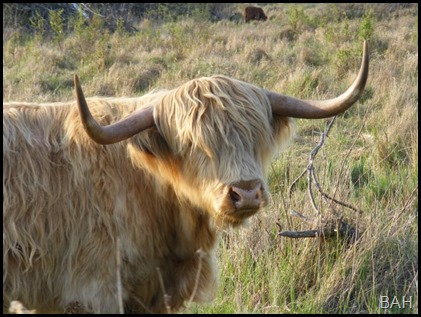 control the vegetation growth there is also a heard of horses living wild on the reserve. 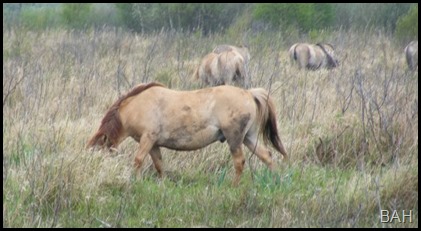 Lock to find the EA in attendance, 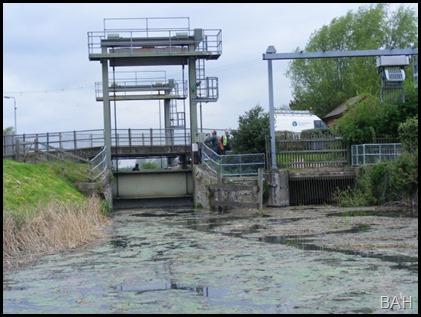 the lock had been playing up and they were waiting until we and the boat in front had locked out onto the Cam before testing it in automatic mode. As you can see the dreaded green weed has started to show its presence.

Once through the lock it was down stream towards the Gt Ouse, by now the sun had gone and the wind had freshened, gusting up to 25 MPH. the sky dark and threatening, but the rain held off. We passed a pair of unlikely neighbours, a Grebe and a Coot 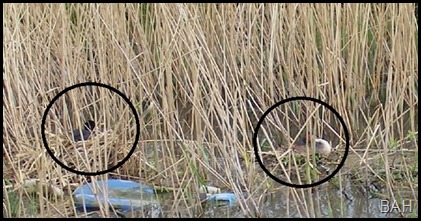 nesting less than a meter apart in what appeared harmony. I wonder if that will continue when the chicks hatch out. You have to look closely but the Coot is on the left and the Grebe on the right.

At Popes Corner we changed plan and turned left along the Old West River, there is just one boat here moored at the Fish and Duck moorings and work is still progressing along the river bank.

When the Fish and Duck closed at the end of the year some of the boats took over what was the GOBA moorings at Stretham. It looks as if these are to become permanent moorings as there was a team there laying water and electricity along the bank.

We have moored for the night at the GOBA moorings for The Lazy Otter where this evening we will check for you that the food and beer is still of a good standard.