The first movement we saw this morning was Pat and Sheila reversing by us to head back down the 6 Crow locks as they decided not to visit the pools. Although the agreed set of time from 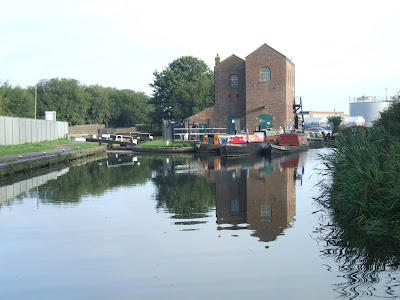 the  Pump House was 9-30 a couple of the boats had gone up early and we would meet them as they came back, stopping to meet them also coincided with me getting an arm full of old clothing round the prop which held us up for a bit and allowed Graham to overtake. As we left the mooring Joanna with a butty were about to set off. 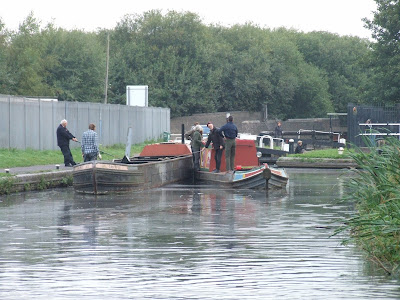 Graham made his way straight to the far pool with me following a bit behind, I don't think the fishermen were too impressed with all the activity, especially as I passed one at about 4 MPH  as he was the first hidden in the offside bushes. I was able to get some photos of Graham as he came round in the pool 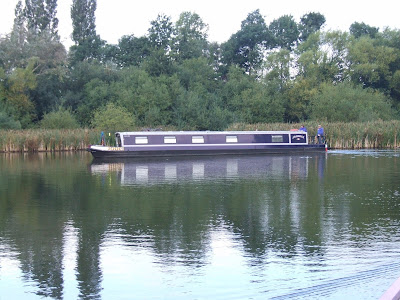 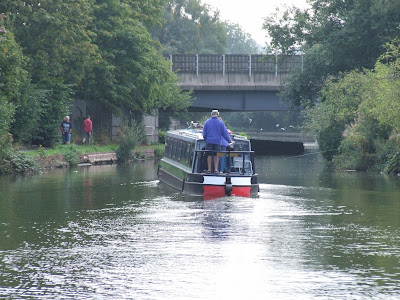 I followed him under the bridge and took a short cut into the pool by reversing through a gap in the bank beside the motorway. In the second pool I decided to see if I could actually get under the motorway between the concrete legs, the answer was yes. 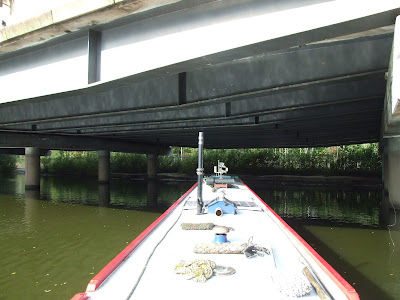 By now Graham had come into the basin at the top 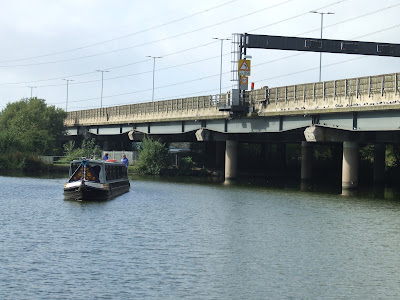 and shortly afterwards Joanna and butty joined us. 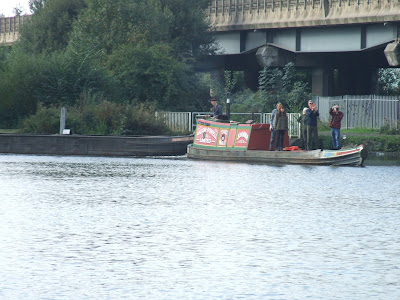 They had a full complement of passengers on the deck out for the ride. I was able to get a bit of video as they came round in front of the motorway.

we then made our way without incident to the top of the locks where we assisted both the boat ahead and graham down the flight. This map shops out route around the pools. 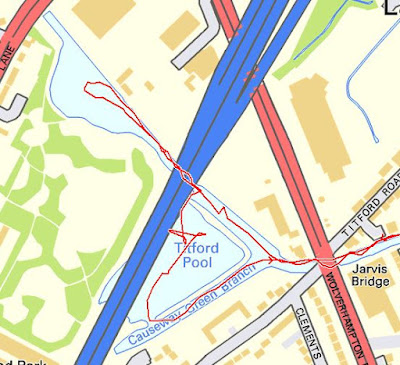 After we had helped the others down the flight we had lunch before setting off down the 6 Crow locks and turning left at the Old Main Line. We carried on to Brades Hall Junction where we turned right down the Brades staircase locks and through to the New main Line, turning left until we came to the next junction, Dudley Port Junction where we turned left again to Netherton Tunnel, 30 minutes in the dark and we were the other side of the hill and ready to turn left yet again at Windmill End Junction down the Dudley Number 2 canal through Ghostly Tunnel to Hawne Basin where we have moored for the night on the service wharf, Dee did have a mooring ready for us but as we will just do a pumpout and fill with diesel first thing tomorrow and then leave we will be fine here. 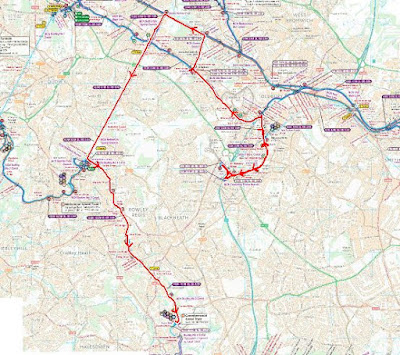