Well a bit different for us today as Graham and Brenda picked us up by car and took us to the NT property Packwood House where we spent the morning walking the grounds and visiting the house.

We finally slipped our moorings at 2 o'clock and chugged down to the Knowle flight of locks, no sign of anyone coming up and locks empty so while the top lock was filling Diana went and set the second, I was surprised to see someone walk up with a windlass and speak to her, turned out it was the boat ahead going down telling us it was low below lock 49 and they were stuck and had called CRT. Us locking down topped the pound up to weir level but were still stuck firm, so I passed a line and towed them free and they joined us in the last two locks. The side pound beside lock 47 looks in a bad way, of course that are not used now and I had completely forgotten they existed. 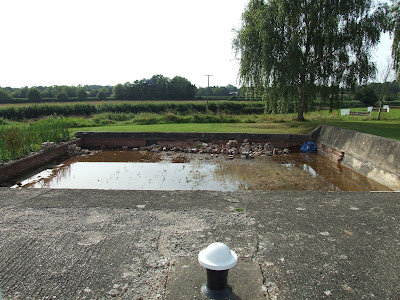 For those that don't know the Knowle flight has square pounds between each lock and for some reason when emptying a lock it sets up a very strong rotating current in the pound below, if you try to hover because the next lock is not set the boat will just spin.

There is a new marina being constructed just below the locks, its a long narrow channel with pontoons on ether side running parallel to the canal with the entrance in an excavated square at the south end. 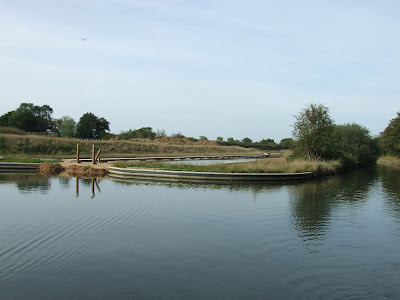 We carried on down the Grand Union canal stopping for water at bridge 66 and then on to our final destination for the day, the Navigation pub for dinner with Graham and Brenda. 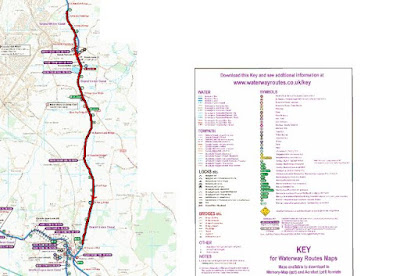