Boats were on the at about 7am this morning as those on the John the Lock moorings had to go passed us and wind to be facing in the right direction. Moored directly in front of us were 2 day boat and also Mike with his tug Joanna, he was planning to tow both of these 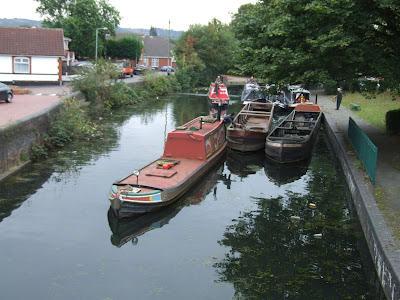 to the Bradley workshop. Here is a short video of him picking them
https://youtu.be/rg7CLx3tMNY
up before setting off along the Wolverhampton level with them both in tow. 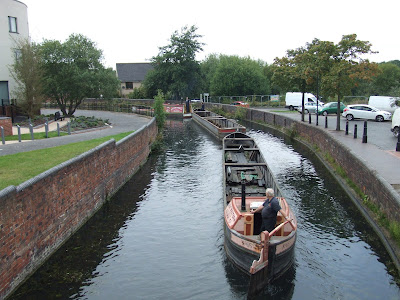 We were second to last to leave followed by Graham who was moored on the inside of us. It was a very slow journey as we all trapesed along in procession to Deepfields Junction where we turned up the Bradley arm.

I have never seen so many "Dabchicks" Little Grebes as I saw today down this canal, they were everywhere . 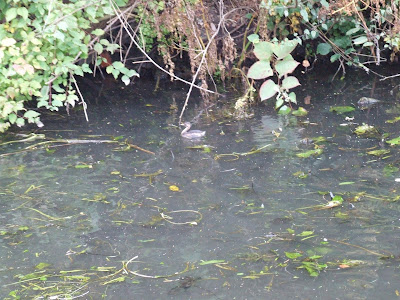 For some reason Graham decided to lift his bike from the well deck and put it on his roof, I was expecting both to end up in the canal at any moment. 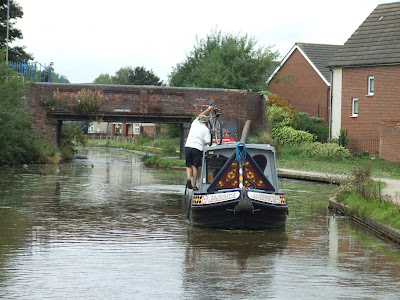 When we reached the terminus there was just one space left in the basin, some boats had decided to moor outside the basin. 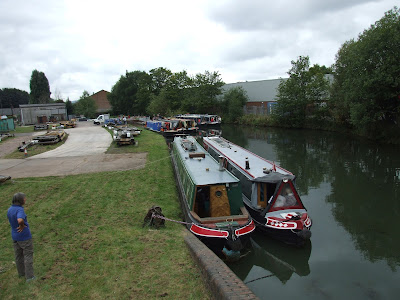 The entrance to the basin is on an angle so to get in you motor past and then reverse back in. 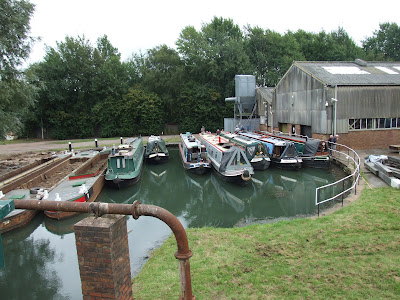 Last time we did this when it was time to leave we were just able to turn right and motor straight down the canal, since then they have piled the offside bank making the canal about two foot narrower, so like the longer boats we had to turn left and then turn round in a wider section of the canal to make our way back to the main line. Unfortunately today the workshops were closed, in the past we have been able to look round inside, but I did spot these miniature lock gates out in the yard and yes they open. 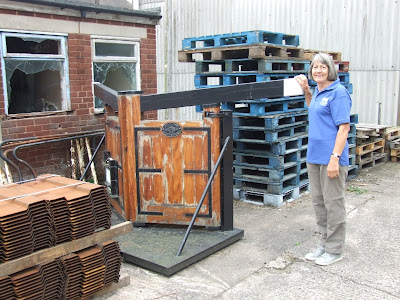 After lunch people started leaving in there own time, this meant there was no one directly ahead of us, I had to stop once to clear the prop of weeds and polly but other than that we had a good run to the end where we caught up with some of the boats ahead. The Wolverhampton level was more problematic with lots of people having problems, I think this was due to the weed we had all chopped up earlier now just floating around. 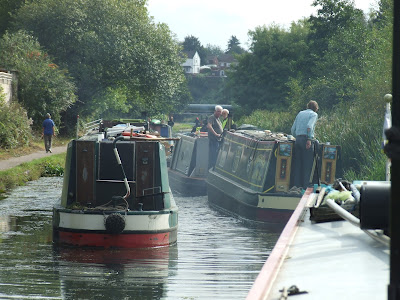 It was nice to get a stretch of weed free water going through the 360 yard Crossley Tunnel, not only is this a wide tunnel, 2 boats can meet and pass but also it has a tow path each side and a high roof. Did I mention it also drips. 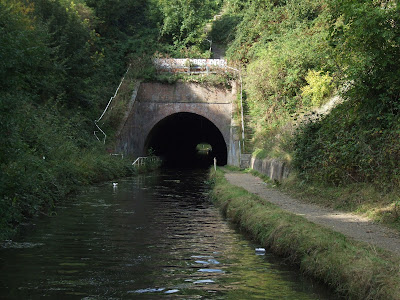 We didn't have to visit the weed hatch until we reached Tipton, but going was getting a bit slow by then. We carried on through Tipton to Oldbury Locks Junction where again we caught up with some more of our party as they waited their turn to climb the 6 Oldbury or Crow lock to reach our destination for the night. 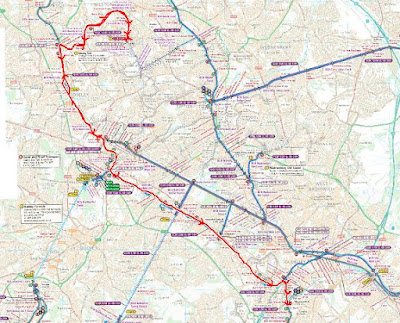