This morning Graham and Brenda took us for another day out, this time we walked to the indoor/outdoor market where I have never seen so much fish on sale, like wise the meat, loads of fruit and veg stalls plus anything else you could think of. Returning to the boats we had a quick lunch before setting off at mid day heading to Tipton where we were meeting up with lots of other boaters for a convoy up the Bradley Arm tomorrow.

We set off round the Oozells loop back to the New Main Line, on the way we passed this flat where the owner has completely filled the balcony with flowers, its the most I have ever seen crammed onto a balcony. 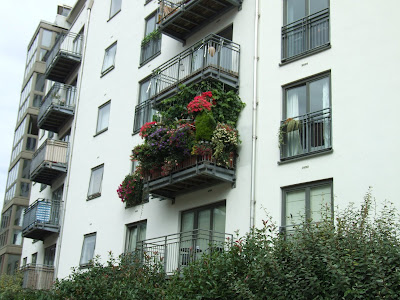 Once on the Main line we followed Graham at a reasonable distance until he turned left round the Port Loop, we carried straight on and then turned right round the Soho Loop. Just inside the loop there is a massive building project going on. 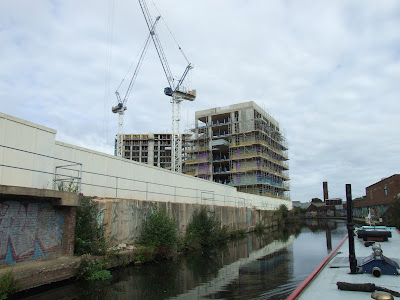 Just before the end of the loop we passed this goose which I think is a cross bread. 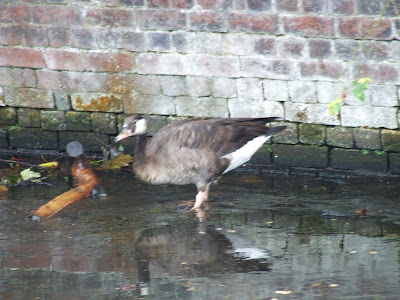 It was just after this that the going got heavier with the silt and I think it was here that I think I picked up the polly. Back out on the main line we turned right and could see Graham away in the distance, we did a bit but then I gave in and cleared the prop. We caught up with Graham again as Brenda was about to take the boat into Smethwick Locks on the Old Main Line, for some reason the bottom lock beam has number ten on it. 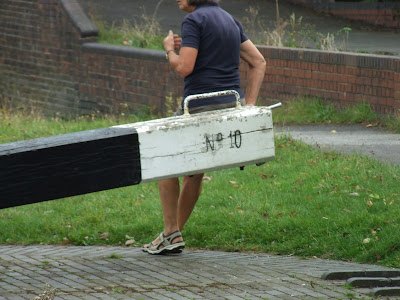 By the time we reached the second lock the sky was turning grey but the sun was picking out the top of the Mosque nicely, as I got the camera out to capture it and was framing the picture a small flock of geese came over and dropped into the frame. 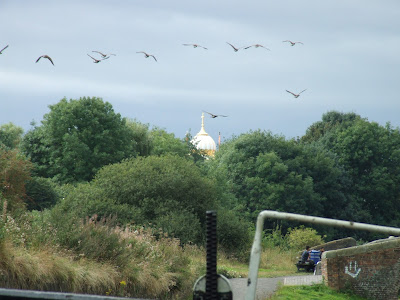 At the top lock they have competed restoring, yet again the imitation toll both but it now supports a light tube it the top of the roof. I wonder how much more money CRT will spend on this folly. 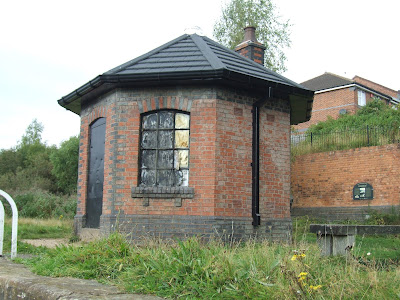 Two wooden sculptures have appeared on the offside, one opposite the pumphouse and the other at the entrance to the Summit Tunnel. 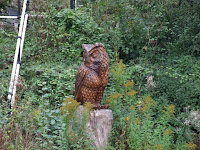 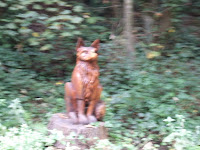 From here it was a steady chug to Tipton Junction, a short way before the junction we caught up with a very slow boat who kindly waved us passed, we later found out they had a badly fouled prop. When we reached Tipton there were already lots of boats moored near the park and since we have been here many more have arrived, I think there are about 20 at the moment. 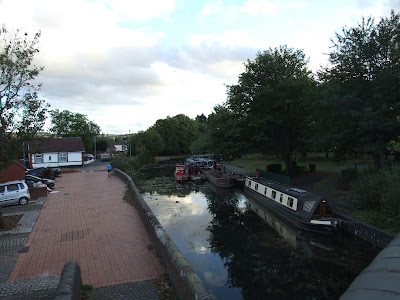 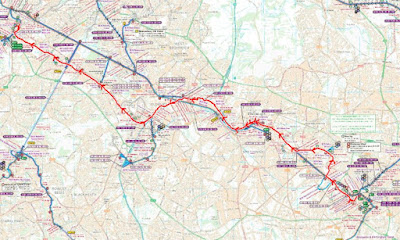 In this month’s (October) Canal Boat magazine, there is a three page Martin Ludgate article on Smethwick’s lost locks, which explains why that lock has number 10 on it.