Yesterday evening it started to rain, so no frost. We had moored under a smallish tree, they are difficult to avoid along this stretch of canal, this resulted in water dripping in large droplets onto the roof, it sounded like someone with a pea shooter.

This morning was dry and much warmer than of late and we set off at 10am, not before Matt, a professional boat mover had been passed taking a boat to Debdale Wharf, we caught up with him at the top of the locks.

The local farmer had his straw well covered, from a distance it looked like two large tents in the field. 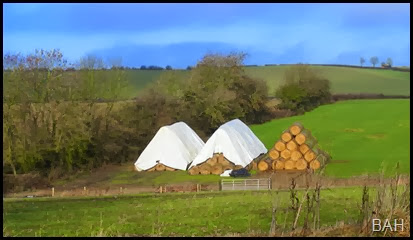 Then on the towing path we spotted these out for a morning walk, they are Red Leg Partridges, commonly know as French Partridge.

Not long after this our way was blocked by a CaRT work boat that was only attached to the bank at one end. 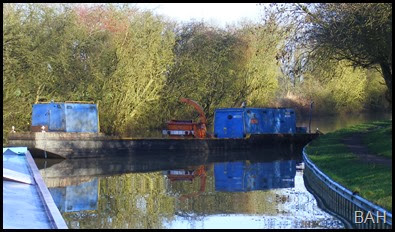 The reason for this was literally “Blue String” that had been used to tie the front end up. It had cut through where it was round the back of the sharp piling. As I didn’t fancy donating a rope to CaRT I retied it with several terns of the said string. I 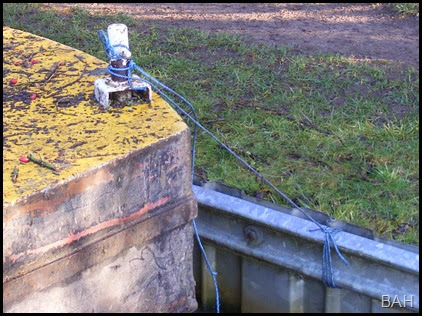 don’t know how long it will last this time.

We arrived at Foxton Locks to find Matt waiting to go down, as you can see there is plenty of room on the visitor moorings. 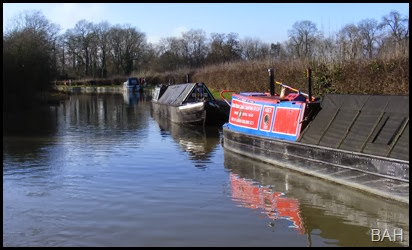 Diana walked down the lock and met Matt half way, the lock keeper was off sick and there was one boat coming up. Diana met them and helped with the locks, in the meantime two more boats arrived wanting to go down. Once the upcoming boat was clear we helped Matt down the first couple of locks before starting down with Harnser. Once at the bottom we turned right to Market Harborough. I always thought that the moorings in front of The Locks Inn were the pub moorings, but CaRT have just erected signs saying they are 1 day visitor moorings. 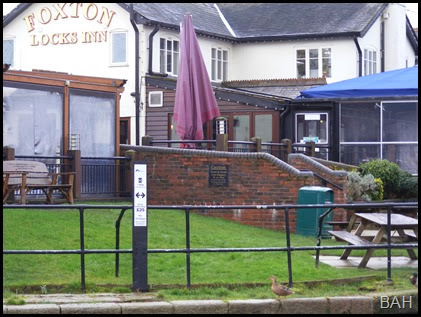 Although CaRT have a program of cutting the offside overhanging trees along this stretch they have not got as far as this tree yet. Why this boat had to moor directly opposite it I don’t know,as you can see he is the only boat moored in the area. 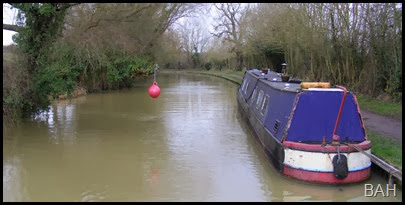 CaRT are installing a lot of mooring rings along this section, it will be interesting to see what restrictions they put on their use. 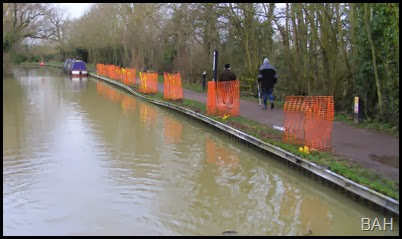 We moored up just before the basin on the 48 hr moorings right behind Matilda Rose, Graham came out and took a rope for us and then we joined him in a cup of tea and the pleasure of a dog sitting on each of our laps.

There's going to be such a lot of changes to get to grip with when/if we ever come back and we've not been away that long!